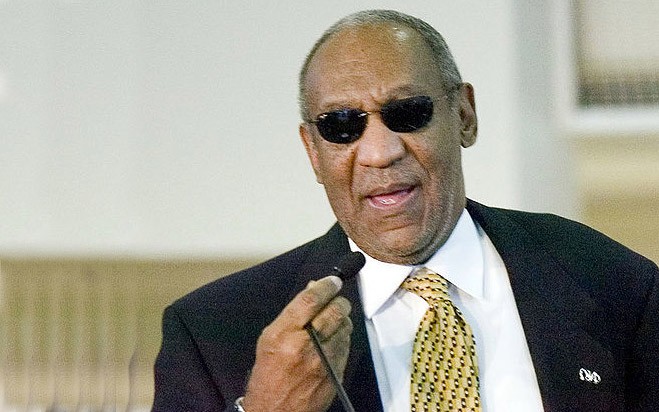 I had my doubts that Bill Cosby actually said this, but it turns out that he really did at a speech he gave at the NAACP in 2004. As far as I know he has not been invited back since. The speech has been both praised and scorned, but Mr. Cosby has not backed down in the slightest.

“They’re standing on the corner and they can’t speak English. I can’t even talk the way these people talk: Why you ain’t, Where you is, What he drive, Where he stay, Where he work, Who you be…

Everybody knows it’s important to speak English except these knuckleheads. You can’t be a doctor with that kind of crap coming out of your mouth. In fact you will never get any kind of job making a decent living.

People marched and were hit in the face with rocks to get an Education, and now we’ve got these knuckleheads walking around.

The lower economic people are not holding up their end in this deal. These people are not parenting. They are buying things for kids. $500 sneakers for what?

And they won’t spend $200 for Hooked on Phonics.

I am talking about these people who cry when their son is standing there in an orange suit.

And where is the father? Or who is his father?

People putting their clothes on backward: Isn’t that a sign of something gone wrong?

People with their hats on backward, pants down around the crack, isn’t that a sign of something?

Isn’t it a sign of something when she has her dress all the way up and got all type of needles going through her body?

What part of Africa did this come from??

We are not Africans.

Those people are not Africans; they don’t know a thing about Africa.

I say this all of the time. It would be like white people saying they are European-American. That is totally stupid.

I was born here, and so were my parents and grand parents and, very likely my great grandparents. I don’t have any connection to Africa, no more than white Americans have to Germany , Scotland , England , Ireland , or the Netherlands .

The same applies to 99 percent of all the black Americans as regards to Africa . So stop, already!

Brown or black versus the Board of Education is no longer the white person’s problem.

We have got to take the neighborhood back. People used to be ashamed. Today a woman has eight children with eight different ‘husbands,’ or men or whatever you call them now.

We have millionaire football players who cannot read.

We have million-dollar basketball players who can’t write two paragraphs.

We, as black folks have to do a better job.

Someone working at Wal-Mart with seven kids, you are hurting us. We have to start holding each other to a higher standard..

We cannot blame the white people any longer.”

Mr. Cosby took a lot of heat for his speech afterwards, but he was unrepentant. Unlike many entertainers who speak out about some cause, Cosby also has a Ph.D in education, is well known for his charitable donations, and is highly respected within the community.

In reply to one critic, he said, “It makes no sense to claim that these are things that belong quietly in the black community. We have to figure out how do you get parenting back into the home.”

But one is left to wonder, how did parenting get removed from the home in the first place?