Most of the time, on most subjects, Rebublicans are quite reasonable. But sometimes on some matters they are quite insane.

Case in point: There is a deal on the table with Iran in which:

Inspectors will also not just monitor but be required to pre-approve all sales to Iran of nuclear-related equipment. This provision also applies to something called ‘dual-use’ materials, which means any equipment that could be used toward a nuclear program.

In other words, Iran would be left with less Nuclear capability than Bulgaria, Belgium, or Argentina. Oh wait, Iran’s nuclear capability is ALREADY lower than any of those nations, and the new cutbacks would put it somewhere below that of Slovenia. 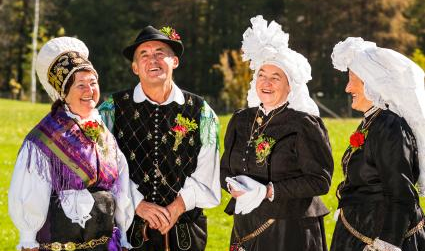 Unfortunately, it’s politics as usual in Congress as Republican hopefuls blast the deal, saying the agreement is dangerous for the United States and its allies.

“Obama’s dangerous deal with Iran rewards an enemy, undermines our allies and threatens our safety,” said Wisconsin Gov. Scott Walker, who added that if elected, he will pull the U.S. from the deal on “day one” of his presidency.

Jeb Bush said, “The reported details of the Iran deal include significant concessions to a nation whose leaders call for death to America and the destruction of Israel.”

“This attempt to spin diplomatic failure as a success is just the latest example of this administration’s farcical approach to Iran,” said Florida Sen. Marco Rubio.

Senator Mark Kirk said: “I would say that Neville Chamberlain got a lot more out of Hitler than Wendy Sherman got out of Iran.”

And there lies the problem with “mainstream” Rebublicans. They are all suffering from an acute case of “Churchillitis,” as if stuck in a time machine, they all think it is still Munich 1938, and they all want to be Winston Churchill.

And what does President Obama have to say about the deal on the table right now?

“We are powerful enough to be able to test these propositions without putting ourselves at risk. And that’s the thing … people don’t seem to understand,” the president said. “You take a country like Cuba. For us to test the possibility that engagement leads to a better outcome for the Cuban people, there aren’t that many risks for us.“

“It’s a tiny little country. It’s not one that threatens our core security interests, and so [there’s no reason not] to test the proposition. And if it turns out that it doesn’t lead to better outcomes, we can adjust our policies. “

“The same is true with respect to Iran, a larger country, a dangerous country, one that has engaged in activities that resulted in the death of U.S. citizens, but the truth of the matter is: Iran’s defense budget is $30 billion. Our defense budget is closer to $600 billion.”

“Iran understands that they cannot fight us.”

“Israel is right to be concerned about Iran, and they should be absolutely concerned that Iran doesn’t get a nuclear weapon.” But, he insisted, this framework initiative, if it can be implemented, can satisfy that Israeli strategic concern with more effectiveness and at less cost to Israel than any other approach. “

“We know that a military strike or a series of military strikes can set back Iran’s nuclear program for a period of time — but almost certainly will prompt Iran to rush towards a bomb, will provide an excuse for hard-liners inside of Iran to say, ‘This is what happens when you don’t have a nuclear weapon: America attacks.’

“We know that if we do nothing, other than just maintain sanctions, that they will continue with the building of their nuclear infrastructure and we’ll have less insight into what exactly is happening.”

I see nothing wrong with this reasoning, nor with the deal at hand, but it is nowhere near enough for Churchill ‘wannabee’ Senator Lindsay Graham.

“The best deal, I think, comes with a new president. Hillary Clinton would do better. I think everybody on our side, except maybe Rand Paul, could do better,” Graham said on CBS’ Face The Nation.

Precisely what deal does Graham expect? For Iran to kiss his ass?

Most of the Republican candidates seem to believe that negotiation means surrender. Of course surrender implies war. Haven’t we had enough wars?

I am no fan of President Obama, frankly his administration has been a comedy of errors on just about everything, including some atrocious foreign policy blunders, but this deal is not one of them.

This deal is actually worthy of a Nobel Peace Prize winner.

I am tired of political hypocrites who are against anything just because someone in the other party wants it. Republicans still will not admit that Romneycare and Obamacare are the same damn thing.

The only way to break the cycle of war is diplomacy. Everyone should cheer this effort.

The worst that can happen is Iran reneges and sanctions are put back on. The best is an end to Iran’s nuclear weapons program, free-flowing oil, and vastly improved relations with Iran.

If Republicans don’t approve this deal, then what deal short of dropping bombs do they actually want? What “deal” does Cruz want? Walker? Rubio? Bush?

Based on their statements, I wouldn’t vote for any of them.

I suspect many independents, libertarians, and swing voters feel the same way. People are tired of wars and this deal is the only chance to avoid war.

And spare me the sap about Hitler. Iran has its problems but it is not seeking world domination. Oh, there is a resemblance to Munich 1938, but Senator Lindsay Graham resembles neither Chamberlain nor Churchill in it. 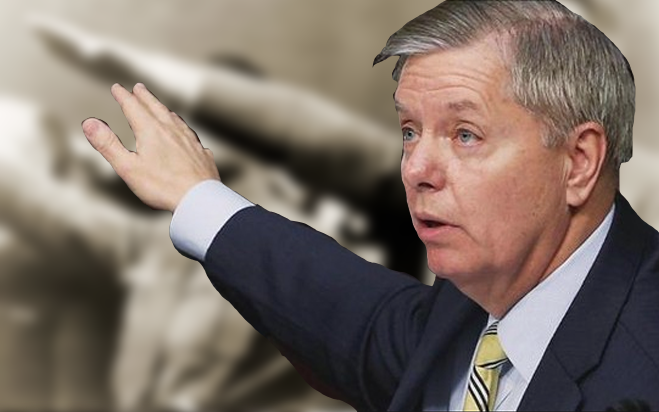 If 2016 comes down to a vote between war or peace, I’m afraid we’ll be looking at 4 or more years of Hillary, and that quite frankly is a lot more scary to me than Iran will ever be.

I am more than pleased that Graham blasted Rand Paul over Iran. His willingness to endorse Hillary over Paul confirms one thing I was already pretty sure of: Rand Paul is not only the best Republican candidate, he is the only one worth consideration.