April 29th, 2017
Marxists Upset They Have to Pay to Visit Karl Marx Grave. 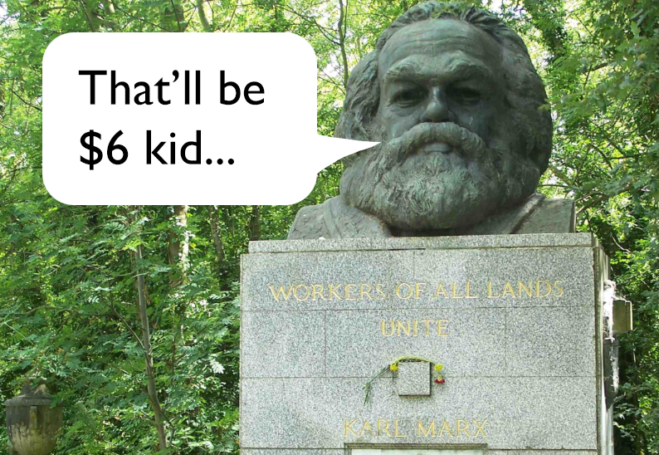 Despite being famous for advocating a system without private property or money, Karl Marx grave is in a private cemetery that charges a $6 entry fee.

Oh the irony. If Karl Marx only knew what had become of him he’d be turning in his grave. Young devotees of the original Communist are rather upset at his capitalist end.

Thus far there have been two attempts to blow up Karl Marx grave.

One young marxist whined, “There are no depths of irony, or bad taste, to which capitalists won’t sink if they think they can make money out of it.”

While another refused to pay at all, settling for a glimpse of his hero from over the fence.

It isn’t the first time skeptics of capitalism have been upset at the treatment of their bearded messiah. At one point the chapel sold souvenir mugs with Marx’s picture, and some years ago an Italian fashion brand did a photo shoot for an advertising campaign around Marx’s grave.

“They do complain, and tell me Marx would be turning in his grave,” Ian Dungavell, a member of the Friends of Highgate, told the Journal. “But I tell them, it’s redistribution in action, because all the money we generate goes back into the cemetery.”

“Marx believed that labor should be rewarded, he didn’t believe that you could achieve a classless society simply by refusing to pay for things.” 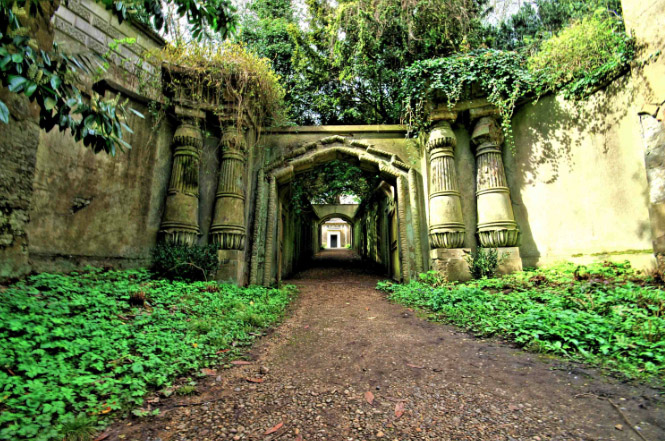 Karl Marx grave was chosen by friends and family after his death, but was not at the current location. The original grave had only a simple tombstone, the new larger one complete with a statue of Marx was built in 1954 by the Communist Party of Great Britain.