November 14th, 2016
Did a Canadian Mayor Refuse to Remove Pork from Menu for Refugees? 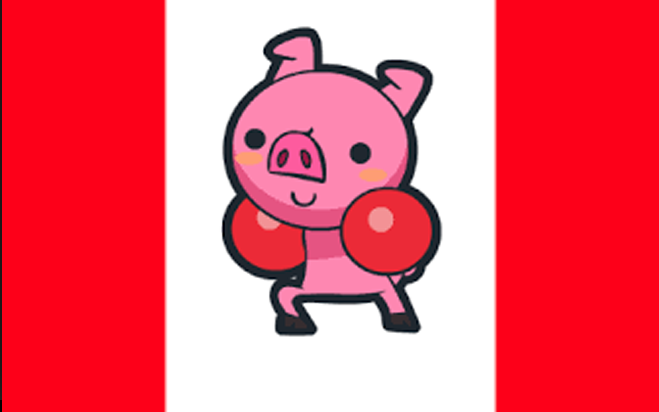 Muslims leaving the Middle East are trying to find any first-world country they can to accept them as refugees. Unfortunately, many Muslims also bring with them a culture of violence and oppression.

So when one Canadian city was expecting a crowd of migrants, some made an elaborate hoax to deter the would-be migrants. That hoax, it appears, has been taken as fact by many.

In Montreal, Canada, there is a suburb called Doval. In a fake press release, people have been circulating the news that the mayor of Dorval has refused to ban all pork products from school cafeterias.

The fake reasoning behind the mayor’s move, however, is some of the most solid reasoning you’ll come across:

“Muslim parents demanded the abolition of pork in all the school canteens of a Montreal suburb. The mayor of the Montreal suburb of Dorval has refused, and the town clerk sent a note to all parents to explain why.

“Muslims must understand that they have to adapt to Canada and Quebec, its customs, its traditions, and its way of life, because that’s where they chose to immigrate.

“Muslims must understand that Canadians are neither racist nor xenophobic. Canada accepted many immigrants before Muslims showed up (whereas the reverse is not true, in that Muslim states do NOT accept NON-Muslim immigrants ).”

“Just like other nations, Canadians are not willing to give up their identity or their culture .

“And, if Canada is a land of welcome, it’s not the Mayor of Dorval who welcomes foreigners, but the Canadian-Quebecois people as a whole.

“Finally, they must understand that in Canada ( Quebec ) with its Judeo-Christian roots, Christmas trees, churches and religious festivals, religion must remain in the private domain.”

The municipality of Dorval was right to refuse any concessions to Islam and Sharia.

“For Muslims who disagree with secularism and do not feel comfortable in Canada, there are 57 beautiful Muslim countries in the world, most of them under-populated and ready to receive them with open halal arms in accordance with Sharia.

“If you left your country for Canada, and not for other Muslim countries, it is because you have considered that life is better in Canada than elsewhere. We will NOT let you Drag Canada down to the level of those 57 countries.

“Ask yourself this question – just once: “Why is it better here in Canada than where you came from?”

“A canteen with pork on the menu is part of the answer.”

If you came to Canada with the idea that you will displace us with your prolific propagation and eventually take over the country, you should pack up and go back to the country you came from.

We have no room here for you and your ideology.

If you feel the same, forward it on. If not, prepare to be displaced.

While inclusiveness is important, it is outrageous that some Muslim refugees demand that their hosts to give up integral parts of their identity.

Unfortunately, the liberals that push the acceptance of these migrants are all too flexible to give up their entire culture in the vain hopes of proving their ‘goodness.’

Too bad this letter from the Dorval mayor was a hoax.

It would be refreshing to find a public leader who served the interests of the culture that elected them, rather than moral posturing.