And that’s how much Arctic sea ice has increased in just the past two years, according to satellite images from the University of Illinois. 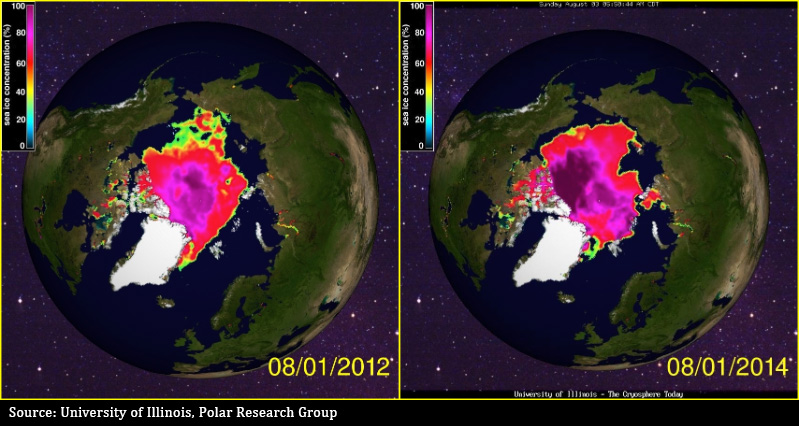 Not only has the surface area gotten bigger, but according to Professor Andrew Shepherd, an expert in climate satellite monitoring, “The Arctic sea ice pack is thicker and stronger than usual, and this should be taken into account when making predictions of its future extent.”

Data from the US National Snow and Ice Data Center data shows that this was the highest level recorded since 2006 – the same year Al Gore’s An Inconvenient Truth was released.

Gore’s warning was dire, “The North Polar ice cap is falling off a cliff,’ he said. ‘It could be completely gone in summer in as little as seven years. Seven years from now.”

For making this prediction, Mr. Gore was rewarded with a Nobel Prize, with front page stories in Time and Newsweek, with his doomsday movie in your child’s classroom.

But nature cannot be fooled. Reality is a persistent thing. And the real inconvenient truth is that sea ice is now expanding, not shrinking.

Yet many continue to claim that the Arctic is in an ‘irrevocable death spiral’, with imminent ice-free summers bound to trigger further disasters.

Judith Curry, professor of earth and atmospheric sciences at Georgia Institute of Technology in Atlanta, sums it up differently: ‘The Arctic sea ice spiral of death seems to have reversed.’

Mr. Gore, whose office failed to respond to a request for comment – insisted then: ‘There is a 75 per cent chance that the entire polar ice cap during some of the summer months could be completely ice-free within five to seven years.’

Misleading as such forecasts are, some people continue to make them.

Only last month, Cambridge University’s Professor Peter Wadhams said: “I still think that it is very likely that by mid-September 2015, the ice area will be less than one million square kilometres – the official designation of ice-free.”
For that prediction to come true it would require by far the fastest loss of ice in history.

Politicians such as Al Gore have often insisted that climate science is ‘settled’ and have accused those who question their forecasts of being climate change ‘deniers’.

So who is the ‘denier’ now? 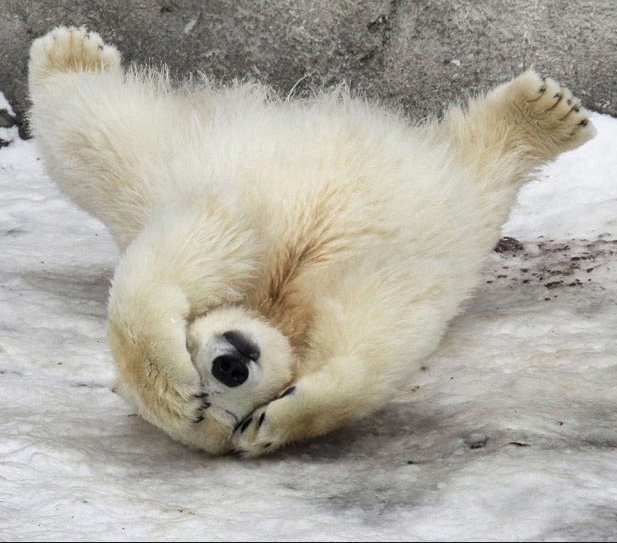 The fact of the matter is that Arctic sea ice cover is – and always has been – highly variable.

Peer-reviewed research suggests that at least until 2005, natural variability was responsible for half the ice decline. But exactly how big its influence is remains an open question – and as both Dr Hawkins and Prof Curry agreed, establishing this is critical to making predictions about the Arctic’s future.

“I think the natural variability component of Arctic sea ice extent is in the process of bottoming out, with a reversal to start within the next decade. And when it does, the reversal period could last for several decades.”

This led her to believe that the IPCC forecast, like Al Gore’s, was too pessimistic. “Ice-free in 2050 is a possible scenario, but I don’t think it is a likely scenario,” she concluded.

The apparent recovery in Arctic ice looks like good news for polar bears.

Yet even when the ice reached a low point in 2012, there was no scientific evidence that bear numbers were declining, with their estimated total of 20,000 to 25,000 thought to be higher than in the 1970s, when hunting was first banned.

This is however, bad news for seals. 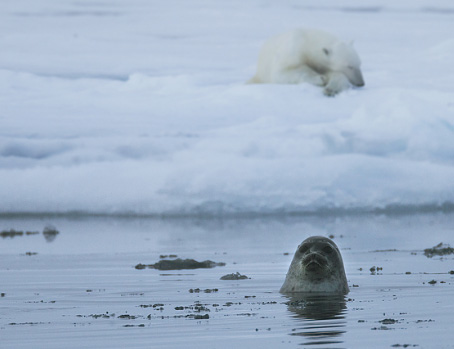 One thought on “Good News for Polar Bears”