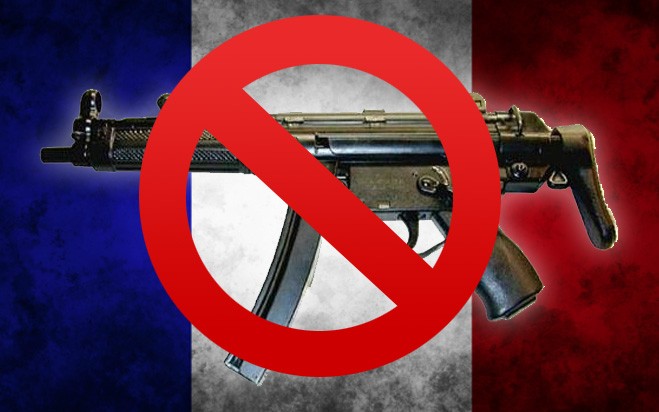 In France, only licensed gun owners may lawfully acquire, possess or transfer a firearm or ammunition.

In France, An applicant for a firearm licence must pass a background check, which considers criminal, mental and health records.

In France, Applicants for a gun owner’s licence are required to establish a genuine reason to possess a firearm, for example hunting, target shooting, personal protection, security.

In France, gun owners must re-apply and re-qualify for their firearm licence every five years.

In France, authorities maintain a record of individual civilians licensed to acquire, possess, sell or transfer a firearm or ammunition.

In France, licensed firearm owners are permitted to possess a limited number of firearms.

In France, licensed firearm owners in France are permitted to possess a limited quantity of ammunition.

In France, the activities of arms brokers and transfer intermediaries are specifically regulated by law.

In France, the law requires that a record of the acquisition, possession and transfer of each privately held firearm be retained in an official register.

In France, licensed firearm dealers are required to keep a record of each firearm or ammunition purchase, sale or transfer on behalf of a regulating authority.

In France, licensed gun makers are required to keep a record of each firearm produced, for inspection by a regulating authority.

In France, State agencies are required to maintain records of the storage and movement of all firearms and ammunition under their control.

In France, dealing in firearms by way of business without a valid gun dealer’s licence is unlawful.

In France, gun shows and temporary firearm dealing events are regulated in law.

In France, regulations include written specifications for the lawful safe storage of firearms and ammunition while in transit

In France, carrying a gun in a public place is regulated by law.

In France, Authorities have implemented voluntary firearm surrender schemes in order to reduce the number of illicit firearms.

In France, they have signed the Geneva Declaration on Armed Violence and Development, a diplomatic initiative aimed at addressing armed violence.

And finally, in France as in everywhere else, criminals, lunatics, Islamic fundamentalists and other murderous assholes do not give a shit about any of the above regulation.

In fact, they love all those regulations, it ensures that their victims do not shoot back.