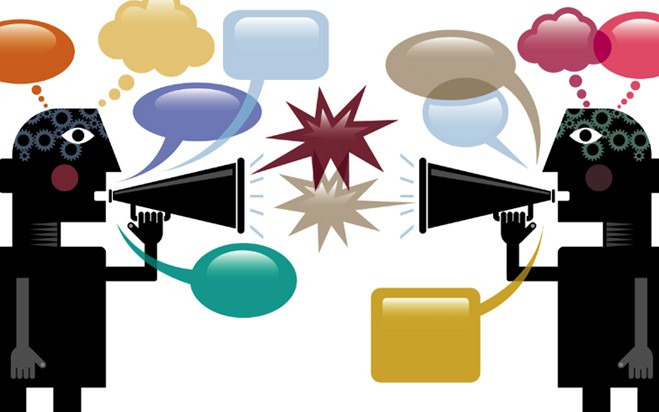 Auburn Alabama prides itself on friendship and civility.

So it was a bit of a shock when that Southern charm was smashed over a few weeks, in which friend turned against friend, becoming antagonists and enemies.

A proposal to raise property taxes was put to a vote. It was supposedly to raise more money for education—though there was no way to guarantee that is how the money would be used.

Those who opposed the increase were denounced as ‘hating children,’ or of being manipulated by ‘rich people.’

Not only that, the children in public schools were told that people who oppose higher taxes were selfish and greedy—thus turning many against their own parents.

In this great drama, as the media told it, the only angels in the story were those taking money from the average person and giving it to bureaucrats.

As with most politics, morality had been turned upside down.

The proposed tax hike was defeated, to the joy of some and the ire of others, but what a waste of time and effort.

Real estate developers spent vast amounts of money – that could have been used to build houses – running radio ads and printing fliers to oppose the increase.

While the teachers union and bureaucrats spent union member and taxpayer money – that could have been paid to teachers – to run their own ads.

One group wanted to take the other groups money by force.

That does tend to split a community in a most disagreeable way. And it is so unnecessary.

If the local pizzeria raise the price of a pepperoni pizza, people can either continue to eat pepperoni pizza, or refuse. No great chasm opens up in the community. Neighbors do not turn against one another. Either the management is wise, or it is not.

Not so with government. When it raises the price of its service, everyone starts slitting each other’s throat.

That’s the essential difference between the market and government. In a market, human choice is used to ratify or refuse, but government seeks to restrict choice and ratify by force.

A vote like this can teach us some important things about public finance:

But there were some good things about this failed plot to loot the public.

For one, unlike the Federal government, Auburn has no central bank, so it cannot just print up whatever money it needs and add it to ‘the debt.’

It must actually take money from people in plain sight, and that is a beautiful thing, because people actually pay attention.

Unlike in D.C., the local bankers are not a direct arm of the government. And so there are honest limits to how much can be spent.

Another good feature of local tax votes, is that the government has to ask permission to loot the community. This is risky, because as it turns out, a good number of people say absolutely not.

But notice how different this is to what occurs at the national level.

At the start of 2013, congress and the president enacted the largest tax increase in the history of the country, in the form of an increased payroll tax.

There was virtually no press coverage of the increase, very little debate, and no vote taken from the working people whose money was about to be taken.

The Feds never want the people to vote on issues like taxes, wars, or if we nationalize health care. Instead they make us vote on people, who somehow, are supposed to magically “represent” us.

We may or may not get our guy into office, but mostly it doesn’t matter.

There is no system at all for punishing politicians who say one thing and do another. Once elected, they do what they want, often at the behest of the highest bidder, whether corporation or union.

And when politicians break their promises, those who elected them turn a blind eye, or remain silent, because to admit the trickery would be to admit that they have been fooled.

No one likes to be made a fool, and even less to admit it. And so the game goes on.

The social contract is worth about as much as the paper it is not written on. Democracy as advertised is a complete illusion.

Someone recently wrote to me, “You can’t have a civilized society without government.”

But just the opposite seems true to me.

If an entity exists with the power to enact force on society, then uncivility is created, as people seek to use that force for their own aims. But take away the ‘force,’ and civility returns, because most people are after all, nice.

Some force is needed to restrain bad people, but force should not be used to constrain good people. Good people should be able to do what they want.