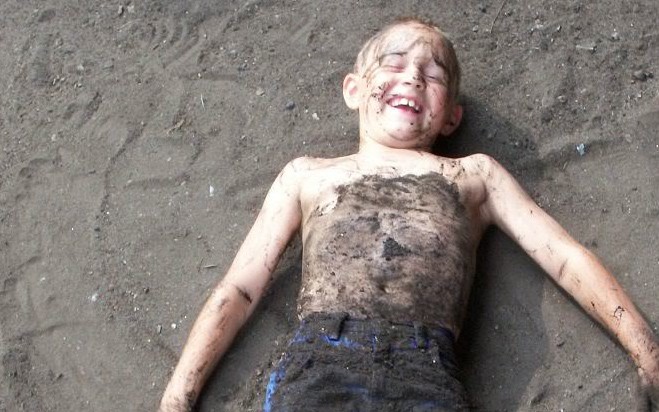 Men are not from Mars. Women might be from Venus or wherever but, except for maybe a few places like France, men are from Earth.

We want to go out into right now. We want to hike in it, fish in it, hunt in it, climb it, turn over rocks and logs to see what’s hiding in it, and we hope we get scared by it.

We started out as hairy apes and we’re not fools enough to think we’ve come too far since then. The beast is within us all the time, jiggling our legs while we sit under fluorescent lights.

Send a ten year old boy outside for twenty minutes and what does he come back with? A pocket full of rocks, some sticks, and a frog.

We want to pick the Earth up and figure it out. We love fire and smoke and blowing stuff up and want to challenge the Earth to a duel to see how we do. Then we want to laugh at the whole thing and laugh at ourselves too.

Women aren’t as crazy about all this Earth stuff.

The facts are plain as day at any magazine stand. On the men’s side are: Field & Stream, National Geographic, Surfer, and Bow Hunting. On the Women’s side: Vogue, Elle, and Cosmopolitan.

On what planet can we find a Vogue or an Elle?

These magazines are alien to men, each an inch thick filled with ads for makeup, perfume, and clothes that look like they are from outer space.

The covers of these magazines invariably feature some incredible looking model with her breasts hanging out. Question: If these are women’s magazines then who are those breasts for?

It seems pretty clear that this whole “beauty business,” is geared towards women impressing other women, not attracting men.

Whatever it is, it doesn’t seem to have much to do with Earth, and may hold some clues as to the apparent communication problem between men and women.

Earth men feel they are pursuing the natural course for living on Earth and have trouble holding in equal regard those who are not.

Men have no resentment towards women for being able to give birth and breast feed babies, so any theories to the contrary are bullshit. A man may never be happier than when his kid falls asleep on his chest, but as far as the manufacturing process goes, we’re happy as hell with our end of it.

One thought on “Men are from Earth”