Our ancestors evolved in the sun, so it is only natural that we require sunlight to be healthy. But most people are deficient in the sunshine vitamin, vitamin D, because they have been scared sunless.

For decades now, the notion that sun exposure causes skin cancer has been so-often repeated, that it is simply believed. But there is scant evidence to support this fear, and much evidence to the contrary.

In the past, vitamin D was considered to be important to prevent bone disease. But new research shows higher levels of vitamin D can also protect us from heart disease, multiple sclerosis and even cancer.

According to one study, correcting a vitamin D deficiency could reduce your risk of premature death by 50%.

Our personal need for sunlight varies with our genetics. For example, people with pale skin need much less sun that people with dark complexions. Up to ten times less. While redheads need even less, their skin being especially sensitive.

In Medical News Today, Dr. Richard Weller was quoted, “Sun exposure could improve health and even prolong life, because the benefits of reducing blood pressure, cutting heart attacks and strokes, far outweigh the risk of getting skin cancer…”

Okay, okay, so sunlight is good for you, but what about skin cancer?

It’s important to realize that there are three types of skin cancer, which are quite different from each other:

Although sun exposure is widely believed to cause melanoma, a landmark study in the Journal of Dermatology suggests otherwise.

Reports of melanoma have been increasing over the past 30 years, but the study shows that this is largely due to “non-cancerous” lesions are being misclassified as “stage 1 melanoma.”

Another study found that 90 percent of melanoma removals are NOT melanoma at all.

People with harmless moles and lesions are being diagnosed with melanoma, skewing the cancer statistics upward. The sun has simply become a scapegoat in these reports.

But if the sun doesn’t cause melanoma, what does?

As with most diseases, multiple factors are involved: nutrition, stress, toxins, and exposure to the environment. Ironically, there are several studies which suggest that sunlight may LOWER the chances of developing melanoma!

From the British Medical Journal:

“There is solid descriptive, quantitative, and mechanistic proof that ultraviolet rays cause the main skin cancers (basal and squamous)… where DNA repair of ultraviolet light damage is impaired. None of these is found with melanoma.”

And from The Lancet:

“Paradoxically, outdoor workers have a decreased risk of melanoma compared with indoor workers, suggesting that chronic sunlight exposure can have a protective effect.”

It would seem that exposure to sunlight, through the vitamin D it produces in the body, is protective against melanoma. Vitamin D deficiencies role in cancer development has been confirmed in more than 200 epidemiological studies.

Melanoma does not occur on sun-exposed skin any more than non-exposed skin, which is why sunscreens have proven ineffective in preventing it.

Vitamin D production and sun exposure can also improve your mood. Vitamin D is well known as a factor in preventing dementia.

Getting enough sun is the best way to optimize your vitamin D levels, but sunburn should avoided. It is painful because it is bad. 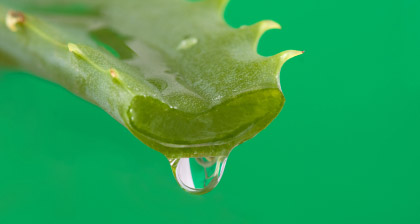 If you do become sunburned use 100% aloe vera to sooth your skin.

Be careful about using sunscreen, many of them contain chemicals like oxybenzone and retinyl palmitate, which are potentially harmful. Many people are also allergic to PABA.

Keep in mind that SPF ratings block out UVB rays, but these are the rays which promote vitamin D production, while it is UVA rays which are cancer causing.

Avoid lotions with very high SPF ratings, because they allow you to absorb more of the harmful UVA rays, while blocking out more of the helpful UVB rays.

Avoid products with SPFs higher than 50, and make sure yours offers protection against both UVA and UVB rays.

Let your skin tell you when you’ve had enough, then cover up.