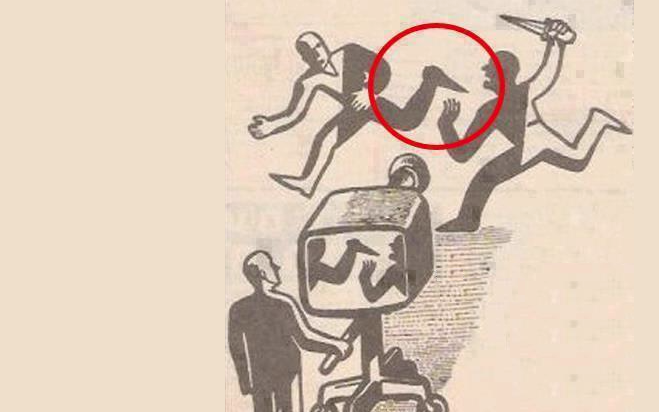 These days, most people get their news from a comedian. That’s how pathetic the state of journalism is today.

And why bother watching the “real” news. The facts frequently aren’t facts, the reporters don’t understand their subjects, and the spin is annoying.

Why is it so bad?

Because deadlines rule newsrooms, reporters often have no choice but to write superficial, half-understood stories. All to often they simply relay whatever “official sources” tell them to.

Further, reporters have to submerge themselves daily in tedious details of unimportant stories about trivial people.

Reporting requires the soul of a CPA in a hurry, and reporters amount to high-speed fact-accountants. The job quickly weeds out those who aren’t comfortable with compromise and pressure.

The nature of people is that some qualities do not often coexist with others.

The aggressive and detail-minded, are seldom studious or contemplative.

The cast of mind of reporters is concrete, not abstract, their mental horizons short. Reporters aren’t stupid–most are quick and some are very bright indeed–but they do not naturally look at the big picture.

They do not, for example, approach a new subject by reading books about it. Intellectual they ain’t.

To put it succinctly, the qualities needed to get the news, are the opposite of those needed to understand it.

Any reporter, goes the thinking, should be able to cover anything. Which in fact he can… barely.

Within a few days an experienced reporter can knock out copy that usually is not ridiculously wrong. Neither is it very good. But that is good enough.

And here we come to a governing principle of newspaper journalism: Do what you have time to do.

This is why you see stories reporting that some policy shop, say the National Coalition of Concerned Physicists (I think I made that up) says that we are all in danger from radioactive emissions from rutabagas.

Maybe we are; maybe we aren’t. The reporter doesn’t have time or, perhaps, knowledge to find out.

To save labor, journalism has decided that the issuing of a report is in itself a story, not the beginning of one.

The reporter therefore doesn’t have to know enough to determine whether the report is correct. He merely has to announce its existence.

The published account is inherently biased, even if the reporter covers himself by adding a one-sentence rejoinder from the rutabaga farmers.

The important thing is that he gets a story easily, which is all he has time to do.

The policy shop understands all of this, and takes advantage of it.