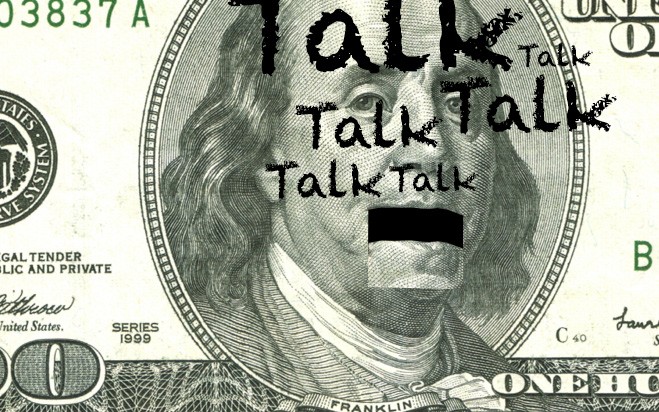 Thomas Hobbes said that words are wise men’s counters, but the money of fools.

This is as true today as it was 400 years ago when Hobbes said it. Using words is very different from taking words so literally that the words “use” you.

If you checked out the facts, instead of relying on words you would discover:

• That the war to make the world “safe for democracy,” led to the creation of numerous totalitarian dictatorships.

• That “Gun-control” laws do not control guns.

• That “Stimulus” spending does not stimulate the economy.

Warm fuzzy words have a special place in politics. They are often no more than a smokescreen for whatever policymakers want to do.

None have had as much success as the words, “social justice.”

It cannot be argued against because it has no specific meaning. Fighting “social justice” would be like trying to punch the fog. No wonder it has been such a success for a century and counting…

While the term has no defined meaning, it has powerful emotional connotations. To be for “social justice,” is a badge worn with honor by many, a self awarded stamp of approval as a good and benevolent person.

But what is social justice?

Is the person who spent decades goofing off in school, squandering thousands of taxpayer dollars on his education, supposed to end up with the same standard of living that a person who spent years studying, working, and sacrificing?

Would that be just?

What some advocates of “social justice” would argue is that it is unjust that one person is born into circumstances that make that person’s chances in life radically superior to people born into different circumstances.

Maybe the person who wasted educational opportunities and developed self-destructive behavior would have turned out better if born into a different home or community.

But there are people who were both poor and poorly educated, who nevertheless pushed their children to get the education that they themselves never had.

Now we are no longer talking about “social” justice, unless we believe that it is all of societies fault that different families and communities have different values and priorities. And that “society” can “solve” that problem.

All kinds of chance encounters have marked turning points in people’s lives – whether for better or worse.

None of these are equal, nor can they be made equal.

If this is an “injustice, it is not a “social” injustice because it is beyond the control of society.

People can talk about society as if it is a cohesive thing that is both all-powerful and yet easily controlled, but to do so would be to let words become what Hobbes called them, “The money of fools.”

One thought on “The Money of Fools”