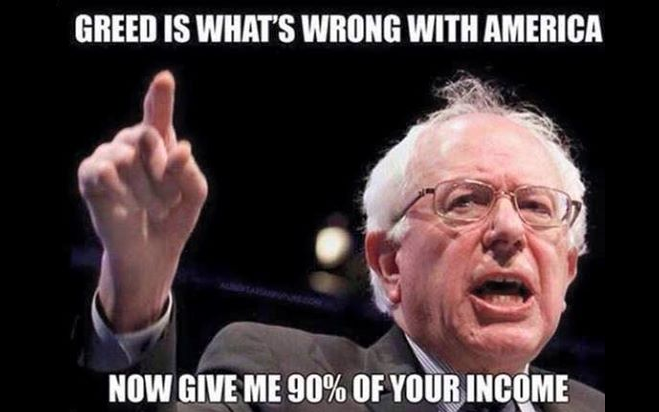 Former Secret Service agent Dan Bongino ripped into the “useful idiots” who are being enticed by Bernie Sanders’ with this scathing Facebook post:

To all the budding socialists out there who decry “corporations” and “big business”, who do you think empowers these corporations?

How has it escaped you that some of the most corrupt and vile business practices take place in socialist regimes where corrupt businessmen are insulated against public pressure because the people have no economic or political voice?

Free markets are never perfect markets, no system which requires human beings is. But why are you so eager to trade bad corporations, which you can choose to avoid in a free market economy, for a bigger government which you can NEVER avoid?

Government has a monopoly on force, they own the handcuffs, and they are the only entity which can use them.

Where do you think the labor comes from, volunteers or indentured servants? Where do the inputs come from, the commodities fairy?

Finally, do you understand how many innocent people have been starved to death, murdered, jailed, and tortured in the name of socialism? Have you avoided every history textbook? Can you use the Internet? Have you searched the terms socialism and starvation, or socialism and gulags?

Please, for the sake of the country, WAKE UP!

Don’t allow yourself to be suckered again by a bunch of flowery rhetoric which is designed to avoid your brain and tug at your heart.

For the sake of the country, don’t be a useful idiot.