September 28th, 2014
A Spoonful of Sugar Makes the Prozac Go Down? 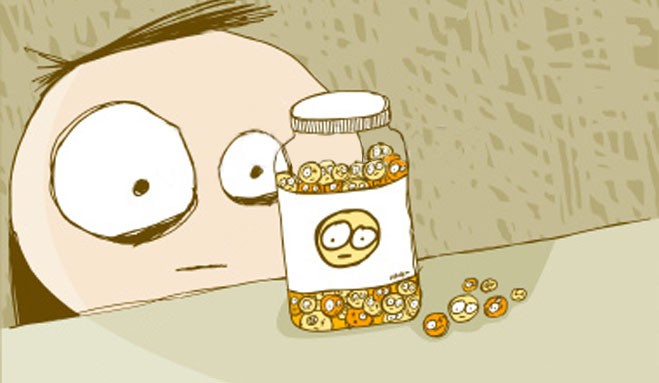 What if psychiatric drugs like Prozac and Zoloft were no more effective than a lump of sugar? What if there were natural ways to combat depression that were completely free?

Dr. Irving Kirsch analyzed 38 separate clinical trials involving more than 3000 patients. On average, they found that patients who had been given drugs improved by a about 25% more than patients who were only given sugar pills.

The data seemed to show that psychiatric drugs were effective, if only moderately so. But they also found something else in the data.

Either sugar pills were an extremely powerful medicine, or there was something else going on with the data. Kirsch and Saperstein set out to discover what it might be.

The first thing they noticed in reviewing their work, is that some of the drugs being tested were older treatments such as sedatives and barbiturates, not the new wave of anti-depressants.

Although these other drugs were not anti-depressants, they worked every bit as well to treat depression, and were significantly better than sugar pills.

Kirsch wondered, could any active drug could work as an anti-depressant?

In 1998, Merck would discover that the answer was no. Their new anti-depressant drug Emend failed in clinical trials. It was unfortunate because Emend produced substantially fewer side effects than other drugs, but in clinical tests it also failed to produce better results than a sugar pill.

Could it be that the ‘side-effects’ were triggering a ‘real effect?’

Imagine you are in a clinical trial. You are given a pill and told that it might be medicine or it might be a sugar pill. Because of legal requirements, you are also told what the possible side effects of the ‘real’ pill might be, for example a dry mouth or queasy stomach.

Instead of being upset at your discomfort, you might feel happy that you were receiving ‘real’ medicine. Perhaps this happiness could influence how you feel about the original condition you were being treated for.

This effect is called “breaking blind,” in which either the patient or doctor figures out which pill they have been given.

It seemed to be that the side effects were triggering a placebo response in the majority of the studies. Kirsch and Saperstein had uncovered a “dirty little secret” in the pharmaceutical literature.

In his book, The Emperor’s New Drugs: Exploding the Antidepressant Myth

, Kirsch examines how this secret was kept from the public as well as the medical profession, and how those who tried to reveal it came to ignominious ends.

Perhaps more usefully, Dr. Kirsch also discusses studies showing natural methods to combat depression without any drugs at all. Needless to say, Kirsch has made more enemies than friends with such revelations.

As George Orwell wrote in 1984

, “Telling the truth in a time of lies is a revolutionary act.”