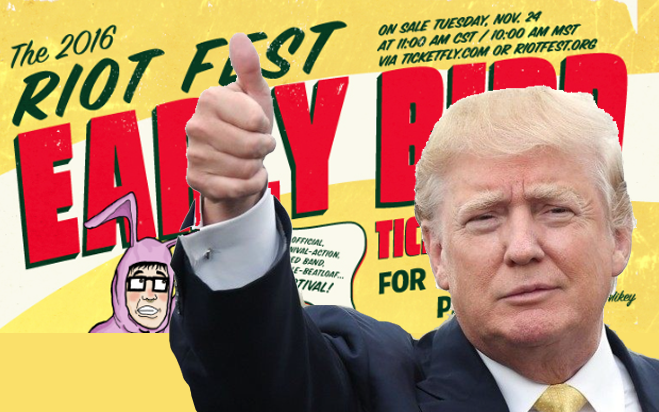 It’s not the hair. Or the bad manners. Or the “beautiful” wall he says he’ll build.

The reason can be found in a New York Times best selling business book, Stacking The Deck, by Wharton professor David Pottruck.

Pottruck, the Charles Schwab CEO who took the genial brokerage house online and into the big time, says that organizations hate change.

Hate it with a PASSION!

Change renders meaningless the value of their hard-won experience and know-how. In politics, it may mean family member lose their cushy jobs and perks.

Student loans of government employees get automatically paid off by government – TAX-FREE.

Those in government have done things one way forever. Change is NOT FAIR to them

Everything they have done to line their pockets is threatened.

The rules of the game may no longer apply.

So they dig in their heels and will do whatever it takes to resist change.

They resist perpetually until forced otherwise.

They subvert any process that would lead to change.

Until they lose, it becomes open warfare against the people to sustain the establishment and its perks.

And so it is with Donald Trump.

Like him or not, he has completely rewritten the rules of Presidential politics.

He bypasses the media, taking his message, raw and unfiltered, to the millions of people who follow him on Twitter.

The party establishment went from underestimating him and laughing at him to fearing him breaking out in night sweats.

They fear all power and their relevance will vanish into thing air.

The money, like Jeb, is gone and it could not save their fiefdom.

Now wealthy donors have a choice. Oppose Trump and he wins and they are out in the cold. Understand there is a change in the wind and shift sides to the people.

Most of the media hate Trump to the core and dislike the fact they are no longer able to play kingmaker losing their power fearing they will be irrelevant with the internet displacing them.

The political class have lost the power to rule behind the curtain from paid operatives and cronies who cannot transition to the new world where the old rules of campaigning don’t apply.

Trump has spent more on hats than he has on polls so the pollsters also have lost their importance.

Diplomats worldwide are running scared because Trump will renegotiate everything from a business standpoint that cannot be bought like Hillary & her foundation.

The handwringing, the dire predictions of doom, and the wailing and gnashing of teeth have little to do with Donald’s positions, but their loss of power.

They complain Trump is bringing in new voters who are not Republican. And this is bad?

The Trump threat isn’t to the Constitution, to America’s standing in the world, or even to Republican Congressional candidates, it is to the establishment.

If you think Trump’s supporters are angry about the way the government and the business world colluded, you are right. The establishment fails to appreciate the anger.

They’re just furious. Even if Trump fails to win, there will be more in the wings. He is inspiring a change and he doesn’t even understand how profound.