In 1917, H.L. Mencken wrote an article to commemorate the invention of the bathtub by Adam Thompson in 1840.

Thompson lived in Ohio at the time, and his invention was the talk of the town. But not everyone was thrilled with the new washing device. With the local medical association commenting that the new invention could be a health hazard.

Other people criticized the tub as luxury item that undermined the republican simplicity of American society. 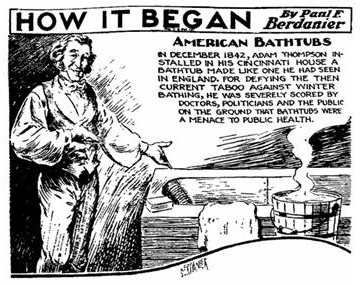 However, once President Millard Fillmore installed the first bathtub in the White House, a lot of the popular opposition began to wash away, and the use of the bathtub spread far and wide.

There is just one problem with this history of the bathtub: Mencken made the whole thing up.

So why did he write it? He wanted to see just how gullible people were.

The popular mind is easily captivated by articles written in an authoritative tone.

Mencken intended to use the bathtub story as a lesson in skepticism, but that’s not where the story ended.

Mencken began getting letters from people seeking to help confirm his facts. He began seeing his article cited in other magazines and newspapers, he heard it quoted in congress, and it even started appearing in reference books like Encyclopedias.

American History, indeed all of history is littered with stories that were either made up, or began in misperception and over time became so widely accepted that no one ever questions them.

Another similar story got started in the 1930s.

Most people think they know how Social Security works: that they make ‘contributions’ while they are working, and that in return they have a right to receive old age benefits.

This description has been sold to Americans for 70 years, like Mencken’s Bathtub, is false in every way.

When politicians they first came up with the idea in 1935, there was concern that the supreme court would strike it down, on the grounds that the constitution gives the Federal government no right to establish an insurance program.

So they proceeded cautiously, and when they worded the act they went out of their way to avoid using the word insurance.

And so there was a benefits part, and a tax part, with no explicit connection between the two. Right from the beginning, payments in and payments out were made separate.

Then, once the act seemed to be bypassing any scrutiny, all of a sudden the word “insurance” began to be used to promote it.

As one historian noted, “lest the Supreme Court take judicial notice of the way officials were trying to sell the program, administrators believed it was imperative to keep the language sufficiently opaque.”

In other words, they tried to write the thing to be as incomprehensible as possible.

The President, congressional leaders, spokesmen for the Social Security Administration, all continue to peddle this idea that its just like paying an insurance premium, as well as the idea that you have a right to get payments in your old age.

Franklin Roosevelt himself was adamant: “We put those payroll contributions there so as to give the contributors a legal, moral, and political right to collect their pensions and unemployment benefits. With those taxes in there, no damn politician can ever scrap my social security program.”

Like most statements from politicians, it sounded good, but the real truth began to show when the act was tested in the Supreme Court.

In a 1960 case called Fleming vs. Nestor, a Bulgarian born man was denied his Social Security payments after he had been deported from the United States.

Nestor sued, arguing that all through the Social Security act, these old age benefits have been referred to as a “right” of contributors, that he has earned and paid for.

In the Supreme Court, here is what the Federal Government said about Social Security:

“Social Security is in no sense a federally mandated insurance program, under which each worker pays premiums over the years and acquires at retirement an indefeasible right to receive for life, a fixed monthly benefit.

The contribution exacted under the social security plan from am employee is a true tax, it is not comparable to a premium under a policy of insurance promising the payer a payment of an annuity commencing at a designated age.”

But even after the Fleming case, the government continued to peddle the same old story.

By 1975, one Social Security expert had counted 61 references to SS literature calling their tax, “contributions” or “premiums.”

But these are very special premiums, because if you don’t pay them, they don’t just cancel your policy, they send you to jail.

An unlikely challenge to Social Security came from the Amish. Because the Amish don’t believe in insurance. 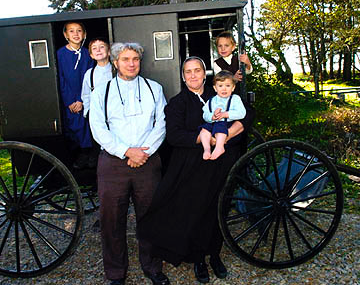 So when Social Security was extended to self-employed farmers in 1954 this created a problem. If people could opt out of the program for religious reasons. How would the government solve this dilemma?

They told the Amish it wasn’t insurance.

They told them that the payment was merely a tax and not an insurance premium.

Social Security officials even asked if the Amish would be willing to pay the tax, but not take the benefits.

Even the Amish didn’t fall for that one.

One of the Amish pointed out that the title of the program was: “Old Age and Survivors Disability Insurance” so how can you tell us it’s not insurance?

Because they say so.

One day Valentine Byler, who was in arrears to Social Security by $308.96, was out plowing his field, when IRS agents showed up. They unhitched his horses and sent them away to be auctioned off. All to fund a retirement program the guy didn’t want – or need.

In 1965 the Federal Government finally decided that the Amish didn’t have to pay Social Security anymore.

Nowadays every time Social Security experiences a “crisis,” we get the same old story. The mere suggestion that the program might be reformed sets off an outrage.

For example one letter sent to Detroit Free Press read:

Of course what actually happens in Social Security is that when you pay the tax, it does not go into any special fund for you. It goes to pay Mrs. Jones down the street, and if there’s anything left it goes to pay general expenditures, the same as any other tax.

Then they throw some Treasury Bonds, a special kind of Treasury Bond that can’t be sold on the open market but have big numbers printed on them, and call that the Social Security Trust Fund.

Those bonds are as worthless as Monopoly money.

Its very hard to do anything about the program, because today’s recipients, at least the ones in the know, know that if young people are allowed to opt out, then where are they going to get the money for their monthly checks?

Current workers are giving them their money. Yes, the elderly’s grandchildren are paying for their retirement.

Social Security is a tax on youth. 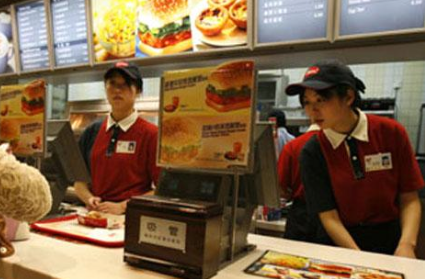 An extra problem is that there simply aren’t enough young people to fund the program, people have stopped having babies. So mass immigration has become necessary to keep the program funded.

The belief that Social Security is ‘insurance’ persists. People don’t want it to be false, so they just don’t believe it.

Everyone else who has been “contributing” wants the shiny pot of gold at the end of the rainbow, and they don’t care who is paying for it.

Another letter, this one to the Chicago Tribune read:

“Editors should stop writing about Social Security as if it were welfare for senior citizens, where this notion got started we don’t know, but it should be laid to rest once and for all.”

–Adapted from a podcast by Tom Woods

One thought on “Mencken’s Bathtub and Social Security”