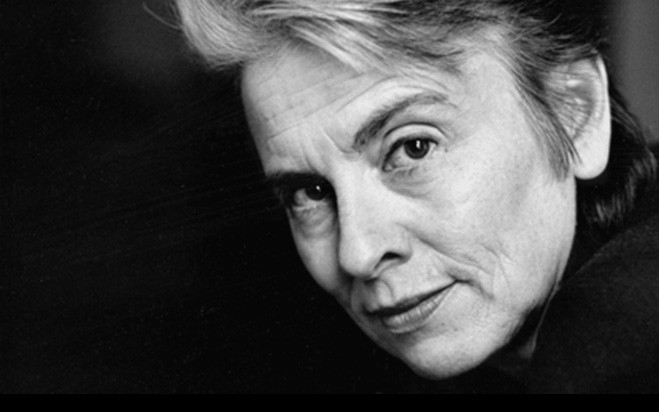 “What you’re seeing is how a civilization commits suicide,” says Camille Paglia.

According to the self-described “Amazon feminist:” Americans undervalue manual labor, schools neuter male students, opinion makers deny the biological differences between men and women, the military is out of fashion, and sexiness is dead.

When Paglia burst onto the scene in 1990 with the publishing of “Sexual Personae,” she was immediately the scourge of the feminist movement’s establishment, and it’s easy to see why.

“If civilization had been left in female hands,” she wrote, “we would still be living in grass huts.”

The fact that her book was rejected by seven publishers and five agents before being printed by Yale University Press only added to Ms. Paglia’s sense of herself as a provocateur.

Ms. Paglia relishes her role, having described herself as an egomaniac and “abrasive, strident and obnoxious.”

One moment she’s praising pop star Rihanna (“a true artist”), then blasting ObamaCare (“a monstrosity,” though she voted for the president), global warming (“a religious dogma”), and the idea that all gay people are born gay (“the biggest canard,” yet she herself is a lesbian).

But no subject gets her going more than society’s attempts to paper over the biological distinction between men and women and the collapse of Western civilization.

She starts by pointing to the diminished status of military service. “The entire elite class now, in finance, in politics and so on, none of them have military service… that is a recipe for disaster,” she says.

The results, she says, can be seen in everything from the dysfunction in Washington to what women wear. “So many women don’t realize how vulnerable they are by what they’re doing on the street,” she says, referring to women who wear sexy clothes.

When she has made this point in the past, Ms. Paglia has been told that she believes “women are at fault for their own victimization.”

Nonsense, she says. “I believe that every person, male and female, needs to be in a protective mode at all times of alertness to potential danger.

The world is full of potential attacks, potential disasters.” She calls it “street-smart feminism.”

Ms. Paglia argues that the softening of modern American society begins as early as kindergarten. “Primary-school education is a crock, basically.

It’s oppressive to anyone with physical energy. They’re making a toxic environment for boys. Primary education does everything in its power to turn boys into neuters.”

The notion was once met with derision, but now data backs it up: Almost one in five high-school-age boys has been diagnosed with ADHD, boys get worse grades than girls and are less likely to go to college.

Ms. Paglia observes this trend with her own son, Lucien. She sees the elevation of “female values”—such as sensitivity, socialization and cooperation—as the main aim of teachers, rather than fostering creative energy, reasoning skills, and historical facts.

And things only get worse in higher education.

“This PC gender politics thing—the way gender is being taught in the universities—in a very anti-male way, it’s all about neutralization of maleness.”

The result: Upper-middle-class men who are “intimidated” and “can’t say anything… They understand the agenda.”

In other words: They avoid “telling the truth to women” about sex, and by keeping “raunchy” thoughts to themselves and their laptops.

Politically correct, inadequate education, along with the decline of America’s brawny industrial base, leaves many men with “no models of manhood,” she says.

“Masculinity is just becoming something that is imitated from the movies. There’s nothing left. There’s no room for anything manly right now.”

The only place you can hear what men really feel these days, she claims, is on sports radio. Their enthusiasm “inspires me as a writer,” she says, adding: “If we had to go to war,” the callers “are the men that would save the nation.”

And men aren’t the only ones suffering from the decline of men.

“Our culture doesn’t allow women to know how to be womanly,” adding that online pornography is increasingly the only place where men can tap into “primal energy” in a way they can’t in real life.

A key part of the remedy, she believes, is a “revalorization” of traditional male trades—the ones that allow women’s studies professors to drive to work (roads), take the elevator to their office (construction), read in the library (electricity), and go to gender-neutral restrooms (plumbing).

“Michelle Obama’s going on: ‘Everybody must have college.’ Why? Why? What is the reason why everyone has to go to college? Especially when college is so utterly meaningless right now.”

It has no core curriculum and “people end up saddled with huge debts,” says Ms. Paglia. The drive toward universal college is “social snobbery on the part of a lot of upper-middle-class families who want the sticker in the window.”

To hear her tell it, getting along has never been Ms. Paglia’s strong suit. As a child, she felt stifled by the expectations of girlhood in the 1950s.

But discovering pioneering women like Amelia Earhart, transformed Ms. Paglia’s understanding of what her future might hold. 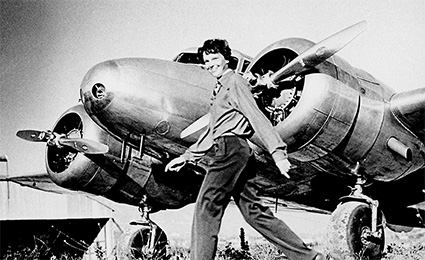 Women like Earhart and Katharine Hepburn, remain her feminist role models: independent, brave, and capable of competing with men without bashing them.

But since at least the late 1960s, she says, feminists stopped sharing her vision of “equal-opportunity feminism” that demands a level playing field without demanding special quotas or protections for women.

In her view, these ideological excesses bear much of the blame for the current cultural decline.

She calls out activists like Gloria Steinem, Naomi Wolf and Susan Faludi for pushing a version of feminism that says gender is nothing more than a social construct, and groups like the NOW for making abortion the singular women’s issue.

By denying the role of nature in women’s lives, she argues, leading feminists created a “denatured, antiseptic” movement.

And by insulting women who forgo careers to stay at home with children, feminists turned off many who might have happily joined their ranks.

But Ms. Paglia’s criticism shouldn’t be mistaken for nostalgia for the socially prescribed roles for men and women in the 1950s. Quite the contrary. “I personally have disobeyed every single item of the gender code,” says Ms. Paglia.

But men, and especially women, need to be honest about the role biology plays and clear-eyed about the choices they are making.

Sex education, she says, simply focuses on mechanics without conveying the real “facts of life,” especially for girls.

To save feminism from irrelevance, Ms. Paglia says, the women’s movement should abandon the “nanny state” mentality that led to politically correct speech codes and college disciplinary committees.

The movement can win converts, she says, but it needs to welcome “stay-at-home moms” and “not just the career woman.”

One thought on “The Practical Feminist”