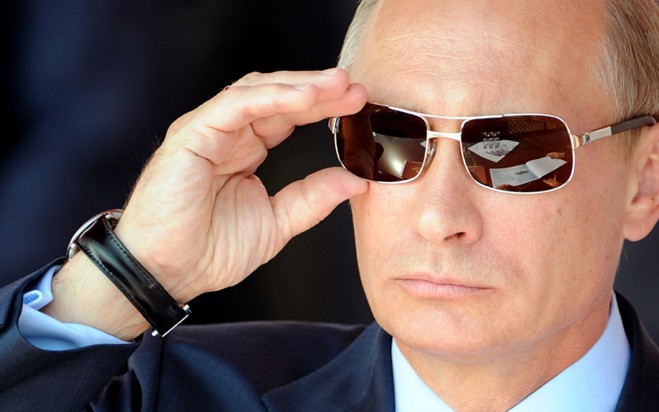 A petition on the White House “We the People” website is urging U.S. President Obama to hand over his Nobel Peace Prize to Russian Premier Vladimir Putin.

It reads: “Whereas Mr. Obama made a sincere commitment to starting a war with Syria, engaging our military in unwanted conflict, and doing so without the support of his people we resolve that Mr. Obama should deliver the Nobel Peace prize given to him in 2009 to a man of Peace, the President of Russia, Mr. Putin.”

Another petition has been launched in France to strip Mr. Obama of his prize and award it to Mr. Putin, who “has been able to promote a diplomatic solution with his proposal to control the Syrian chemical arsenal.”

For those of us who grew up during the Cold War, these are strange days. Russia is now seen as the international force for peace and the free determination of peoples. A role which the U.S. championed for decades.

In a letter to the Norwegian Nobel Committee, they write:

“Vladimir Putin has proved his adherence to the cause of peace. As the head of one of the leading countries of the world, he has made every effort to maintain peace and tranquility in his own state and has actively contributed to peaceful settlement of any conflicts arising on the planet.”

The idea appears to be fast catching on, winning a surprising support from the U.S. conservative Fox News, a patently anti-Russian outlet.

“The world knows that Vladimir Putin is the one who really deserves that Nobel Peace Prize,” said Kathleen Troia McFarland, a Fox News national security analyst who had served in national security posts in the Nixon, Ford and Reagan administrations.

She lauded Mr. Putin’s “give peace a chance” proposal to avert U.S. strikes against Syria.

The Russian proposal to safeguard Syria’s chemical weapons “validates the great power status of Russia — and might even win Vladimir Putin a Nobel Peace Prize,” opined the Chicago Tribune.