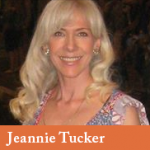 I remember in the early 90’s in Tucson, I was teaching at the Cactus Moon Café.

There was a dancer that came out all the time. He always wore a fedora hat. He was emotionally unstable and had had run-ins with the law over many issues.

I often talked to him and yet kept clear boundaries. His disgust with people around him, life and his feeling that all were out to get him was sometimes so strong I could feel him near before I saw him.

One night I saw him staring out at the dance floor and went over and stood beside him for a while. he did not speak but then said “I just want to get a gun and come in here and shoot everyone dead”

I stayed totally calm and said…”I understand, but they aren’t worth it…it would be a waste of your time”…

We stayed quiet for a while more and then he looked at me and told me to have a good night. He thanked me for talking with him…

I did not see him after that.

In the days that followed, he was brought up on charges here in Tucson, fled to Colorado where he killed someone there. He came back here to hide and the police found him lurking in someone’s backyard.

He was a time bomb waiting for the moment when he would crack. He felt misunderstood and alone. He felt everyone was out to get him and life dealt him an awful hand.

He developed a respect for me as I had clear boundaries but cared about how he was. I knew he had the potential to act on his words that night.

There was no doubt in me after all our talks…he was not prone to spouting stuff like that. Only the club owner, myself, and our on duty police officer knew.

Each time there is another mass shooting, I think of that night. I knew I was close to someone that had the cold, remorseless demeanor to have his hand on the trigger in an event like that.

In a world where people cry out for ‘someone to do something,’ Ms. Tucker actually did – not only something – but the right thing.

Listening to people. Even if you don’t like them very much, can make a big difference. But in our disconnected and judgmental world few talk, and fewer listen.

The big headlines on gun control, mental health, violence in entertainment, are simply distractions from what is right in front of you and me and the victims of tomorrow’s shooting: People who need help.

And while we’re all fighting over whose cause is more noble, there’s likely another young man out there, paranoid and delusional, and thinking every day about the anger and hate he feels for this world.

And no one is paying attention to him.

Someone ought to do something about that.