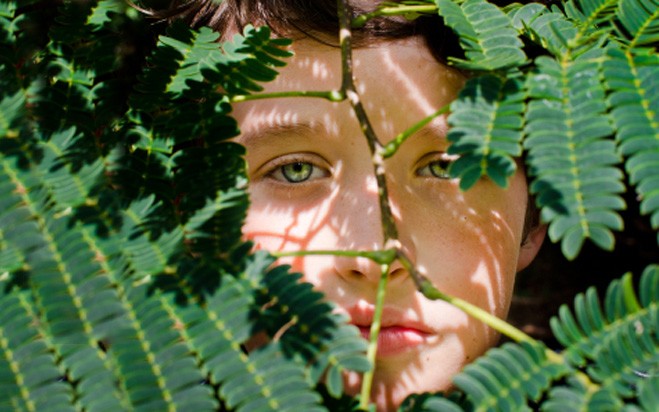 When I was a kid, my friends and I built a tree fort in the woods out behind the last suburb of town. On the front door we hung a sign that said, “No girls allowed.”

Why there would be any girls walking around the woods we didn’t know.

What was so special about the insides of that pile of logs that would be spoiled by the presence of a female we didn’t know either.

I guess we just wanted a place where we could feel special, or maybe just to tell fart jokes in peace without someone saying, “Gross.”

Nowadays, I don’t know if such “woman-hating” behavior would be tolerated.

Perhaps there is a counseling program for eleven-year old log-piling sexists?

But I can’t help but wonder if there shouldn’t be more separation between the sexes at a young age. It used to be that there were separate schools for boys and girls.

Maybe, just maybe, there was a good reason for that?

Could it be that our wise elders were actually… wise?

I’m not saying I didn’t like having boys and girls together during my education. I liked it a LOT. I’m just saying it didn’t exactly help my grades.

I was a straight-A student right up until I hit puberty.

Could it be that the presence of girls was an impediment to my education?

It seems to me there was a meaningful correlation.

I can tell you precisely where Jackie Van Heukelom sat in English 20, but I can’t tell you a damn thing about Past Participles.

But boys have bigger problems now, than just the distraction of girls. They account for 70% of all failing grades in public schools.

Though there’s nothing different about boys now compared to decades past – the schools have changed a lot.

Today’s schools are run by women, for girls.

Great news if you’re a girl.

Bad news if you’re a boy.

And so they are.

Boys are diagnosed with Attention Deficit Disorder up to 4 times as often as girls.

Is ADD actually a disease or just part of being a boy?

Seems to me that 90% of these diagnoses would go away if boys had their own schools, with male teachers, and the death penalty for mentioning the word Ritalin.

Grade them on results not effort. Grade them on individual excellence, not being good in groups or how many assignments they completed.

Male teachers can handle boys without subjecting them to psychotherapy because they drew a picture of a gun. Women cannot—or at least judging from the number of boys on prescription medication—they don’t want to.

Separation of the sexes might work wonders at the university level as well.

Today’s college fresh”man” finds himself in a world of hostile feminism as soon as he arrives on campus.

Accused of being a rapist by default, subject to tedious sensitivity training, and if he happens to have a personal opinion, he’d be well advised to keep it to himself.

Outside the hard sciences, a multitude of courses focusing on “victim” studies have emerged.

These are not courses teaching people how to be a woman, or a gay Eskimo transvestite—people already know how to do those things.

These are courses in resentment.

Is that what the world needs more of?

If the male student sticks around long enough, he will soon “learn” that in addition to being a rapist, he is also an “asshole.”

Whatever has ever gone wrong in the world is his fault, and if he wants to get along he’d better start apologizing yesterday.

Never mind that he wasn’t an asshole when he got there; he’s now been “educated.”

Many capable young men realize they are not going to learn anything useful under such circumstances and drop out.

Put them in a male only college, with male teachers. Teach them hard sciences, philosophy, mathematics, art, language, history, and let them play all the sports they want.

They can chase girls and be scolded for their offensive humor on weekends. Animal House is long overdue for a sequel.

Challenge them, give them the skills and attitude to DO things, not feel sorry for themselves, or feel endless remorse for things they had no part of.

Boys want to do things, not talk about feelings. Does any sane person deny this?

Go ask your husband, father, boyfriend, or son if he would like to talk about his feelings for a while. You’re 10 times more likely to get a strange look than an outpouring of emotion.

There is much to be done in the world, and we need more doers.

Why on earth would we want an education system to change that?

What the success of dropouts like Steve Jobs, Bill Gates, Mark Zuckerberg, Ted Turner, John Mackey, Ralph Lauren, Wolfgang Puck, and so on say, is that College has become a barrier to “doing.”

That’s why they dropped out.

I don’t mean to downplay the contributions of Victims Studies to the advance of modern society. Indeed, their inventiveness and contributions to ‘personkind’ cannot be denied.

After all, without them we wouldn’t have fantastic words like ‘personkind.’ I feel so sensitive and enlightened just typing it.

But boys have contributed too, just a little bit, and maybe, just maybe, future contributions ought not be stifled by a system that is hostile and unsuited to them.

Now excuse me, I’m off to build a tree fort.

If anyone sees Jackie Van Heukelom, tell her I’m out back…

Related Article: Girl Power and the Trouble with Boys