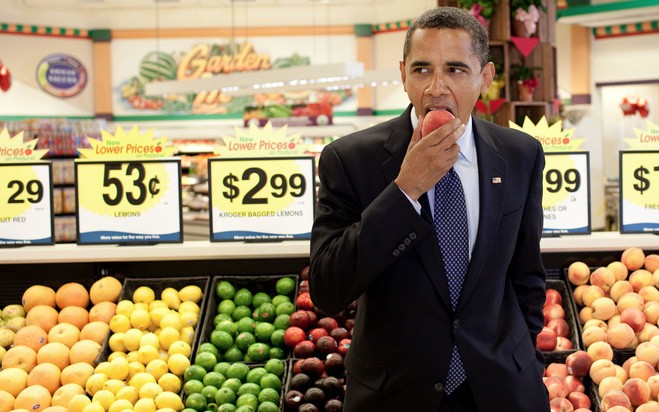 Whenever we stand on the threshold of a new year, we are tempted to forget the hazards of prophecy and try to see what may lie on the other side of this arbitrary division of time.

Sometimes we are content to try to change ourselves with New Year’s resolutions to do better in some respect.

When we look beyond ourselves to the world around us, peering into the future can be a very sobering, if not depressing, experience.

ObamaCare looms large and menacing on our horizon.

This is not just because of computer problems, or even because some people who think that they have enrolled may discover at their next visit to a doctor that they do not have any insurance coverage.

What ObamaCare has done, thanks to Chief Justice Roberts’ Supreme Court decision, is reduce us all from free citizens to cowed subjects whom the federal government can order around in our own personal lives, in defiance of the 10th Amendment and all the other protections of our freedom in the Constitution of the United States.

ObamaCare is more than a medical problem, though there are predictable medical problems — and even catastrophes — that will unfold in the course of 2014 and beyond.

Our betters have now been empowered to run our lives, with whatever combination of arrogance and incompetence they may have, or however much they lie.

The challenges ahead are much clearer than what our responses will be.

Perhaps the most hopeful sign is that increasing numbers of people seem to have finally — after nearly five long years — begun to see Barack Obama for what he is, rather than for what he seemed to be, when judged by his image and rhetoric.

What kind of man would blithely disrupt the medical care of millions of Americans, and then repeatedly lie to them with glib assurances that they could keep their doctors or health insurance if they wanted to?

What kind of man would set up a system in which people would be forced by law to risk their life savings by divulging their financial identification numbers to strangers who could turn out to be convicted felons?

With all the time that elapsed between the passage of ObamaCare and its going into effect, why were the so-called “navigators” who were to be handling other people’s financial records never investigated for criminal convictions?

What explanation could there be, other than that Obama didn’t care?

Caring is not a matter of words.

“By their fruits ye shall know them” — not by their rhetoric, image or symbolism.

Those who have still not yet seen through Obama will have many more opportunities to do so during the coming year, as the medical, financial and other painful human consequences of ObamaCare keep coming out in ways so clear that not even the mainstream media can ignore them or obscure them.

The question then is: What can be done about it? Nothing can be done about Obama himself. He has three more years in office and, as he pointed out to the Russians, he will no longer have to face the American voters.

ObamaCare, however, has no such immunity.

It is always hard to repeal an elaborate program after it has gone into effect. But Prohibition was repealed, even though it was a Constitutional Amendment that required super-majorities in both houses of Congress and super-majorities of state legislatures to repeal.

In our two-party system, everything depends on whether the Republicans step up to the plate and act like responsible adults who understand that ObamaCare represents a historic crossroads that will determine what kind of people we are going to be, for this generation and generations yet unborn — citizens or subjects.

This means that Republicans have to decide whether their top priority is internal strife among the different wings of the party — another circular firing squad — or whether either wing puts the country first.

A prediction on how that will turn out in the new year would be far too hazardous to attempt.