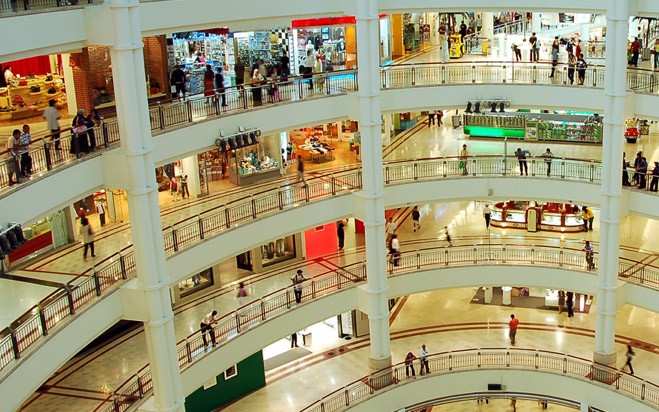 A thousand generations of parental caring stands behind a bargain with your mother. A hundred good experiences stand behind your reliance on a friend.

And just as surely, the long shadow of the future hangs on your transactions with your local store.

They know that if they try to make a quick buck by ripping you off now, that they will not only lose all your future business, but that of your friends as well.

The store’s business is ‘regulated’ by your opinion.

What is most amazing about this kind of regulation, is just how much it allows us to trust people we’ll never know.

You can go into any store, pick up a tube of toothpaste, and not have any doubts at all that it contains toothpaste. It’s not even a question.

You trust the manufacturer, and the delivery driver, the store manager, and the boy who stocks the shelves implicitly.

There is a long history of trust building between humans that makes this possible. And once established, it makes many more things possible.

In the early days of the Internet, people said that eBay would not work, because people would simply get whatever it was they wanted, and then not pay.

But they did pay.

Fueled by the power of maintaining their good reputation, just like the shop selling toothpaste, through the user feedback tool.

To behave badly is to cut oneself off from the world of commerce, and that is just too high a price to pay for the vast majority of people.

Of course, the Internet has also become a playground for less honest people, identity thieves, viruses, and Nigerian princes who would like your bank account information, but it is also the best place for free and fair exchange the world has ever known.

My point is simply this, despite frequent setbacks and abuses, the world continues to grow more trustworthy every day, and that this trust is driven by the exchange of goods and services in a free-market.

You may think that you are living in a dishonest and untrustworthy world, but you are the beneficiary of a million years of trust-building.

There is a direct path from the first humble exchange of seashells for an animal skin, to knowing that your utility bill will be credited automatically at the end of the month from your bank account.

When people trust each other, commerce and the wealth it creates flows freely, and if they do not, prosperity seeps away.

A successful transaction between two people benefits both. Yet many people do not view commerce this way.

Zero-sum thinking dominates popular conversation, in which one person’s gain must be another person’s loss. People talk of getting “ripped off” by corporations, yet voluntarily buy their products.

Because they benefit more from having the product than whatever they sacrificed to buy it.

This zero-sum mistake is what caused so many “isms” of past centuries to fail.

In the film Wall Street, Gordon Gekko famously said that, “Greed is good.” Going on to perpetuate the “zero-sum” theory where in every transaction, somebody wins and somebody loses.

Gekko is not necessarily wrong about some speculative financial assets, but he is very wrong about markets for goods and services.

The notion of synergy – of win/win – just doesn’t seem to come naturally to most people.

Perhaps this explains the widespread view that commerce is immoral, money filthy, and that people are good ‘despite’ commerce, rather than ‘because’ of it.

Imagine for a moment, a world without commerce, how would you get anything?

Hardly any modern conveniences would exist without commerce, and most of your waking hours would probably be spent simply trying to find enough food, in direct and perhaps violent competition with other hungry, ‘non-commerce’ people.

In recent years, it has become fashionable to glorify primitive societies such as the American Indians, as if they lived in blissful harmony, but the fact is that they lived short, brutal lives in harsh conditions amongst hostile and violent neighbors.

Only the trade of goods and services has raised humanity from savagery.

Perhaps the reason that commerce is so disdained by the ‘intellectual’ classes is that the free-market is a bottom up process. No one invented it, no one plans it, and no one really comprehends it completely.

This particularly offends intellectuals, for capitalism renders them useless. It gets along perfectly well without them, though that doesn’t stop them from interfering, then blaming ‘the market’ when their good intentions go wrong.

There is nothing new about this disdain. Intellectuals have disliked commerce since ancient Greece, and even Shakespeare could not bring himself to make persecuted Shylock a hero.

In 1880, Arnold Toynbee called Capitalism a, “World of gold seeking animals, stripped of every human affection.” More recently in 2009, Barbara Taylor said, “Capitalism is no system for the kind-hearted.”

However tawdry the motives of capitalists may be, the results are socially beneficial.

When Rockefeller set out to dominate the oil industry he wanted to get rich, and he did. But his cost cutting also ended the whale hunting business (which were hunted for their oil). Rockefeller saved more whales than every environmentalist that ever lived, not to mention providing cheap fuel for billions of people around the world.

Is there something made out of plastic in front of you right now? A cell phone? A computer? Your reading glasses?

Rockefeller’s greed made them possible. (Plastic is made from inexpensive oil).

But even the notion that the market is a necessary evil, that allows some people to become wealthy enough to offset its corrosive drawbacks is wrong.

In places where traditional ‘honor’ based societies gave way to commercial economies – say Scotland in 1700 or Japan in 1945 – the effect is civilizing.

Even the intellectual Voltaire had to concede that people who would have otherwise tried to kill each other for worshipping the wrong god were civil when they met on the floor of the London Stock Exchange.

Despite the centuries of evidence for commerce being the engine of peace and prosperity, the notion of ‘evil capitalism’ persists.

It is a myth, like a ‘boogeyman in the closet,’ perpetuated by intellectuals, politicians, media, and educators. As one Briton put it, “A classical education teaches you to despise the wealth it prevents you from earning.”