Why do they Hate Customers?

One-hundred percent of the people on earth are customers. Well, except for those who live totally and completely off the grid and grow or kill everything they eat and make everything they wear from materials they find in nature, etc.

In other words I doubt there are more than three exceptions on the entire planet. So, just say 100% for rounding.

I will caveat my comment: Wal-Mart, like every major corporation, probably gains much more from corporatocracy (the relationship between large companies and the government) than it loses. But this rambling isn’t about that.

It also isn’t about the employees, suppliers or competitors. The employees and suppliers are not forced to work at Wal-Mart. Full stop. As to the competitors, they have no property right in customers.

Which gets to my point. Add up all of Wal-Mart’s employees, suppliers and competitors – they have 1.3 million employees in the US, I have no idea how many employees of suppliers or competitors but let’s say all of it adds to 10 million people.

Out of a population of over 300 million customers. Yes, I know, not all 300 million of them shop at Wal-Mart; however Wal-Mart directly has impacted the competitive nature of every other retailer. 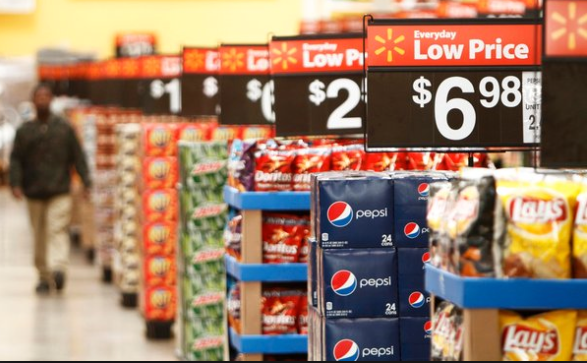 Virtually every individual in the United States benefits from Wal-Mart. Even if one grants that 10 million people suffer because of Wal-Mart (I do not), why are so many people desirous to take it out of the hide of the three hundred million who benefit?

So, I wonder: why do they hate customers? I think it must be because they hate freedom.