October 1st, 2014
Do It Yourself Jihadism 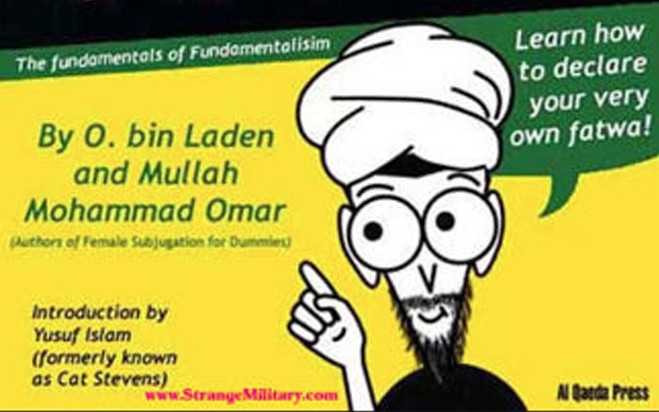 Last week, Australian authorities thwarted a plan by Islamic radicals to grab random people off the street and then behead them on videotape.

Australia’s attorney general said that the raid, involving more than 800 police officers, and of at least 12 properties, was necessary because, “If the … police had not acted today, there is a likelihood that this would have happened.”

The raids were prompted by intercepted phone calls, from an Australian of Afghan descent, Mohammad Ali Baryalei.

He is suspected to be the “most senior Australian member of the terrorist group Islamic State, having traveled to Syria in April last year.”

A former fellow member told Fairfax Media. “He wasn’t pleased with living in Australian society and wanted to live in an Islamic society away from open alcoholism, homosexuality, fornication, drugs and capitalism.”

Baryalei recruited at least two fellow Australians. One, Khaled Sharrouf, who infamously tweeted pictures of his 7-year-old son holding a severed head. Another fellow Australian, Mohamed Elomar, has also released images of himself holding the decapitated heads of his “enemies.”

So here’s the troubling question: Why did Baryalei bother making the phone calls?

We’ve been hearing for months that the Islamic State is brilliant at social media. The terror group can reach out to supporters, sympathizers and assassins all around the world with a single tweet, Facebook post or YouTube video.

If the terror group wants Muslims in Sydney, Australia — or in New York City, or in Topeka, Kansas — to grab innocent people off the street and saw their heads off, all it needs to do is say so.

The fact that, collectively, thousands of Europeans, Canadians and Americans have gone to Syria and Iraq for “jihadi tourism” is an indicator that people willing to do such things live among us.

Perhaps most disturbing is that the Islamic State doesn’t seem that interested in blowing up planes. Al-Qaeda’s odd obsession with destroying aircraft had an advantage in that such elaborate plots were easier to be foiled by law enforcement.

The Islamic State has discovered that beheadings are cheap and relatively easy to conduct – and have a huge impact in the West. It takes homework to build explosives.

Beheadings can be performed by any moron.

The challenge of do-it-yourself jihadism has been around for a while, and the most effective deterrent to more such atrocities is tighter control of immigration.

People who are not prepared to embrace the ways of the West, should stay where they are.