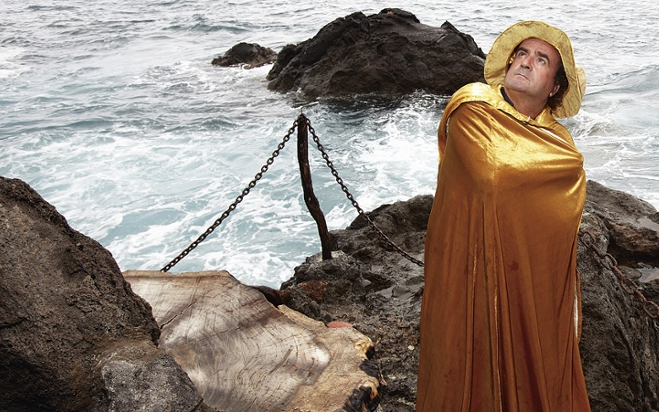 My father wasn’t a king, he was a taxi driver, but I am a prince – Prince Renato II, of the country Pontinha, an island fort on Funchal harbor.

It’s in Madeira, Portugal, where I grew up. It was discovered in 1419; Captain James Cook has been here, and there are paintings of his visit.

In 1903, the Portuguese government didn’t have enough money to build a harbour port, so the king sold the land to a wealthy British family, the Blandys, who make Madeira wine. Fourteen years ago the family decided to sell it for just €25,000 (£19,500). It was of no use to them. But nobody else wanted to buy it either.

I met Blandy at a party, and he told me about Pontinha. He asked if I’d like to buy the island. Of course I said yes, but I have no money – I am just an art teacher.

I tried to find some business partners, but they all thought I was crazy to want to buy what is essentially a large rock: it has a small cave, a platform on top, and no electricity or running water. So I sold some of my possessions, put my savings together and bought it. Of course, my wife, my family, my friends – they all thought I was mad. 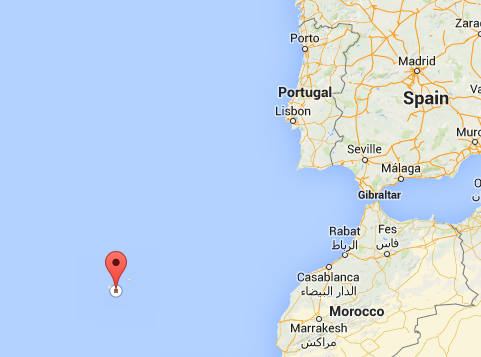 When the King of Portugal originally sold the island in 1903, he and all the governors signed a document, selling all the “possessions and the dominions” of the island. It means I can do what I want with it – I could start a restaurant, or a cinema, but nobody thought that someone would want to start a country. So that’s what I did: I decided that this would no longer be just a rocky outcrop on the port of Funchal, it would be my island, about the size of a one-bedroom house.

When I bought it, I went to speak to the governor of Madeira. I introduced myself and explained that I was a Madeiran citizen and was also now the ruler of his neighbour state. He immediately asked to buy my island.

Of course, I said no.

He said that unless I sold it back to the state, he wouldn’t let me connect to any electricity. So now, as long as I don’t cause any trouble (for instance, trying to charge cruise ships that dock here) they will leave me alone. I have a solar panel and a small windmill, and maybe in the future I’ll be able to generate power from the ocean around Pontinha.

I am a pacifist, and I don’t need any money.

I have both a Portuguese passport and a passport for Pontinha (where my passport number is 0001). There are four citizens: me, my wife, my son and my daughter. I am the police, the gardener, everything. I am whatever I want to be – that’s the dream, isn’t it? If I decide I want to have a national song, I can choose it, and I can change it any time. The same with my flag – it could be blue today, red tomorrow. Of course, my power is only absolute here, where I am the true sovereign.

The Portuguese gastronomic speciality is bacalhau. But we are running out of cod in our oceans now, and we buy it from another country. So my gastronomy, my country’s speciality, is takeaway.

I don’t live in my country full time, but I am often there. My family sometimes drops by, and other people come every day because the country is free for tourists to visit; I never close for bad weather. Sometimes I am alone, on the days I feel more troubled by the excessive power of the Portuguese state. Sometimes I come here when I’m feeling lively, after a few drinks.

Madeira is surrounded by water, but for some reason we all have to pay to swim in the ocean now, at the swimming spots. How did that happen? Still, I have my island, which means I can come swimming whenever I want – it’s as if someone has given me the key to the waters.

Our lives are gone in a flash. My son is 27 and if I were his age, I would probably sell the island and buy a Ferrari. But I am 56 years old, and I want to enjoy everything I have. Pontinha means “a point”. All change in the world begins with something very small, and this is my country – just a little point.