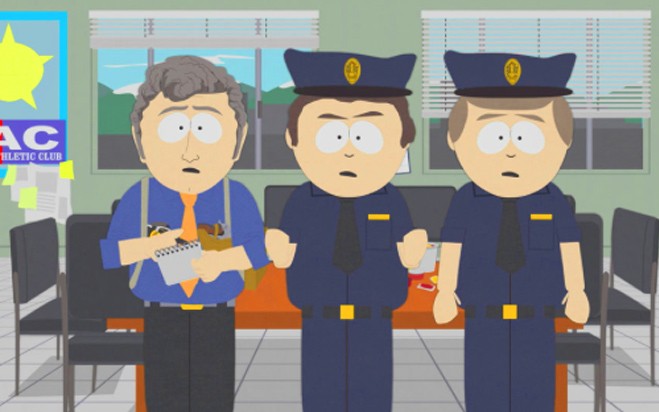 I sometimes wish that people knew more about cops, who they are, and the world they live in.

There are pretty good cops (most) and very bad ones (few) but accounts in the press usually bear little relation to the truth.

What happens on the streets is not as clear, not nearly as clear, as the immaculately coifed indignations of the flickering screen would have you think.

Permit me a few examples of routine ambiguity.

First, though, a journalistically unwelcome reality: Almost everyone charged by the police is guitly, no matter what Jesse Jackson thinks.

There are two reasons.

First, the perps are almost all caught in the act: They are swerving all over the road and blow museum-pickled on the Alka-Sensor, or caught coming out the window with the TV set, or the car is reported stolen and they are driving it, or caught slinging rock and it’s in their possession.

Second, the case load is so great in the cities that the DA won’t paper a case unless he is sure he will win. The cops know this, and know the DA will raise hell with them if they send him iffy-maybe-could-be cases, so they don’t.

Sometimes the rules just don’t quite work. For example, the aging widow in DC who didn’t sell in time when the neighborhood went bad and drug dealers started hanging on her corner. Property values died and she can’t sell for enough to buy elsewhere, and she is afraid to leave to walk to the grocery store past a cloud of dirtballs.

The cops tell the dealers, “Get your sorry butts off this corner, now, and don’t come back.”

It isn’t legal, but the druggies don’t know it.

Or maybe they do, but know better than to push their luck. They move to another corner, the old woman gets her groceries, and everybody is happy.

Got a better answer? I don’t.

A modus vivendi often exists between the cops and the street life. One of the federal buildings in Washington, I forget which but maybe SEC, overhangs a tiled walkway, protecting it from the rain.

I’ve seen a dozen grocery carts there on a wet night, each containing some homeless bozo’s life. The owners (almost owners, anyway: the carts were liberated from Safeway) slept on mats and, if they were gone early, the cops left them alone. And why not?

That was pre-9/11. Things may be different now.

The city is full of crazies, and the police have to deal with them. One night in an almost middle-class region of the city, the cop I was with got a call about a rapist in some woman’s home. The officer said he would look into it but didn’t seem much interested.

That was odd, I thought. Anything “in progress” usually gets instant attention. Was this guy cold-blooded, or what? We casually drove to the location.

She turned out to be one of the head cases released to the streets years before to save the city money, a paranoid schizophrenic obsessed with being raped. She lived in a nice house paid for by the city. We went in. The walls were covered with obscene scrawled admonitions, “Stop putting your…” etc. The officer said a friendly “Hello, Mrs. Smith, where is he? Back there? Let me check it out.”

He went into the back part of the house for a minute or so, returned, and said, “He’s gone, you’ll be all right.” She thanked him, and we left. In a few days she would call about another imaginary rapist, and he would do the same thing.

Real-life policing. Got a better idea?

Read the whole article at: Fred on Everything