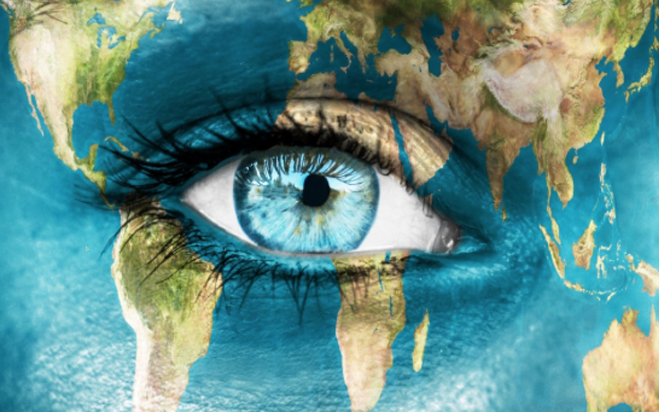 At the start of the First World War, the big idea guys said that regular people would not march off to fight and kill their neighbors.

Instead, they would rise up to overthrow their rulers, and then live in a peaceful utopia, where all would share equally.

But the Big Idea guys were wrong.

The people loved their countries and cultures more than they liked the Big Idea, and proceeded into one of the worst wars in history.

One country did leave the war in pursuit of the big idea, but despite the promise of peace and prosperity, it wasn’t long before the people there came to despise it.

The big idea people tried to figure out what went wrong. Why were the regular people so stupid not to see how awesome the big idea was? And more importantly, what could be done to change their minds?

As they saw it, the problem was that Western Capitalism was not impoverishing people as the big idea guys had predicted – it was actually improving regular peoples lives.

Regular people would never rebel against such a system, unless they were somehow made to despise the Western Culture that created it.

Or as one of the big idea guys said, “A worldwide overturning of values cannot take place without the annihilation of the old values and the creation of new ones…”

So Lukacs went to work overturning old family values. He created one of the first sex education programs – a radical one even by today’s standards. Children were not only instructed about sexual intercourse, but in free love, the archaic nature of families and monogamy.

Two decades later, the birth control pill would make Lukac’s sexual revolution possible. Margaret Sanger, founder of Planned Parenthood, made her alliance with Lukac’s clear when she said, “I look forward to seeing humanity free someday of the tyranny of Christianity no less than Capitalism.”

Another big idea guy called Gramsci noticed that the people who had adopted the big idea hated it. Their farms, family, and faith meant far more to them than the big idea, and they were only going along to avoid a bullet to the head.

Gramsci saw that forcing people into the big idea would never work. Instead they would have to be made to want the big idea first. But how?

Gramsci figured that it was the people’s Christian souls that prevented them from embracing the big idea. And if, Christianity was the heat shield of Western Capitalism, then to capture the West, Christianity must go.

Rather than seize power first and impose a cultural revolution from above, they must first change the culture – then power would fall to them “like a ripened fruit.”

Excited about his new idea, Gramsci went back to Italy to lead the Big Idea Party.

However, there was another fellow in Italy at the time called Mussolini who didn’t like Gramsci at all, and promptly put him in jail – for life.

While in prison, Gramsci wrote out his plan: To change the culture would require a “long march through the institutions” – the arts, movies, schools, colleges, churches, newspapers, and radio. One by one, each had to be captured and converted. Then the people could be slowly educated to understand and even welcome the big idea.

Gramsci’s writings were smuggled out and printed as his Prison Notebooks. You can still buy them on Amazon today.

Gramsci urged his followers to form friendships with Western intellectuals who shared their contempt for capitalism, to promote their ideology in a more appealing way.

The other big idea guys thought this was a great idea, and in 1923 they started an institute at the University of Frankfort in Germany. At first they called it the Institute for Marxism, but then realizing that people really didn’t like that word, they changed it to the Institute for Social Research.
Later it became known simply as The Frankfort School.

The Frankfort School adopted Gramsci’s strategy of a long march through Western Culture, but they weren’t getting very far. Had they remained in Frankfort, chances are they never would have.

But in 1933, the political landscape in Germany changed in a dramatic way, and since the leaders of the Frankfort School were both Marxist and Jewish, they wisely decided to get the hell out of there while they still could. But where to?

Start spreading the news,
I’m leaving today,
I want to be a part of it,
New York, New York!

So the Frankfort School moved to New York? Big deal.

What the heck does that have to do with falling birth rates and the death of Western Culture?

Quite a lot actually.