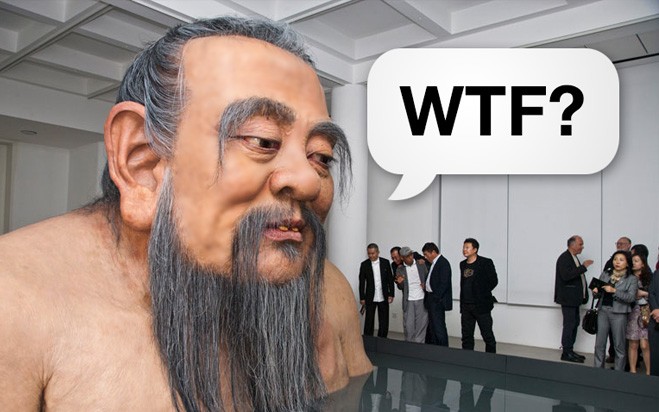 “As a first step, I would see to it that things are called by their right names.”

That was what Confucius said would be his first act if he were to govern a just society. He further explained:

What was true in Confucius time, is just as true today.

When words lose their meaning, or have multiple meanings, it is difficult to have a meaningful conversation much less get something done.

And confused words are an epidemic today.

Recently, I heard someone complain about, “the dictates of the free market.”

He was quite serious, without even pausing to consider the contradiction in his phrase. For in a truly “free” market, no one can “dictate” anything to anyone else.

In a free market, people purchase or exchange goods of their own “free” will. Unlike government programs which actually do “dictate” what people do.

The speaker of the phrase had turned reality upside down with words.

There may be problems with a free market, or there may be dictates which make it not free, but such distinctions cannot be discussed with speakers of such phrases.

They are confused, and worse, confident in their confusion.

It is truly amazing how many false notions are spread by the incorrect use of words.

Societies supposedly based on equality use the greeting “comrade,” even though some comrades have the power of life and death over others.

In democracies, where public opinion still matters, word games are used to guide thinking and to distract or limit debate on matters of substance.

Words that have acquired meaning over centuries are banished, then replaced by new words that support more fashionable notions.

For example, the word “swamp” has virtually disappeared from the English language.

Swamps used to be areas of standing water, often smelly, and occupied by mosquitos, snakes, snails, and rotting vegetation.

One might be forgiven for believing that there are no more swamps, because now there are only, “wetlands.” A word spoken with a tone usually reserved for sacred things.

The purpose of this verbal slight of hand, was to make it easier to impose laws on how other people can use their own property.

Laws regarding “wetlands” have imposed huge costs on farmers that happen to have a certain amount of water on their land.

Such laws could never have been passed to protect “swamps,” and so the word was changed.

Another word that has virtually vanished is, “bum.”

People who refuse to work and hang around on streets making a nuisance of themselves have been magically transformed into a sacred icon called, “the homeless.”

As with swamps, what used to be smelly and undesirable has now turned into something we have a duty to protect. It is now our duty to support people who refuse to support themselves.

And “the homeless” can do no wrong.

A crime committed by an unemployed loafer is magically blamed on a “drifter,” or a “transient,” instead. The “homeless” are saints.

Those who grant the homeless sainthood, then proceed to use the force of government to “dictate” taxes on other people in order to build “homeless” shelters.

Such legislation would be unlikely to pass if it were for “bum” shelters, and so the word was changed.

These word games are not just games.

They are ways of imposing power by evading issues of substance replaced with sweet nothings.

“Rights,” for example, have become an all purpose word for evading logic by saying that people have a “right” to whatever people want given to them.

For centuries, rights were “exceptions” from government power – things that cannot be taken away – like the Bill of Rights.

But now, rights have been redefined as things that can be demanded from government, or the taxpayers, or private employers.

These words which acquired meaning over centuries of use by millions of people, did not change spontaneously. But rather someone with an agenda, and the power to enact that agenda, set out to change them.

The goal is to change how people think, and this is accomplished by influencing the influencers.

Media for the current generation, and Education for the next.

When you hear a new or unfamiliar word suddenly become common, such as “insurgent,” or “austerity,” for example. Be aware, someone is trying to sell you something.

But most people are not aware, they simply mimic what they hear elsewhere, and once new words are adopted, society is re-engineered, and no one is the wiser.

Words are more powerful than guns.

It used to be that students were taught to define words and critically analyze arguments. Teachers would say, “We are here to teach you how to think, not what to think.”

But those days are long gone. Education now uses word games to instill all the “correct attitudes.”

The next generation are filled with new words and self-esteem so they can express their ignorance with confidence. 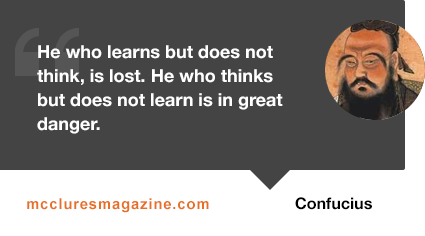