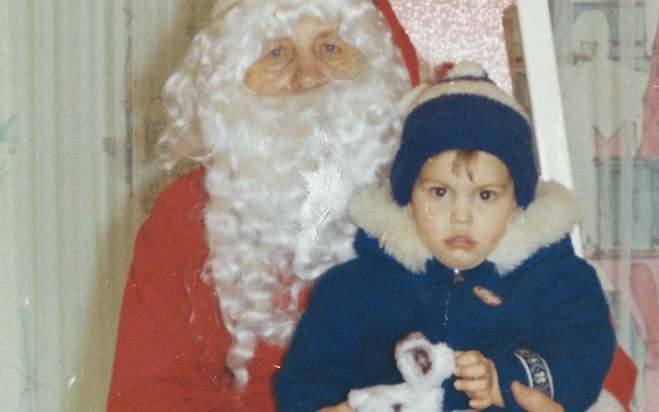 Like many children, my parents told me that Santa Claus would bring me presents if I were a good little boy.

According to the cartoons on TV, Santa Claus lived at the North Pole where he and a band of midgets made all the presents, which he then delivered in one night on a flying sled, coming down the chimney of every house in the world.

Even as a child, this sounded a bit far-fetched. But sure enough, come Christmas morning, the presents were there, and Santa brought be a brand new train set. The evidence seemed to confirm the story, but I remained unconvinced. 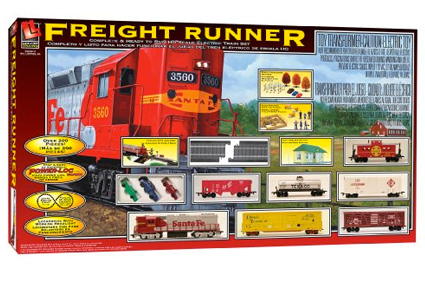 First of all, we did not have a chimney. We lived on the lower floor of a three-story apartment building and our heat came from a distant furnace through a little vent in the wall.

I was willing to go along with the flying reindeer, but I could not see how a big fat guy in a red suit could squeeze through a little vent.

Secondly, these presents from Santa Claus were wrapped in the same paper as the presents from my parents. That seemed like more than a coincidence to me.

And so as a five-year-old I was confronted with a painful dilemma. My parents were lying to me, so were the storybooks, and the guy at the mall taking photos with kids on his lap was a big fat phony.

And yet I was benefitting from this charade. But if I said that I didn’t believe it, or accused my parents of telling a fib, would I have to give my train set back?

That would be unbearable.

I loved that train set, so what did it matter if it came from Santa of from my parents? It was mine now, that’s what mattered. And so I set myself to living a lie.

The next Christmas I lined up with the other stooges to sit on the mall Santa’s lap. I whispered into his ear what I wanted him to bring me, and with appropriate optimism I let my parents know what I had told him.

I did not invent the game, I did not believe in the game, but I was playing the game.

The one thing I could not understand was “why” we were all playing this game.

It wasn’t just my parents, it was a massive conspiracy, involving 1000s of pretend Santa Clauses, cartoon artists, school teachers, movies, even the news was reporting on Santa’s whereabouts on Christmas Eve.

It was like the world’s biggest practical joke. The emperor had no clothes, and Santa had no sleigh. I resented that all these people had conspired to fool me, but I liked getting extra presents more, so kept my mouth shut.

A few years later, my little brother was old enough to be spoon fed this lie. When my parents asked him if he wanted to see Santa Claus, He didn’t know what Santa Claus was. So they explained the whole thing to him: flying reindeer, coming down the chimney, cookies on the table, and of course presents.

He was getting very excited, but something in me snapped. I just couldn’t stand them lying to my little brother, I couldn’t stand it so I blurted out, “Don’t believe that, it’s all phony, there is no Santa Claus.”

My parents were shocked, to this day I don’t know if they were shocked that I didn’t believe in Santa Claus or shocked that I was ruining their game. They cajoled me to join in on the prank, but I wanted no part of it. It disgusted me. So I resigned myself back to silence. Secretly hoping that I would still get extra presents.

I’ve always wondered what role the Santa Claus story plays in society. For parents, it’s just a fun game, but a game so common it has to have some kind of broader effect. What is the lesson of the game?

Behave yourself and you will get a prize.

In families and society at large, going along with popular beliefs is rewarded, and questioning them is punished. And it doesn’t matter if they are true or not. That is the lesson. Do not question, do not be skeptical, do not interfere in the plans of authority, and you will be rewarded.

The weaving of the fabric of society begins with the expectations of the young, and for many, Santa is among the first threads.

Or it could be that the function of the Santa Claus story is to educate children to be more skeptical of stories without reason or evidence – once they’ve figured it out (if they ever do). I would like to think so, but if the current state of public discourse is any indication, it seems to have backfired.

And now if you’ll excuse me, I have an appointment at the North Pole to install some new blades on a flying sleigh…

One thought on “Do You Believe in Santa Claus?”