September 25th, 2013
The Cult of Multiculturalism 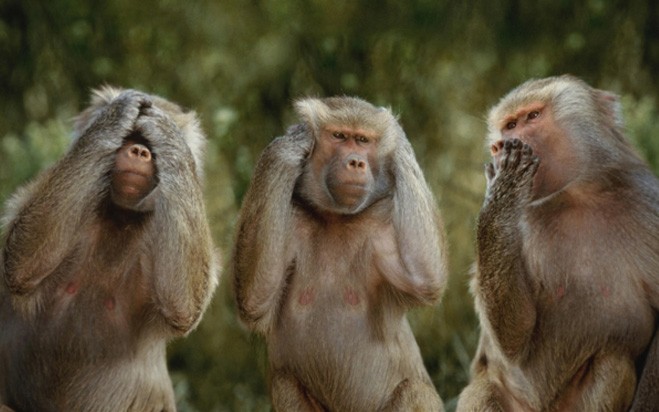 Long before the word was invented, the world has been “multicultural.”

And what’s more, it’s been multicultural in a real and meaningful way.

Different peoples going about their lives in different ways. Each culture emphasizing a unique set of values and behaviors, resulting in unique contributions to human progress.

The letters you are reading were invented in Rome, the words they form were written by a man whose ancestors came from England and Ukraine, while listening to music created by Africans on instruments invented by Italians and Germans.

Even the leaders of countries have not always been from the country the ruled:

Food has been as multicultural as people. Potatoes were brought to Ireland from Peru by Spaniards, then cut into French Fries by Belgians.

These things spread for a very simple reason. Some things are considered “better,” than others, and people wanted them.

This is the polar opposite of what the Cult of Multiculturalism proposes, in which nothing is better or worse, just different.

But the progress of humanity has not come by “celebrating diversity.”

Progress came from people picking and choosing which of their own cultural features they wanted to keep, and which they wanted to replace with something “better” from somewhere else.

Thus men in Japan, Scotland, and Greece, now wear pants, but men in Saudi Arabia and Dubai do not.

When Europeans discovered printing in China, they did not “celebrate diversity.” They stopped making books one at a time and started printing them.

When the American Indians saw horses for the first time, they did not “celebrate diversity,” they started riding them.

When the Japanese first saw automobiles, they did not “celebrate diversity,” they started making their own.

Everything from antibiotics to automobiles have spread around the world because people wanted “better” for themselves and their children. Not because of the inefficient plea of the multiculturalist cult to “live in harmony with nature.”

The proof is not what I say, or what multiculturalists say. The proof is what millions of people actually do, when they have a choice.

When people find their own ways of doing things to their liking, they keep doing them. And when they find a better way of doing things from somewhere else they do that instead.

What they do not do – is what multiculturalists do – say that it is all a matter of “perception,” that nothing is better or worse than anything else.

The Cult of Multiculturalism is for people who are already benefitting from the fruits of modern technology.

It is ego-gratification for the already prosperous, and a sorry excuse to prevent others from becoming equally as prosperous.

Why look at that quaint little grass hut the people “over there” live in. It’s no better or worse than my air-conditioned, indoor-plumbing, internet-enabled home—it’s just different. My, my, aren’t I just a wonderful person.

That should be no more than a ridiculous idea held by ridiculous people, except that the Cult of Multiculturalism has become a new religion, a state sponsored religion.

In schools, colleges, media, public policy, and even court decisions, diversity must be celebrated—or else.

To prefer quality to diversity has become a sin. To think something is better than something else has become blasphemy.

But why would anyone be surprised that people from different cultural backgrounds are “represented” differently among different occupations?

Should it really shock anyone that children from cultures that value education highly, go on to become highly educated?

When you go to the doctor, do you want the one who passed all the tests, or one that celebrates diversity?

A person need only watch a professional basketball game to see that one culture plays the game a whole lot better than others.

And if you watch the beer commercials that sponsor sporting events, you might notice that the companies were all founded by people of Germanic ancestry.

Since Germans have been brewing beer since the Roman Empire, why should that be any surprise?

Around the world, from Molson in Canada to Tsing Tao in China, breweries have been founded by Germanic people, not to “celebrate diversity” but because people like beer.

Some things are better than others. And though some people are also better at doing some things than others, any dedicated person is welcome to become an exception.

But the reason there are exceptions, is because there are rules.

Anyone with two eyes and a brain can see that.

But not the Cult of Multiculturalism.

They only have two eyes.

Related Story: The Race to the Bottom

One thought on “The Cult of Multiculturalism”