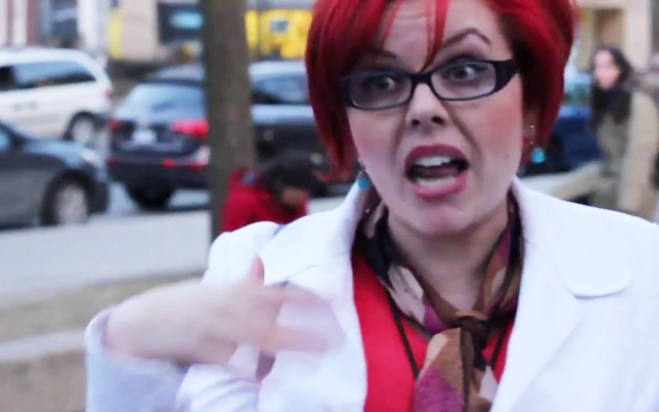 Over this past year I’ve been called stupid, ignorant, crazy, a sexist, a homophobe, a racist, a xenophobe, and an idiot.

And that’s just by my friends!

And yet, I am none of those things.

Why were these kind, intelligent, otherwise perfectly pleasant people being so insulting?

I had never done any harm to them nor called them names. In one case I had even gone out of my way to pick them up at the airport, driving across the Bay Bridge during rush hour just to save them the hassle of having to figure out how to pay for the train.

Within one minute they called me stupid. At least one of them knew damn well that I was anything but stupid, and given that I had also supported her and her child for two years, one might expect a bit more courtesy.

They did it with these words: “Can you believe that anyone is so stupid to support Trump?”

I just smiled and nodded.

Over and over again as I’ve been travelling the country I’ve heard this same conversation – if you can call it that – play out exactly the same way.

At convenience store counters, at highway gas stations, in restaurants, and at some of the most scenic locations in the world. Oh, they weren’t all asking me, but always the person that they were asking just smiled and nodded.

I knew what the nod meant.

It meant that kind decent people who wished no harm on anyone were sick and tired of being called names by rude people who cannot even manage the thought that someone might disagree with them.

It meant Trump was going to win.

And so here we are. Trump has won.

This insane year of bickering, mudslinging, and name-calling has finally come to an end. Or has it? Nope. Scrolling up and down my Facebook feed shows the abuse continues. For example:

“I hope I don’t wake up in a concentration camp tomorrow.”

“This mysogyny, this racism, this polarity, this divisiveness, this ugliness?”

Now I can understand that people are upset about the decision, and I can even understand their confusion as to why it went the way that it did, but their deeply held conviction that there is only one possible explanation for the result is both perplexing and troubling.

It is almost as if they are robots, unable to break out of the program that runs their thinking – or lack of it.

Now this may come as a shock, but there are many legitimate, good, and decent reasons to support Donald Trump that have nothing whatsoever to do with racism.

I would be more than happy to have a productive conversation with anyone who disagrees, that is able to remain calm, and focus on facts, reason, and evidence – but I haven’t found one yet.

We have a houseguest at the moment, she just came in a few minutes ago. We asked her how her day was. Her reply, “Oh my God, I’m so upset over this election, I can’t believe there are so many racist people out there.”

Now I am getting just a little bit God-damned tired of being called a racist, and I certainly shouldn’t have to take it in my own home. But I glanced over to my girlfriend – an avid Trump supporter – and she gave me the glare of “you better not say anything.”

The guest continued to spout her misplaced hatred, incorrect facts, and other logical fallacies, yet soooo confident that she was among allies. Perhaps worst of all, she has no method of correcting her errors, no way of expanding her understanding, no tolerance for any way of thinking other than her own.

As I listened to her make accusations about racism, I silently asked, “And who is it that is focusing on race, and judging people by race?”

As I listened to her say we need love not hate, I silently asked, “And who is it that is acting and speaking with hatred? Not on TV, but here at this table?”

As I listened to her talk about respect for women, I silently asked, “And who is it that just called Melania Trump a slut 10 seconds ago?

As I listened to her support California exiting the USA, I silently asked, “And who was it that considered Brexit a travesty?”

As she went on and on and on, I silently reminded myself, “There is no point talking to these people. They are insane. They live in a bubble of her own making.”

In the post-election analysis, the concept of the “underground-Trump supporter” has come up as an explanation, and I believe it is quite accurate. My houseguest interpreted it this way, “a lot of people voted for a candidate that they were too ashamed to admit supporting.”

Shame has nothing to do with it.

It is just too damn tiring trying to discuss anything with you and your ilk.

Intolerant, inflexible, hateful, misinformed, overemotional, crybaby, bullies with an overinflated sense of unearned moral superiority who throw a hissy-fit every time they don’t get what they want.

They are rioting in the streets as I write this.

So why did Trump win?

She sees the reason every time she looks in the mirror. And like many other things, she doesn’t know it…

3 thoughts on “Why Trump Won”