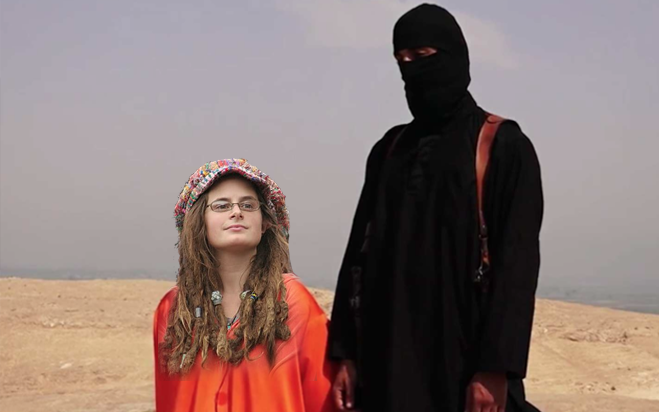 One of my dearest friends is a Muslim. She is also a sassy motorcycle riding gun loving asian lesbian. But more importantly, she is my friend.

She hates it every time some crazed Islamic fundamentalists go on a killing spree.

These tragedies are not her fault, nor are they the fault of the millions of moderate Muslims around the world, and yet there is some guilt by association, that she is eager to disperse.

Naturally I do not want to hurt my friends feelings, she’s a great person, and I value her friendship very much.

But this desire to not give offense has become a sort of disease in Western Culture, a kind of self-censorship, in which the truth is avoided at all costs.

But is there any cost that is too high?

What ever happened to ‘sticks and stones may break my bones, but words will never hurt me?’ When did we become such a culture of wimps?

The time to tell the truth has come. The price to pay for not doing so is too high.

My Muslim friend is a sort of refugee to this country, you see, she is a homosexual, and the penalty for open homosexuality under Islamic law is death.

As she did not particularly want to be killed, she left her Muslim country and moved to the West.

She had more motivation than most to select her morality, but make no mistake, most people do pick and choose their moral rules, regardless of their religious background.

In the case of the Muslim world, many millions of them do. They believe that it is their duty to subjugate the world to the rule of Allah, and to kill those who remain unbelievers. 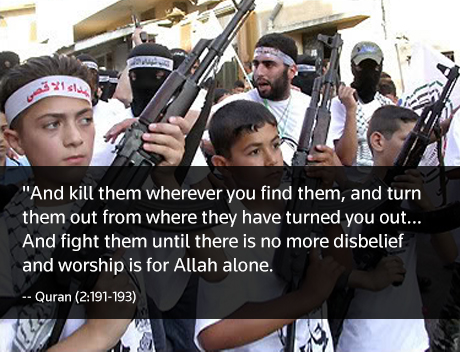 As the Koran says, “And kill them wherever you find them, and turn them out from where they have turned you out… and fight them until there is no more disbelief and worship is for Allah alone.” (2:191-193)

Not every Muslim believes that, but so what? If eight don’t, two do, and one of those two is holding a sword to your head, what does it matter?

Not unless the moderates are going to do something to restrain the radicals.

Moderates like my friend, are too busy trying to convince everyone that Islam is a religion of peace, they want people to like them, they want to go on with their normal lives just like everyone else.

But in directing their attention to a defense of their faith, the moderate kind Muslims inadvertently provide cover for the radical to spread like an undetected cancer.

It’s a terrible situation to be in, and it’s going to get worse.

Of course, it would be naïve to believe that even the most radical are simply following directions from the middle of an ancient scripture.

They do have cause for disgruntlement.

From the invasion of Iraq and Afghanistan, to the overthrow of Qaddafi in Libya, the treatment of the Palestinians in Israel, the boycott on Iran, the installation of the Shah, the 20 year no fly zone over Iraq, the Russian invasion of Afghanistan, the overthrow of democratically elected leaders, drone strikes, bombed civilian weddings and hospitals, and on and on and on…

And one should not be surprised at all when they do so.

Oh yes, Muslims have cause to be angry. Only a fool would dispute it. And among our elected leaders, there is no shortage of fools.

Revenge is a natural human instinct, though ‘turning the other cheek’ is touted as a higher value. And perhaps it is. It really depends on whether you get slapped again or not, doesn’t it?

Because Islam has a larger goal than simple revenge.

It’s a simple goal, a big goal, even a noble goal to the true believer. It is nothing less than to take over the world, to make every man woman and child a worshipper of the one true prophet.

Other religions and philosophies have undertaken the same goal at various times and places. For example, the true believers of Christianity gave it their best effort for a couple centuries to convert all before them, including many formerly Muslim lands.

But along with Christianity came other Western values, things like the rule of law, separation of church and state, free trade, the scientific method, private property, and the abolition of slavery.

Islam brings different values: like the inferiority of women, death to homosexuals and disbelievers, and rule by religious decree.

Some peoples converted to Christianity, while others did not. But wherever Western values were adopted in earnest, great prosperity followed: as in America, Hong Kong, Australia, Japan, and Singapore.

Though the Christian invaders very much wanted to convert people to their faith, they were, and are, tolerant of those who wished not to do so.

A notable exception being the Spanish Inquisition in which thousands were tortured or killed. And what led to this horrific episode of religious atrocity?

Spain had been conquered and ruled by Muslims for 600 years, but not without a fight. Not without constant fighting.

The Spanish Inquisition was an attempt to put an end to the fighting once and for all by creating a unified culture. Non-believers were given the choice to convert, leave, or die. Many innocent people did die. Muslims, Christians, Jews, and Agnostics.

This is not a part of the human experience that we should be eager to repeat. 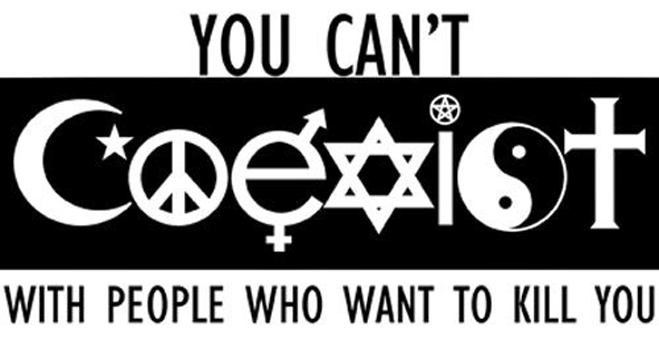 The quest for religious purity has been, and always will be, a great danger to rational society. For beliefs formed in the absence of evidence, cannot be changed by the introduction of reason.

In Western culture, the separation of church and state has largely eliminated religious prosecution. This separation has been an unqualified blessing as it allows people of various faiths to interact with each other under equal protection of the law.

Wherever this separation does not exist, trouble remains.

And now, a new invasion of Europe is underway.

Among the Muslim ‘refugees’ are many kind and decent people, some, many, or perhaps even most, eager to adopt and benefit from Western Culture.

And just as certainly, some are not.

They want a total transformation, and they will have it.

A new inquisition is just beginning, but it will not be a Christian atrocity this time.

Those who fail to learn from history are doomed to repeat it.

Stop the invasion. Stop it now. Send them back. The Western world and the Muslim world are simply not compatible and no amount of empathy or positive thinking will make them so.

When the time comes for your grand daughter to cover her face with a black robe or perish by the sword, her face will be covered. And for my dear Muslim friend who is a sinner amongst her own…

Ask not for whom the sword tolls, it tolls for thee.