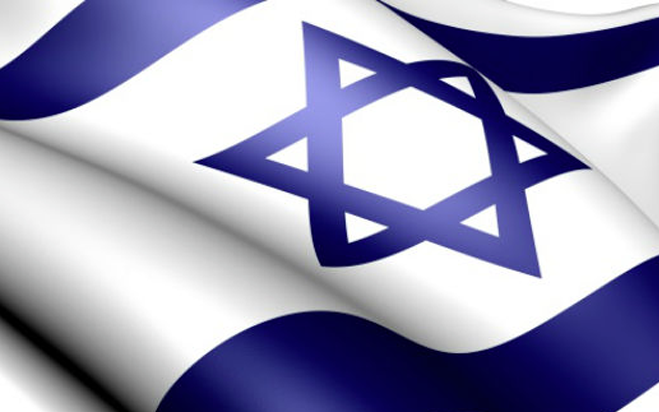 I first heard the phrase in Phnom Penh during the siege: “The situation is hopeless, but not critical.” As Israel and the Moslem world claw at each other unendingly, I wonder whether the same diagnosis doesn’t apply.

Perhaps I am wrong. I don’t see how.

To begin at the beginning: The Jews had long wanted a country of their own and, after Germany, understandably really wanted one. The problem was that all the countries were already taken except maybe Antarctica, so they conquered parts of Palestine by force of arms.

There was nothing Jewish about this. Most of history consists of groups conquering each other’s territory.

When you do this, the conquered people hate you, and begin to resist. To control them you resort to the rifle butt, the torture chamber, the air strike, and the secret police. This makes them hate you more, world without end.

Consider the occupation of Jewish Palestine by the Romans, the Jewish resistance, and Rome’s murderous responses.

The neighboring Moslem peoples, and indeed all Moslems, came to hate the modern Jews like poison, and the Jews, now become Israelis, soon returned the sentiment.

Historically, this was business as usual. Christians, Jews, and Moslems have spent a phenomenal amount of time hating each other.

It doesn’t seem to have gained them much.

Anyway, a vaguely possible modus vivendi was the Two-State solution, now dead, if it ever wasn’t, because Israel is absorbing the occupied territories. So many Jewish settlers now live on occupied Moslem land that no Israeli government could force them to come back, even if it wanted to, which it emphatically doesn’t.

In what amounts to Greater Israel, the Jews came to have custody in Israel proper of about 1.7 million Moslems, in Gaza of over a million and a half who hate Israel and, in the West Bank, pushing toward three million more, who hate Israel.

Why Israel wants additional Moslems isn’t clear—I don’t want any at all, as they seem to be nothing but trouble–but it does seem to be collecting them.

This means that Israel can never be a democracy because, if the Moslems had the vote, Israel would stop being a Jewish state and just be a country with a lot of Jews.

Worse, the moment Moslem voters, who breed faster than Jews, outnumbered these by one vote (if they ever did), Israel would become an Islamic republic, like Afghanistan.

I do not think the Israelis have this in mind.

How a First World people can live as keepers of what appear to irremediably primitive Third Worlders is not clear, even without hatred.

There is worse. The Moslems cannot be allowed much commercial success, since it would translate into political power. And intermarriage must be prevented at all costs, since Jews, of whom there are not many to begin with, could be bred out of existence. Is this not Alabama in 1900?

So what can Israel do with its internal Moslems? Logically it can:

Is there another choice?

Since the Moslems both internal and external hate the Jews, Israel must constantly fight them off, often militarily. Just now it is invading Gaza again, which has been firing rockets into Israel.

The Moslems are always doing something, such as blowing up buses full of Israelis, so Israel is always bombing Gaza, invading Gaza, killing Turks, bombing Lebanon, invading it, bombing Iraq, killing Iranian scientists, and so on.

There is the usual political posturing and kindergarten yelling about you started it, no, you started it, but underlying the noise is that the two sides bitterly hate each other.

If there is any reason to believe that it will ever stop, I am unaware of it.

Does anyone seriously foresee a multi-culti, Koom Bah Yah amity, with turbans and yarmulkes back-yard barbecuing together and swapping dirty stories? Anybody who thinks this possible must be smoking Drano. The two flavors of Moslem are murdering each other in droves, and they have the same faith. They’re going to learn to love Jews?

No military solution is possible. Israel’s First World, heavily armed, high-tech forces can defeat, usually easily, any forces arrayed against it by its Third-World enemies. It just can’t keep them defeated.

Nor can the Moslems decisively defeat Israel. The only remotely plausible approach would be to force Israel to mobilize and stay mobilized until its economy collapsed, which for a lot of reasons isn’t going to happen, and anyway the US would intervene.

The beat goes on.

Meanwhile, Israel depends utterly on America for its survival. Yes, it is an advanced, highly educated, commercially astute nation, and if it lived in peace would be a small roaring success.

But it doesn’t live in peace.

And it is too small to buy or build the forces it needs to repel its neighbors and keep its supply lines open. It cannot field a large army other than briefly because it just doesn’t have the population. A garrison state, it very much needs US support.

Said support is not just military and economic.

If votes in the UN are an indication, Israel is detested by most of the planet, which would endeavor to do all manner of anti-Israeli things if the US didn’t veto all of them. Israel has a PR problem.

In Gaza we see the now-common spectacle of a national military fighting a non-state enemy of barely armed militants. The result is dead children, recorded on cell-phone cameras.

In America politics regarding Israel are often bitter and even more confusing. For example, I know feminists hostile to Israel, which doesn’t mistreat women at all, yet well disposed to Moslems, for whom mere misogyny would be a great step upward.

Many Jews of my acquaintance are ambivalent or confused, wanting Israel to survive yet loathing its government.

How firm is American support for Israel? Very—for now, anyway.

This is due in part to the immensely powerful Israel lobby in Washington, in part to a certain lack of enthusiasm for Moslems after 9/11, and in part to the lack of strong anti-Jewish sentiment in America. The United States isn’t Poland.

In fact there is a lot of pro-Jewish feeling, seldom mentioned because it doesn’t fit the journalistic template of the eternally endangered Jew on the raw edge of extermination, sieg heil.

Of course, pro-Jewish and pro-Israel are different categories.

If there is ever a threat to American support, it will be not from anti-Semitism but from indifference. There is a potential softness in the support.

When Netanyahu gets 29 (was it?) standing ovations in Congress (which he did) it is not because all Congressmen are wildly enthusiastic about Israel. God himself would not receive such unanimous enthusiasm.

Electoral politics screens out principle, and politicians will vote for whatever they think in their interest.

If congressmen spoke honestly (yes, I know) I think you would find a small neo-Nazi group virulently against Israel, a substantial Christian group strongly for—and a majority who just wanted the question to go away.

Thus the crucial importance of the lobby.

All in all, it seems to me that Israel has gotten itself into a horrible situation, hated within, hated without, and hanging by a lobby. What can the Israelis do?

I don’t see a happy ending. Or any ending.