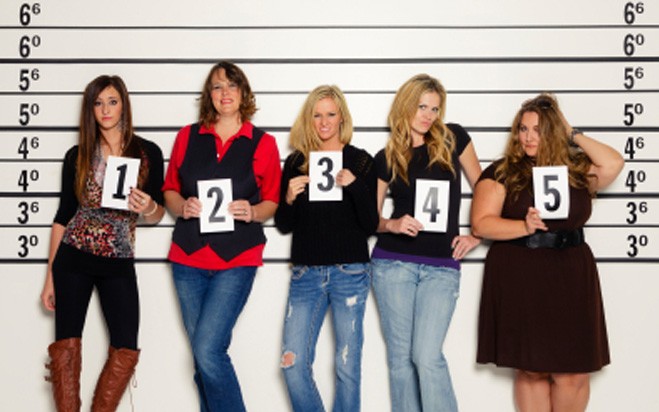 “Breaking rocks in the hot sun. I fought the law and the law won.”

That’s how the song goes. And many men find themselves working for nothing, by ignoring the law.

But most had no idea “what” the law was or that there even was one. I didn’t.

No one even told me, no book in the library, not even an after-school special.

All that was said was, “No one can understand women.”

But what if there were a “law” that did explain women?

Wouldn’t that be a handy piece of information?

Written by Robert Briffault, a French author and anthropologist, Briffault’s Law seems to explain quite a lot.

• The female, not the male, determines all the conditions of the animal family. Where the female can derive no benefit from relationship with the male, no such relationship takes place.

• Past benefits provided by the male do not guarantee a continued relationship, and any agreement where the male promises to provide a benefit is null and void as soon as the benefit has been provided.

This rather blunt assessment is certainly not very romantic.

But is it true?

We are all subject to our own experiences, and from my perspective Briffault’s Law certainly seems to explain a lot.

I don’t believe I am alone in this regard, so I would say that yes, it is true.

That might upset certain people, and not necessarily just women. But why should it?

Hasn’t it always been nature’s intent that females associate with the male best able to provide in the business of raising children?

From birds building nests, to buffalo locking horns, the female of all species seek out the most able male. Or at least they are supposed to.

Is there something ‘bad’ about that?

Briffault’s law is not only useful to women, but to society in general.

If more women rejected men who were clearly incapable of being a responsible provider, perhaps there would be less trouble in the world today.

Shouldn’t a good mother advise her daughters to keep her eyes and ears open when dating, but her legs crossed?

Shouldn’t a good father advise his daughter that if a young suitor has no prospects other than the production of sperm, that she should move on to the next?

When women break “the law,” and young women today often do, they pay dearly for it. With years of unsupported child-raising, while the deadbeat they should have been warned about is nowhere to be found.

It is no secret that most women, even self-proclaimed feminists, would prefer to marry a rich man. Someone is buying these books, and there are dozens of them.

A recent study in the UK showed that 90% of women married men who were richer than themselves. It is likely the same in every nation on earth.

And even between nations.

When a friend of mine told his family he was going to marry a woman half his age from a foreign country. The moral outrage directed at him from his sisters went something like this, “She is just using you to get a better life.”

To which he replied, “That is true for every woman in the world marrying any man.”

After all, who ever marries to have a worse life?

Everyone hopes that it will be an improvement. And women doubly so, since many intend to rely solely on the earnings of their husband.

At least in my friend’s case, all pretense was dropped.

I would have to use both hands and some toes to count the number of times I’ve overheard conversations between women on how they were going to marry a rich man and ‘rip him off.’

In some cases, they were already married.

You see, embracing Briffault’s Law is not a dilemma for most women. They do so openly and with pride.

Men shrug this off like it’s a joke. But it isn’t.

So men, get this through your thick skull:

All women associate with a man as long they derive a benefit from the association. When the benefit is gone, so is she.

How does knowing this help?

If you know going in that she is there to derive a benefit, then make sure you are willing to provide that benefit on a continuing basis, and that the cost of doing so is worth the relationship.

The benefit need not be financial, though it usually is.

Just be fully aware that if you stop providing the benefit, or the hope for the benefit, that the relationship will also stop.

Men lose the plot, and often much more, when they expect past benefits provided, to continue a relationship into the future.

But loyalty, honor, gratitude, and duty are male values, drummed into us from an early age by culture, friends, and most definitely by the women in our lives.

Women learn different values. The core one being: Whatever is good for her and her children is what’s best, full stop.

A man should not expect that the woman in his life will be grateful, and sacrifice for him, when he can no longer provide for her and hers.

And make no mistake, he has never been, and never will be, part of what is hers.

Her priorities are herself, her children, her parents, her siblings—and then maybe him—unless she has a pet Chihuahua. 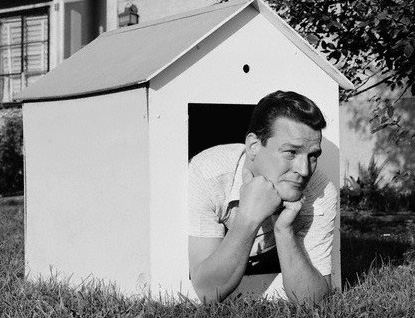 A woman’s biological imperative has always been to extend her own bloodline. It always has been, and it always will be.

And men routinely put women and children first, by taking out large insurance policies so their loved ones will be well taken care of should they die.

The life insurance gender statistics are well known. Even if the wife makes as much money as the husband, she will have only a fraction of the coverage.

Women see no reason to reduce their current ability to spend, and they don’t seem to give a damn what happens to their husband in their absence.

Heaven forbid that he should have some money left over to spend on some ‘bimbo.’

When does the expectation of mutual benefit in marriage go seriously wrong?

For many men, right after saying, “I do.”

Because the man has just entered into a legal contract with the state, where he has promised to provide everything to his bride, and where the bride has promised nothing in return.

The full weight of the law and public opinion will support her taking every thing he has, and much of what he will ever make in the future.

Everything he has, or will have, is already hers—and so the honeymoon is over.

Divorce court rulings do not lie.

A woman has little need to associate with a man any further once they are married. Unless he is able to provide continued benefit, or the promise of future benefit.

Is it any wonder that so many married men behave like neutered slaves on short leashes?

Perhaps this all seems hopelessly pessimistic.

But forewarned is forearmed.

No doubt there are exceptions to Briffault’s Law—where true love conquers all—and everyone likes a touching story. But a little closer examination would reveal that there are very few real exceptions.

And exceptions do not disprove the rule.

Those who fight the Law, whether man or woman, do so at their own peril.

Like the song goes, “She’s the best girl I ever had. I fought the law, and the law won…”

One thought on “I Fought the Law, and Briffault Won.”