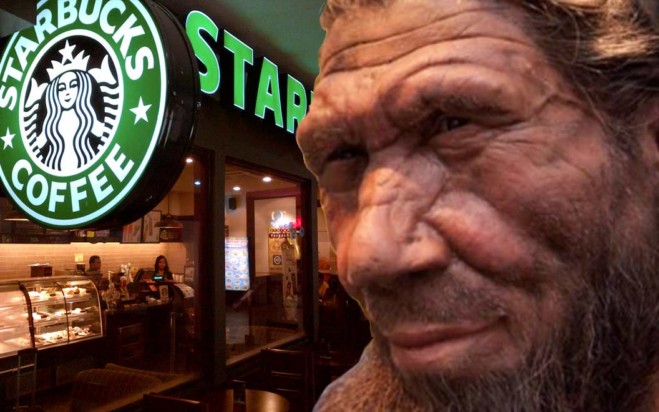 I Am Sub-Human I know, I know, you’ve suspected all along. Well I’m here to confirm it. I am not entirely human. I am part something else. Part Neanderthal.

Until very recently, the scientific consensus had been that Neanderthals went extinct 30,000 years ago. But recent DNA testing has proven the vast majority of Europeans and Asians have from 1% to 2% percent Neanderthal DNA.

Our ancient ancestors interbred, enough so that traces of that cross-breeding remain with us today. From hair color, disease resistance, psychology, skin pigmentation and more, a little bit of Neanderthal goes a long way. Tens of thousands of years.

The Neanderthals are not extinct. We are them. If only a little bit.

The Denisovans were another proto-human species, and traces of their ancient DNA have been found in East Asians, Pacific Islanders, and Australian Aborigines. So people from that region have a tri-species background: Homo sapiens, Neanderthal, and Denisovan.

These are momentous discoveries. That call into question many standing theories of how we came to be who we are. Especially considering the number of other proto-human species such as Homo Habilus in Tanzania, Homo Floresiensis in Indonesia, Homo Erectus throughout Asia, and many more.

So far no DNA connection has been found to these other proto-humans, but we ought not be surprised if and when they are. Something that is surprising about the DNA connection to Neanderthals and Denisovans, is how little controversy has arisen.  It’s been reported dispassionately in TIME, National Geographic, NPR, CNN, FOX, and numerous science publications.

I think that’s great. Science ought to be seeking the truth for the truth’s sake, and neither emotion nor politics ought to be involved. But it’s only a matter of time.

For with these discoveries, the story of human evolution has also changed irrevocably. Instead of a single species (homo-sapiens) migrating out of Africa and then evolving to local conditions throughout the world – it now appears that significant parts of modern human-diversity were due to ‘cross-breeding’ with other proto-human species that had already adapted to local conditions.

It raises a politically incorrect question that no one dares ask, “Are the human groups we see today and differences between them result, at least in part, from different species?”

In a politically fortunate turn of events, those of direct African descent can currently claim to be “pure” homo-sapiens, 100% human being. And I suspect this has something to do with the lack of controversy.

I mean, could you imagine the reaction if it had been found that only Africans were part Neanderthal and everyone else were “pure” human? The scientists would have been accused of being racist, lost their jobs, and the story buried somewhere beneath the scientists careers.

Or I could be mistaken. Perhaps we have “evolved” enough to treat the science as just the science. But I doubt it. The preponderance of evidence shows otherwise, and it’s only a matter of time before this ancient DNA research blows up into some sort of fiasco.

As for me. Well, I’m part Neanderthal. So what? Big deal. It’s interesting but doesn’t affect me in any big way. Oh sure, it might make me more susceptible to Type-2 diabetes, sunburn, or depression, but I can deal with that.

To celebrate my newfound diversity I decided to meet a friend down at Starbucks. While I was waiting, one of the staff told me I had to order something or he’d have to ask me to leave. I said, “What are you some sort of Neanderthalist?”

“Sir, please calm down, it’s store policy for everyone…”