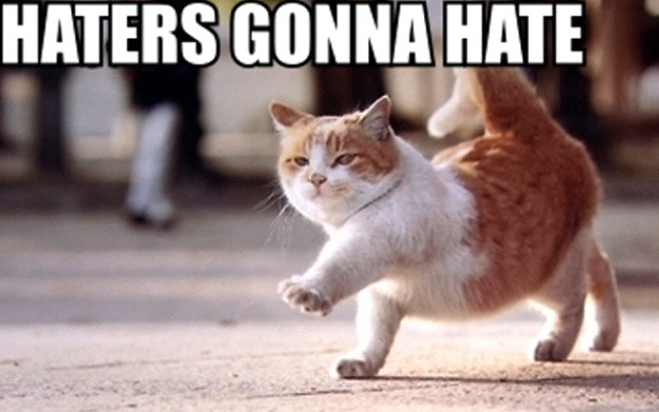 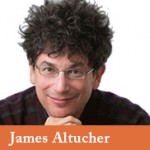 I’ve had people even show up unexpectedly at my house ready to argue with me. Maybe the worst was exactly four years ago today. I wrote an article on July 4 on why I was against all wars.

I don’t know enough to have a real opinion. All I know is that there is nothing that I would ever feel strongly enough about where I would allow my 16 year old daughter to take a gun to another country and shoot other little kids.

That’s what war is. That’s what all wars have been. The history books with the justifications get written later.

I was afraid to publish the article anywhere. So I went to a website devoted to yoga. I figured, “All of these people will love me.” Because I wanted to be loved.

And it wasn’t just strangers. After a few months I realized one of my best friends wasn’t calling me back. Finally I got ahold of him. I said, “what’s going on?”

He said, “I read that article. You must be for slavery.”

I said, “We’ve known each other 20 years. Why didn’t you pick up the phone and just ask me? Of course I am not for slavery or anything even remotely close to that.”

But he said, “Let’s just wish each other well and not speak anymore.”

Another time I wrote an article about my family. I wrote about my father and my fears of how I was making the same mistakes he made in life. The article was about my own fears.

My sister wrote me and said she would sue me unless I took it down. She said, “I never want to speak to you again for the rest of my life.”

Yesterday, someone wrote me and said I was probably the dumbest person alive. I get those at least once a day. Two days ago it was more like ten emails saying that.

It’s very painful to get hate mail. From friends or even from people you don’t know or from relatives. No matter who it is. I don’t like it.

So I had to learn to deal with it.

This means, when I see my wife, or my friends, or my children, or people who I love, it may be the last time I see them or speak to them.

Will I spend those moments agonizing about people who hate me, people stuck in my head shouting at me in my imagination?

Or will I give the people I love my full attention. Because I will miss them. Because nothing is better than being around people you love.

It’s my choice always in those moments and I know exactly what I will choose.

B) THIS TOO SHALL PASS

If I respond to one hateful comment. Or one outrageous statement against me. Or one completely insane outburst, then I have to restart the clock and it’s another 24 hours.

For those people, it’s just a game of reaction-reaction.

I’d rather play games I enjoy.

C) THEY ARE JUNK STATUS BINGING

When someone lashes out at me, I quickly realized what was happening, as painful as it was at the moment.

I only know this because I look at when I get angry at something. It’s usually not because what the other person did. It’s usually because they said or did something that triggered some fear inside of me.

My fear of not being liked. My fear of losing some status. My fear that if I lose status maybe once again I will l go broke, or lose my marriage, or go homeless, or start drinking and taking drugs. Or whatever has happened to me in the past that gives fuel to my own fears.

I don’t like fears that are touched. So I clothe it in the armor of anger and I lash out.

And that’s what other people do. To me, to you, to everyone. We are all victims on both sides of this.

Sometimes the most confident-seeming people are the ones the most afraid, the ones with the most armor surround them, the ones who need to be cradled the most but prevent that by lashing out at those around them.

When someone is afraid and angry like that, they want to feel they are better than you. So without earning that “better” status (whatever that might mean), they try to get status over you by trashing you.

This is similar to “eating our fears” when we binge on junk food. Ultimately, we are tribal animals, and all mammals earn their rank in the tribe and know very well where they sit on that ranking.

And when I get offended by it, I also have to be aware of the same thing. They are dealing with their fears but I’m also dealing with mine.

So now I say, “thank you”. Because it is ONLY in those moments where I can relax and release and let go. These are the moments we are given to spiritually grow.

D) HAVE A VISION

Every day I get emails from people who are in pain. People who feel stuck in life. Stuck in their careers. Stuck in their passions or their relationships.
Or even worse, lost and perhaps suicidal. People who were climbing a ladder and for a moment, at least, have lost their grip in the dark and don’t know how to find it again.

I’ve been on that ladder many times. I’ve also lost my grip. I’ve fallen all the way down.

I like to think that I want to help. But I don’t know if that’s possible. You can’t tell people how to find light when the room is pitch black.

All I can do is tell what works for me. How I have gotten back onto that ladder and kept climbing. What practices and methods have worked for me that I have to stick to every day. Or else.

I never write to hurt anyone. I only tells what happens to me. I never give advice. I only say what has worked for me.

When you write and work from the heart, from your own personal vision, that is your safety net.

Don’t go from your safety net into someone else’s spider web. They will poison you and then suck the blood out of you.

Ultimately we’re a single drop of water that is dropped into the middle of a deep ocean.

What happens to that single drop of water then? It disperses throughout the ocean, rippling to all shores. If the ocean is your safety net, no storm can rock you for long.

Laughter cures all. Laughter is a very primal sound we make. It is older than human language – perhaps millions of years older.

What does it signify? It signifies that there was danger, but now the danger is over. There is relief. There is joy. There is celebration.

When I feel my body reacting to someone else’s opinion of me (I feel it in my chest, my stomach, my head), and I want to react, I want to argue, I want to make the call and find out why, who, when, WHY – I watch comedy.

I laugh. It’s ok. This is more important for my survival than arguing. And, in fact, medically that’s true also. Anger will cause stress, inflammation, heart attacks, strokes.

Laughter has been demonstrated to be life-healing. It’s an inner massage of the body.

And given all of our choices in our short lives, while we are all trapped here together spinning through space at 4000 miles a second until we flame out into a mist of nothingness, what would you rather do – laugh or cry?

People say, “it’s none of my business what other people think of me”. This is one of those statements that are both True and Not-True. Intellectually it seems true.

But we’re not all intellectuals. Sometimes we feel that animal urge to respond, to react, to cry, to be in pain.

So this is all a practice. A practice for growth. And the people who lash out with their opinions about us are our greatest teachers.

Sometimes it feels horrible. But running a marathon is hard. Flying through space on a tiny planet is so hard it’s a miracle.

Don’t waste the miracle living inside other people’s fears. Be the drop of water that disperses through the infinitely wide ocean.