September 13th, 2014
4 Lousy Reasons the U.K. Doesn’t want to Break Up with Scotland 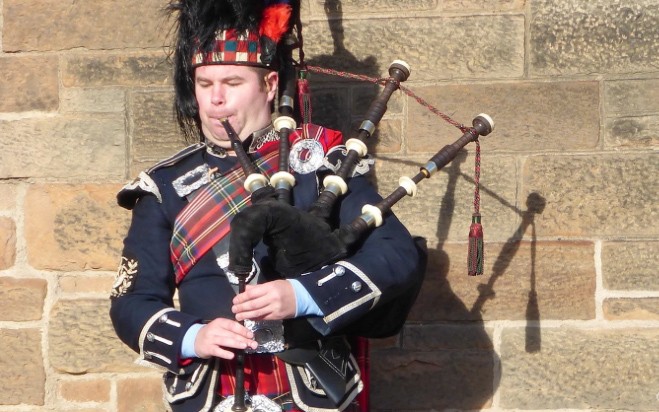 The Scots are on the verge of voting themselves out of the United Kingdom, and becoming once again a sovereign nation.

Despite a massive fearmongering campaign by both Labour and Tories in the UK, Scotland’s nationalists drew closer to the ‘Better Together’ campaign in the latest poll.

The Guardian newspaper poll put support for “yes” on 49 percent and “no” on 51 percent after excluding undecided voters. The run-in to the Sept. 18 vote is now too close to call.

Men favored independence by 52 percent to 48 percent, while women backed staying in the U.K. by 55 percent to 45 percent.

When the Royal Bank of Scotland said they will move some operations out of Scotland in the event of a “yes” vote, independence leader Salmond demanded a probe into the disclosure. First reported by the BBC citing a Treasury source, accusing the government of deliberate “scaremongering” by briefing sensitive information before the referendum.

Business leader, Tim Martin, the chairman of pub chain JD Wetherspoon Plc (JDW), was dismissive of warnings from businesses about the costs of independence. “Most of what has been said has been utter nonsense,” he told BBC Radio.

“New Zealand has got a similar population to Scotland, its own currency and it does tremendously well; Singapore, fantastic economy, Switzerland does very well. There’s obviously no reason why Scotland can’t have its own government if that’s what the Scots want.”

In response to RBS, 4 Other Banks Warn of Relocation to England if Scots Vote Yes; Pater Tenebrarum responded:

“Scotland will be better off on its own. It matters not one whit where these companies are headquartered. In fact, an independent Scotland would be able to introduce a regulatory and tax regime that makes it irresistible to foreign companies.”

So why all the hostility to Scotland going its own way?

Politics makes strange bedfellows and the above four points show why.

Scotland has far better opportunities on its own. Any loss in business of financial industries could easily be regained elsewhere. The only caveat is that Scotland would have to implement tax reforms to make that happen.

Regardless, the success or failure of independence would be up to the Scots. Yet, compared to being slaves to Britain and the EU, that is by far the better choice.