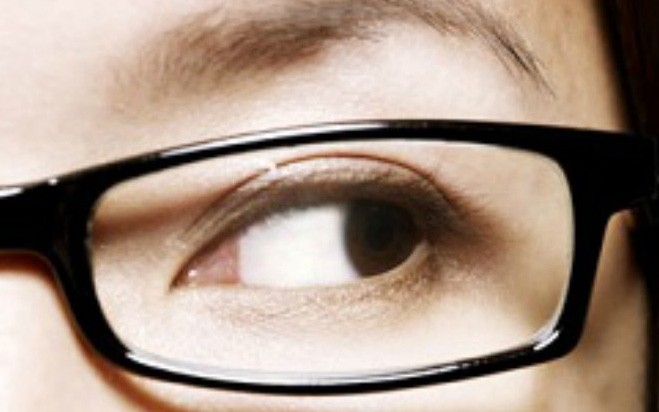 Over the last few years, we’ve seen it claimed that Osama bin Laden didn’t really die, that Barack Obama is covering up the true circumstances of his birth, that Kanye West and Kim Kardashian have encoded Illuminati symbolism in their baby’s name, that the National Security Agency has been secretly intercepting Americans’ phone calls and e-mails—oh, wait.

It’s easy to write off conspiracy theories as the delusions of the political fringe, a minor nuisance fueled by the rise of the Internet.

Conspiracy stories have been a major part of American life since the colonial days. They are not just found in the political extremes, and they are not invariably wrong.

And even when they are wrong, as is so often true, they still have lessons to teach us. To understand why conspiracies matter, it helps to clear away some myths that have attached themselves to the subject.

A 2011 article in the British newspaper The Independent flatly declared that “there are more conspiracy theories and more conspiracy theory believers than ever before.” This, the reporter continued, was largely “because the internet has made it easy to propagate rumour and supposition on a global scale.”

As an example, he cited a story that the Ku Klux Klan secretly owned KFC and was lacing “the food with a drug that makes only black men impotent.”

But there has never been an age when conspiracy theories were not popular.

From Puritan fears that Satan was commanding a conspiracy of Indians to Thomas Jefferson’s concern that the British had “a deliberate and systematical plan of reducing us to slavery,” from the assassination rumors that followed the death of President Zachary Taylor to the tales of subversion told during the Cold War, every significant event in American history has inspired conspiracy theories.

And a lot of insignificant events have, too.

Some of those stories showed up in major media outlets, but others we know about only because social scientists took the time to collect them.

Thanks to the sociologist Howard Odum, for example, who studied the stories circulating among Southerners in the 1940s, we know that there were people who believed, in one white person’s words, that “Hitler has told the Negroes he will give them the South for their help.”

The chief difference the Internet has made—other than allowing such stories, like any stories, to spread more quickly—is to make them more visible.

Rumors that once were limited to a single subculture can spill out into the open. The volume and intensity of conspiracy fears haven’t necessarily increased; they’re just easier for outsiders to hear.

It’s telling that The Independent’s example of an Internet-fueled rumor actually predates the Internet age. The folklorist Patricia Turner first encountered the KFC story in the 1980s, though in the version she heard the villainous restaurant was supposed to be Church’s Chicken. She eventually determined that the rumor had been around since at least the ’70s.

You can’t blame the Web for that.

It isn’t always scary to imagine a grand design. Sometimes it’s a comfort. People say “Everything happens for a reason” or “It’s all God’s plan” to soothe you, not to frighten you. And it’s just a small step from there to a worldview where the grand design is executed not by God but by a benevolent conspiracy.

Conspiracy folklore is filled with this sort of story, starring everyone from Rosicrucians to extraterrestrials to a hidden order of adepts based beneath Mount Shasta. The California writer Manly P. Hall, for example, believed the United States was being guided to a special destiny by an Order of the Quest, which had intervened in everything from Columbus’s voyage to the signing of the Declaration of Independence.

Myth #3: Conspiracy theories are just a feature of the fringe

In the most widely read—or at least widely namechecked—study of political paranoia, “The Paranoid Style in American Politics,” the historian Richard Hofstadter called conspiracism “the preferred style only of minority movements.”

Yet the mainstream regularly embraces conspiracy theories, some of which look deeply bizarre in retrospect.

Consider the great Satanism scare. In the 1980s, older tales about Satanic conspiracies collided with three secular fears: a wave of stories about missing children, a heightened concern with child abuse, and worries about religious cults. The result was a period when mainstream reporters and officials embraced the idea that a network of Satanists was kidnapping, molesting, and murdering American children.

Innocent people were sent to prison for participating in the purported crimes. Respected shows such as “20/20” uncritically repeated extremely dubious claims. An FBI agent, writing in Police Chief magazine, complained about “a flood of law enforcement seminars and conferences” where cops would hear talks about “satanic groups involved in organized conspiracies, such as taking over day care centers, infiltrating police departments, and trafficking in human sacrifice victims.”

Moral panics have frequently come bundled with conspiracy yarns, from the alleged white-slavery syndicates of a century ago (described by one Chicago prosecutor as an “invisible government”) to the gay subversion feared in the early years of the Cold War. (In 1950, the director of the CIA warned that “perverts in key positions” formed “a government within a government.”)

There is always a tendency, in the mainstream as much as the fringes, to blame real or imagined social problems on a folk devil. And the folk devil often takes the form of a conspiracy.

The phrase “conspiracy theory” is often used as a synonym for “fear of fictional conspiracies.”

But of course actual conspiracies do exist. Spies, Mafias, and terrorists are real. The FBI really does have a history of infiltrating and disrupting dissident groups. The CIA really did study the effects of LSD by dosing unsuspecting Americans with the drug.

In the infamous Tuskegee Experiment, which lasted 40 years, the Public Health Service deliberately refrained from telling hundreds of black patients that they had syphilis, so as to study whether the disease affects blacks and whites in different ways.

Certain kinds of conspiracy theory have grown more popular in particular periods, and this often follows the revelation of real plots in the press. Once you’ve seen what an institution is capable of, it becomes easier to imagine it’s engaged in even more nefarious activities. And sometimes your imagination will be at least partly right.

Myth #5: Untrue conspiracy theories have no truths to teach us

Other times, needless to say, your imagination will be entirely wrong. There is no good reason to believe that white doctors injected black babies with HIV, for example, or that alien bodies have been concealed in Roswell.

But even false beliefs have lessons to teach us. When a conspiracy story catches on, that says something about the anxieties and experiences of the people who believe it.

That Church’s Chicken story, for example, emerged in a country with a long history of sterilizing low-income blacks without their consent, sometimes even without their knowledge. At the earliest point that the story is known to have circulated, some states still had sterilization laws on the books.

The rumor was a fantasy, but it was also more than that. Like any form of folklore, it reflected the culture that created it.

So when you hear someone suggest, say, that Obama wasn’t born in the United States, it’s worth considering what fears are afoot that allow such a story to find believers.

Something may be happening that we should not ignore, even if the form it takes happens to look absurd.

This article was originally published in the Boston Globe.