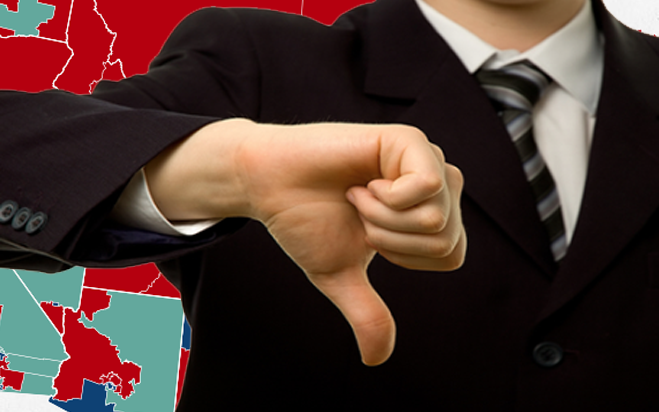 Republicans won large majorities in both the House and Senate in yesterday’s election.

Six years of ‘Hope and Change’ has exhausted most people’s patience. Surveys show that the majority believes the country is headed in the wrong direction, and that the President conveys incompetence.

It turns out that combatting Ebola, Isis, and a border crisis from the golf course has not been particularly effective in gaining confidence.

And so America is voting for ‘Change’ again.

But to change what?

What Americans are voting against is easier to figure out than what they are voting for. The Republican Party is not particularly unified. From foreign policy to spending cuts, opinions vary, widely.

The principal voices in foreign policy will be Lindsey Graham, John McCain, and Bob Corker, who is slated to become chairman of foreign relations. All are war hawks.

But are the American people really voting to confront Russia in Ukraine, to put “boots on the ground” in Iraq, or to provoke a clash with Iran over it’s nuclear program?

I don’t recall any of that being on the ballot.

There are more moderate voices in the GOP, such as Rand Paul, who espouse a “let’s mind our own business” approach to foreign affairs, and though gaining popularity with the public, they are not favored by party power brokers.

Mitch McConnell is likely to be the new majority leader in the Senate, but he’s about as popular as Harry Reid was. Which is to say, not very.

At its core the Republican Party is socially conservative, a family values party. But how many Republicans ran on these issues this fall?

How many will be advancing this social agenda, when even the pope is calling for a truce in the culture wars?

Yet if the GOP is no longer united on foreign policy and social issues, surely they are as one on lower taxes and smaller government.

Is the Republican Party so committed to a balanced budget that they will slash spending to match cuts in tax rates?

And, if so, where does they propose cuts?

Social Security, Medicare, Medicaid and defense are the big budget items. Is the GOP ready to cap or cut these?

Will the GOP go after education, housing, income security or food stamps?
Why would they, knowing full well that Obama would veto any attempts to do so?

Yesterday’s vote was “an election about rejection,” the rejection of Obama’s leadership after six years of his presidency. But it is not a vote of confidence in the party of McConnell, McCain, and Boehner.

It is America’s choice between undesirables.

America is saying: We do not like either of you. But we cannot keep going the way we have been going. We have to change. And the Republican Party is the only one on the ballot that appears to offer that.

The mainstream media will declare that the country wants the Republican Party to work with President Obama to end the gridlock.

And as usual, they will be wrong.

Democratic majorities in the House and Senate would have put an instant end to gridlock. But instead of voting for Congress to help Obama end gridlock, it voted for those who promised to checkmate him.

The country, in short, voted for gridlock.

In a democracy, people get the kind of government they deserve.

The American people are today deeply divided — on ideology, politics, faith, morality, race, culture. Americans today — and not for the first time — do not really like each other.

As that is who we are, that is the kind of government we will have.

One thought on “Election Rejection”