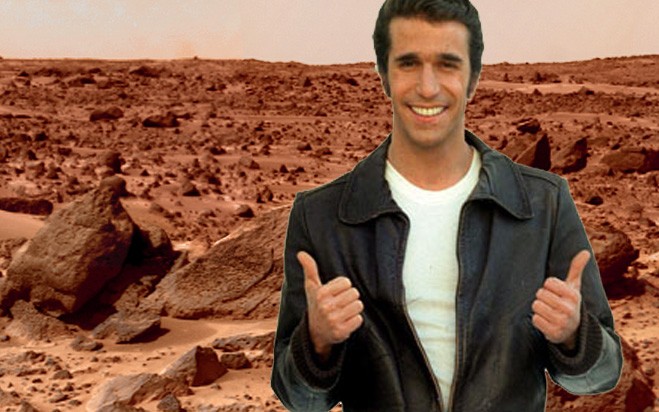 When someone says, “that’s cool,” it is a signal that all thinking has ceased.

Therefore ‘cool’ has become a national addiction, for getting things done, that really don’t need doing.

It wasn’t so long ago that we didn’t have rockets blasting into space, or NASA. Didn’t need them. If you wanted to look at the moon, you went in the back yard.

Then the Soviets put Sputnik into orbit, a tin can that sailed round and round and went “beep, beep, beep.”

It was a threat to national security. Everyone knew that we couldn’t let the communists say “beep, beep, beep,” at us. That wasn’t cool.

So into the fray stepped the coolest President yet, who declared that we must get to the moon before the Russians.

He didn’t say why, but it sure sounded cool, and when cool is involved, no one asks why.

Pretty soon, truckloads of money were being poured into making gigantic rockets, and all of a sudden mathematicians became employable.

No one bothered to ask why we needed a gigantic rocket, but they were plenty cool to look at, and that was enough.

But then the reason why emerged, when Neil Armstrong answered the burning scientific question of the ages, and confirmed that the moon was made out of rocks –
not cheese.

Heck I was 6 years old at the time and I knew where plenty of rocks were. I’d have sold them to the government for a nickel a piece.

Well, they kept sending more astronauts up there to confirm that the rocks had not yet turned to cheese, and that dune buggies work about the same pretty much anywhere.

And then people pretty much stopped caring.

NASA was still a new agency and had made a beginner’s error.

When Uncle Sam pays you to solve a problem, you have to avoid solving that sucker like the plague, because then you’re out of a job. It’s why Washington can’t do anything right.

Trouble was, NASA solved its problem. Uncle Sam said ‘go to the moon,’ and unwisely, it did.

Now the world’s foremost engineering outfit, having just completed the world’s most expensive rock collecting expedition, had nothing to do.

Unlike a 6 year old, the super alpha geek engineers at NASA now had kids of their own and mortgages, and faced low market demand for advanced rock-finding.

Besides, secondary economic effects loomed. If NASA went down, so would the pocket-protector industry. It could have caused another depression.

And then, inspired by endless reruns of Star Trek, some genius shouted, “Let’s build a Space Shuttle!”

Why would anyone want to shuttle into space? There was nothing there. That’s how you knew it was space.

But nevermind, it sounded cool, and besides, it would give all those geeks on the payroll something to do.

Congress couldn’t resist voting yes, as this was in the era of The Fonz, and no one could risk not being cool. 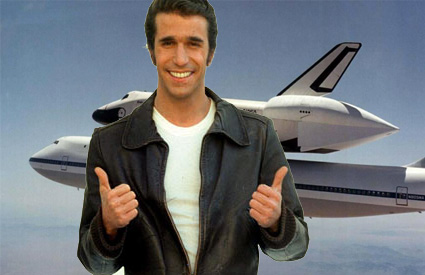 So money sprayed into the Space Shuttle program, subsidizing the food, clothing, and shelter of 70,000 employees and contractors, to infinity and beyond.

Now since this contraption would not even bring back any of the rocks that we so desperately needed, there was a lot of hoopla about how the Shuttle would help answer the mysteries of life, cure cancer, and stop the forthcoming ice age.

But the Space Shuttle soon faced the problem that there just wasn’t a heck of a lot to do up there.

For awhile, NASA said they were going to study how plants grow in space, presumably to solve the problem of hunger on earth.

But it turns out that the poor of the world can’t afford the mark-up on a billion dollar transport cost.

Congress bought the idea though. That’s what counted. And at long last, NASA had figured out how to attain funding immortality.

First step is get the public used to paying. People generally cannot tell the difference between what they are used to doing, and what makes sense.

Next, you slowly let your boondoggles fade from the newspapers. The Shuttle was “cool” for about three launches, and then people got tired of watching it land in the Mojave Desert with another payload of nothing.

For awhile, life was good, funding flowed and salaries climbed.

Then the darned thing blew up.

That really was a disaster, because all of a sudden people were paying attention again. With all the poking and prodding, people might soon discover that the space bus wasn’t actually doing anything, and worse, it wasn’t cool anymore.

Most people need a Space Station like they need a doughnut with ketchup on it. People had lived whole lives without a space station, and it hadn’t hurt them. But engineers still needed jobs.

So now its up there, spinning like a hamster wheel and answering important questions for mankind such as, “What does water look like in zero gravity?”

Even I cannot deny that that is cool.

And now that that burning scientific question has been solved, a new plot is being hatched.

After the Mars probe confirmed the color of rocks on Mars, we’re going to be told that we need to send people there.

Unexpectedly, this will cost a bunch of money and require a bunch of mathematicians. It will however vastly increase our supply of pink rocks.

You know, I think I saw some rocks just like that in the desert between Las Vegas and Phoenix.

I’d sell them to the government for a nickel a piece.