One can only assume that Mr. Melber was simply reading the teleprompter and did not have the slightest idea what he was saying.

The last vestige of the Free Market in Detroit was squashed in 1941, when Franklin Roosevelt forced Henry Ford to accept unionized labor in his factories in order to keep lucrative war contracts.

Once known as the “Paris of the West,” Detroit was America’s most prosperous and fastest growing city.

Literally driven by the auto industry that sprung up around Ford’s dream to make affordable cars for everyday people, not Ferraris.

Hundreds of thousands of jobs were created, and it was Henry Ford who raised wages to the highest in the country, and instituted the 8 hour day, to attract enough people to fill them. 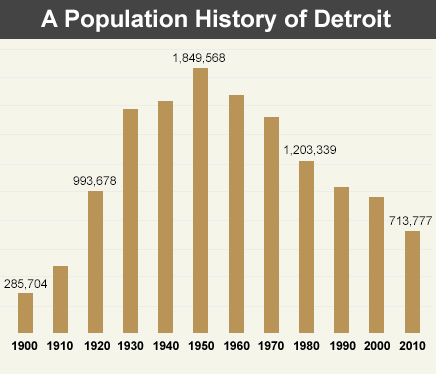 Thanks to the free-market – not the civil rights movement – Detroit became one of America’s most integrated cities as tens of thousands of black southerners moved north.

Detroit’s population peaked in the 1950s at close to 2 million highly productive citizens. But since the 60s it has been a constant downhill slide.

So who killed Detroit?

The champions of the working-man crippled the goose that laid its golden eggs.

Demands for job security stifled innovation, and generous pension plans put a cost structure in place that tied Detroit’s hands when faced with competition from overseas.

Japanese automakers could create a quality car, build ships, pack cars in them, transport them ACROSS AN OCEAN, and still sell them for less. 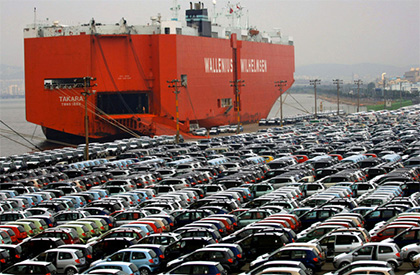 The writing was on the wall, but the unions and their allies in the Democratic Party could not or would not read it.

As market share was lost, so were jobs in Detroit, and the death spiral began. What did union leaders do?

They blamed it on greed.

As if car companies were so greedy that they drove themselves out of business. Michael Moore launched his career on this ridiculous idea.

The creation of low-cost housing for the urban poor, turned out to become known as “the projects.” Crime-infested slums which would be demolished decades later in abject failure after wasting hundreds of millions of dollars. 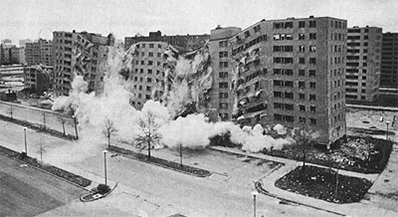 Welfare programs incentivized non-productivity, and the story of all injustices being caused by racism, incited resentment that would later explode in the riots of 1967.

The result is the quagmire which is modern Detroit. Massive amounts of money spent, and conditions have gotten worse.

When police tried to shut down an illegal bar, it resulted in 5 days of rioting that resulted in 43 deaths, 1200 injured, and 2000 buildings destroyed. This kind of thing has a tendency to scare people – and it did. 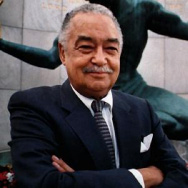 And Mayor Coleman Young did everything he could to speed them along, because as Detroit’s first black mayor, they were the people least likely to vote for him if they stayed.

Of course, they took their tax revenues, their investment money, and any jobs they created with them. But that was Detroit’s problem, not Coleman Young’s problem.

As if things couldn’t get worse, setting buildings on fire became an annual tradition in Detroit every October 30th – They call it Devil’s Night. 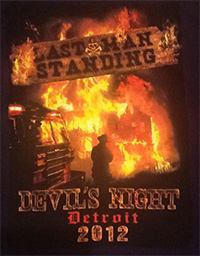 Naturally the prospect of having ones home burned to the ground did little to entice people or businesses back to the Motor City.

But this celebration of lawlessness goes much deeper than just a few fires. The relationship between law and crime in Detroit is very much on the side of the criminal.

The idea that the police are “the problem” has turned into a self-fulfilling prophecy. Less than 10 percent of crimes are solved in Detroit – including arson.

Reckless spending may have bankrupted Detroit – but the Liberal idea of raising taxes to keep the spending party going have broken it.

But as jobs and wealth fled the city, not even a 100 percent tax could pay for the government programs, pensions, and union healthcare programs that big talkers of the past 50 years have put in place.

Supporters of Obamacare would be well advised to observe that 99.6% of retirees medical costs in Detroit are unfunded.

You can’t get blood from a stone.

In Detroit, 40% of the streetlights don’t work, two-thirds of city parks are closed, and 47% of Detroit’s students are illiterate.

A 2012 report suggested that Detroit should fire 80% of its Water and Sewage Department—including a “horse-shoer” it has on staff—despite having no HORSES.

The union response was that there was no way the sewage plant could run with fewer people than it has now.

Detroit may not have streetlights, competent teachers, or policemen, but if a horse gets stuck in your sink, they’ve got you covered.

That is the sad story of Detroit, and no amount of finger pointing by hacks like Ari Melber can change the facts.

But then again, they don’t need to.

Facts don’t matter so much as feelings for many people, and the Detroit tradition of passing the buck is alive and well.

Mayoral candidate Tom Barrow says that the decline of Detroit is a conspiracy by Republicans to steal assets from the city and bust the unions. Barrow’s solution is to do more of what created the problem – spend and tax more.

Some say that Detroit should get bailed out like other communities that have been hit by natural disasters. But there is nothing natural about the disaster in Detroit – it is completely man-made.

The good news is that Detroit could turn itself around, if only liberty were allowed to function.

Detroit needs to default on its debt, slash taxes, eliminate the minimum wage, and relax regulations.

In other words Detroit needs to actually enact the “free market” policies that MSNBC’s Ari Melber mistakenly blames for causing its problems.

Although businesses could not offer the same high paying jobs they had in the past, Detroit would at least be hiring again.

But Liberals would erupt in fury.

They are programmed to consider such developments as greedy exploitation. Liberals would rather the unemployed stay that way rather than suffer the degradations of capitalism.

The unemployed are after all, reliable voters.

So who killed Detroit?

It wasn’t the free market, it was something else…