I got a vasectomy.

I met a girl soon afterwards. She was nice and attractive but with a selfish streak that raised a big red flag. She was 32 at the time and I could practically HEAR her biological clock ticking.

Regardless, she was a good lay, easy on the eyes, and reasonably good company.

I did NOT tell her about my vasectomy and I always used a condom with her to protect against STDs. She assumed, obviously, that the condom was only used for birth control. Silly girl.

We date for a few months. I never made any move towards commitment but she brought it up ocassionally. For me, this was a casual but pleasant relationship. For her – as I was to find out – it was part of life-changing series of events that she was planning very carefully.

Four months into dating, I get the “I’m pregnant” talk. 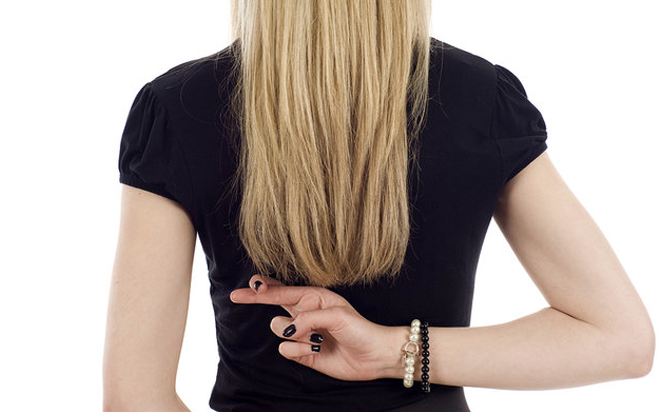 She’s going on and on about how the condom must have broke and now we really need to think about getting married “for the baby”. She’s positively giddy. She has a baby in her and she thinks she’s gonna have a good meal ticket (me) to go along with her new 7lb annuity.

At this point, I’m just as giddy.

I get to pull the reverse “oops” on her. I figured that she slept with some bad boy and got knocked up. Good thing I was using condoms! Better still that I have a serious mistrust of women who can’t think beyond their own uteri.

So I wait a couple of days to “think about all this.”

I meet her again. I say I don’t want kids and that she should have an abortion. I know where this is going and sure enough it goes there. She goes completely batshit insane on me. There were the usual insults about my manhood. There were threats of legal action. It was all very ugly and I was loving every minute of it.

Well, I let her stew for a few days. She leaves me nasty messages on my phone. She sends awful emails. I’m laughing hysterically.

Finally, I get a letter from a shark attorney stating he has seen the other documents and is prepared to litigate against this woman if she continues to communicate with me in such an unpleasant manner. Also, the letter states that we will insist on DNA testing to show that the baby is not mine. I’m ready.

I meet with this woman at her place. I bring flowers and a small bit of jewelry to show I am willing to reconcile and assume my responsibilities as a new father. I also have stuck in my pocket the documents I have prepared.

She’s all giddy again. Her plan is going perfectly – or so she thinks. We talk about our future. We have some pretty good sex. Then, as I am about to walk out the door, I ask her the $64,000 question. “Are you sure that this baby is mine?”

Hell, she ought to. Her plan could completely unravel if there is ANY question about my paternity. Oh, she’s really screaming now. How dare I question her morals. Do I think she’s a slut. I’m just trying to weasel out of my responsibilities… blah, blah, blah, yadda, yadda, yadda.

I’m not really mad. I’m kind of embarrassed for her.

But since she won’t shut up and the neighbors can hear all of this, I ask her to step back inside and sit down. She sits on the sofa and calms down a bit. She is glaring at me with all the moral self-righteousness that only a woman can muster up.

She thinks she has me trapped. She is 100% convinced her plan has worked.

Oh, the tangled web of lies and deceit she has wrought around herself and I am about to hack through them with a few pieces of paper.

I reach into my pocket slowly. I extract the three pieces of paper and unfold them slowly and deliberately.

I tell her simply, “You’re screwed”.

Her look doesn’t change. There is no way she can fathom what I have prepared.

I continue. “I am sterile”

Her look changes just a bit. Something is beginning to sink in. Naturally, she reverts to women’s logic. “You’re full of shit. You’re trapped and you know it.”

I hold up the letter and the test results. “Three months before we met, I had a vasectomy. Here is a notarized letter from him stating what I had done. Here are two test results showing that I tested negative for the presence of sperm. Blanks. I am shooting blanks. That baby inside you is simply not mine.”

This woman is not to be swayed by logic and clear documentation. “Bullshit, those are fakes.”

I was ready for that. “No, they are real. This last piece of paper is from my attorney. It’s a simple letter to you that states if you pursue any kind of legal action against me for child support that I will insist on a DNA test to prove paternity, that is, to prove that your baby is not mine.”

I give the woman all the documents.

She reads them slowly, deliberately. With each passing second she can feel in her soul that she has made a very bad mistake. With denial swept away, she started to cry. It’s a small cry at first. Then it becomes deeper and more painful. By the time she gets to the letter from the lawyer she is sobbing.

I had no sympathy for her. I turned and walked out the door. Even after I closed the door I could still hear her sobbing.

I never heard directly from this woman again. I did hear through my friends that she did indeed have the baby. I also heard that the real father was some guy in a band she had met. I assumed that after 30, women stopped going after musicians, bikers, criminals, and thugs.

This story originally appeared on Seattle Craigslist, 2007 and was a featured topic on the Tom Leykiss radio show.