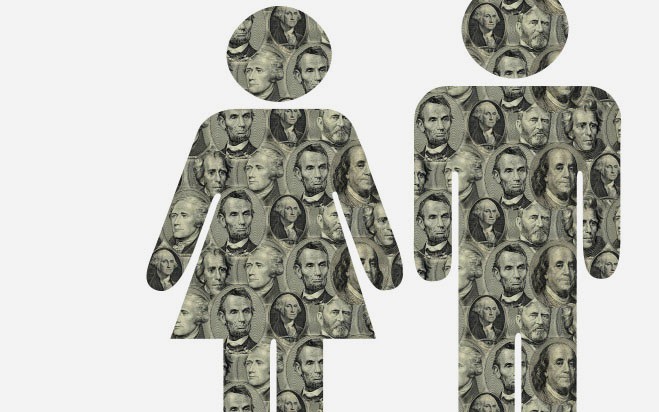 While interviewing candidates for a UX designer position, I asked them what their salary expectations were.

Both were fresh graduates, from the same school, with the same project work in their portfolios, and with no real world experience. Their resumes were nearly identical.

They were as alike, on paper, as any two job candidates will likely ever be. Except that one was a young man, and the other a young woman.

So when I asked them, “How much?” I expected very similar answers, but that is not what I got.

One of them looked uncomfortable talking about money, conceded that they didn’t have much experience, and because they would be taking an entry-level position, an entry level salary of $30,000 would be adequate.

I’m not sure I was able to hide my surprise, but what I was thinking was, “You just graduated last week and you think you’re worth 90 grand?”

Making a demand like that takes a lot of balls.

Except that it didn’t. The candidate demanding $90,000 was the young woman, not the young man.

Meeting afterwards with my colleagues – all men – to discuss which candidate to hire, we were evenly split.

Some, including myself, saw that they were identical in capability but that the guy was a better “deal.”

Others, including the CEO, thought that the woman’s attitude would translate to a superior performance and would be worth it. As a compromise, we hired both.

These otherwise identical candidates were hired to identical job positions, but the woman was paid THREE TIMES as much as the man.

Was it discrimination? Sexism? Patriarchy? A War on Women?

Obviously, it was none of those things.

She was paid three times as much because she asked for it. This disparity in salary had nothing to do with sex, or with qualifications, and everything to do with personality.

It wasn’t sexism, it was ‘personalityism.’

And how telling that the woman was confident, assertive, even aggressive, character traits that are usually associated with masculinity. While the man had more feminine traits such as being demure, self-deprecating, and compliant.

I’m constantly reminded of this experience when some well-meaning politician, or some irate feminist, starts quoting statistics on how women are paid only 77 percent as much as men.

How much of that statistical difference I wonder, is based on personality rather than sex?

I’m guessing the number is higher than zero.

Probably a lot higher, though how much I do not know, and neither does anyone else.

Politicians and feminists like to say that the difference is due to discrimination. And it certainly would be discrimination if women were doing the same work as men, for the same hours, with the same amount of training and experience.

But study after study has shown that those things are not the same.

Unlike my example where the two candidates were equal in every measurable way, real life and real people are seldom so equivalent.

As painful, or as inconvenient, as it may be to some, it turns out that men and women are different. And constantly repeating the 77 percent statistic does not make them the same.

For example, some women are mothers and some men are fathers. Does the fact that both are parents mean they earn the same amount in the labor market?

There is really nothing mysterious about this either.

And as for men with children, should it be any surprise that men with more mouths to feed work more hours, or take on more demanding or dangerous jobs to earn more money?

They do. More than 90 percent of workplace deaths are men. Yet well-meaning politicians and irate feminists never complain about that disparity.

It isn’t that women cannot do the more dangerous jobs, or that they are being discriminated from doing so, it is something much more simple.

They overwhelmingly choose not to.

Even in the professions, other differences arise.

As in most other professions, people do not get paid for their job title. They get paid for what they actually do.

Even when you compare men and women with the “same” education level, they study very different subjects, with very different earning potentials. A degree in Engineering and a degree in Gender Studies have nowhere near the same earning power.

Just being able to compare men and women who are very nearly equivalent is a rare thing, as in the case of the young designers I hired.

If women truly were only paid 77 percent as much as men for doing the same job, then why would any “greedy” corporation ever hire a man? If they hired all women they could cut their payroll by 23% and run all their competition out of business.

The fact that they do not do this, shows that the 77 percent fable is just that, a made up story.

Recently President Obama signed an executive order on equal pay for women. This announcement was of course met with much applause from people who don’t know any better. But it also led to some embarrassment when members of the press asked why women on the White House staff, earned on average only 88 percent as much as male staff?

Press Secretary Carney was quick to point out why the discrepancy at the White House was misleading, and why it didn’t indicate any kind of discrimination… and he was RIGHT.

And the same reasons apply to everywhere else.

Some time after my company hired the two young grads, business slowed down and one of them had to be laid off. It’s a sad truth of the business world, but sometimes difficult decisions have to be made.

I’m sure he found a new job somewhere. But he’s probably still underpaid…