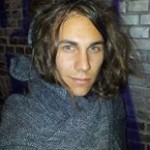 In the face of child molestation scandals, Pope Francis I announced this past June, that he would resolve the ‘problem’ of clerical celibacy.

One solution would be to remove the ban on clerical marriage. In 1975 the Church recognised the importance of sexuality, stating:

“The human person is so profoundly affected by sexuality that it must be considered as one of the factors which give to each individual’s life the principal traits that distinguish it.”

But why has celibacy been required of the clergy at all? Especially since the earliest Christian priests and bishops participated in the human sexual experience like other men of their times.

Sexual desire is natural to humankind and is a self-serving creative force to attain what we lack or desire. The Church however is critical of lust as it runs counter to the Christian objective of seeking God in spiritual and not physical pleasures.

“For the flesh lusteth against the Spirit, and the Spirit against the flesh: and these are contrary the one to the other: so that ye cannot do the things that ye would”. — Galatians 5.17

In short, it’s impossible to concentrate when overcome by sexual longing. But the Church fathers also used these words to support the perceived evil of the flesh, an idea which took root in Christianity by contact with other Mediterranean cults.

Chastity was highly valued by early Christians, and a Christian who partook in unchaste acts was labeled a fornicator. But with regards to sex, even the saints themselves sinned. 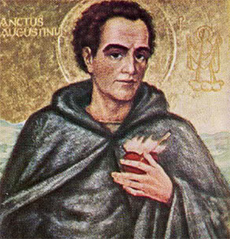 Fourth century bishop Augustine, described the relationship with his mistress as “a lustful bargain of love”. In fact, Augustine felt so guilty about the whole thing that he wrote lengthy confessions on the subject, admitting:

“What held me so fiercely bound [to her] was foremost the sheer habit of sating a lust that could never be satisfied.”

Augustine wasn’t alone in his lust. Priscillian of Avila, a Spanish bishop in the fourth century, was accused (among other things) of praying naked in the company of ‘disgraceful’ women

And in the sixth century another Spaniard, the holy man Aemilian from Rioja, was accused of having his stripped body washed by a throng of naked virgins.

In monasteries and nunneries too, clergymen struggled with their lust. When a Portuguese monk, Tarra, was accused by his bishop of visiting prostitutes, he wrote to his king begging for royal intervention.

It’s rare for the clergy to express its struggle with sexuality, but this exceptional letter shows us that even monks struggled to resist sexual urges. We also see that sex scandals have been political weapons since ancient times.

Sexual drive was such a problem that one Christian teacher, Origen, worried for his reputation walked alone into the desert. Seeking to quell his lust, he fell to his knees, brought the great stones down between his spread legs, and crushed his manhood and his sexuality.

The story of Origen’s self-mutilation is most likely an invention by Alexandrian bishop Demetrius, told to discredit Origin as a political enemy, but it sufficiently caught the attention of the ancient world that historian Hieronymus wrote it into his Ecclesiastical History.

Now castration with rocks obviously wasn’t an appealing solution to lust so the clergy sought compromise in holy matrimony under the watchful eye of God. Our monk Tarra, wrote to his king that:

“…since the passing of my wife… not once has a woman brushed my lips with her kiss… [I swear it by] the Father, Son and Holy Spirit.” 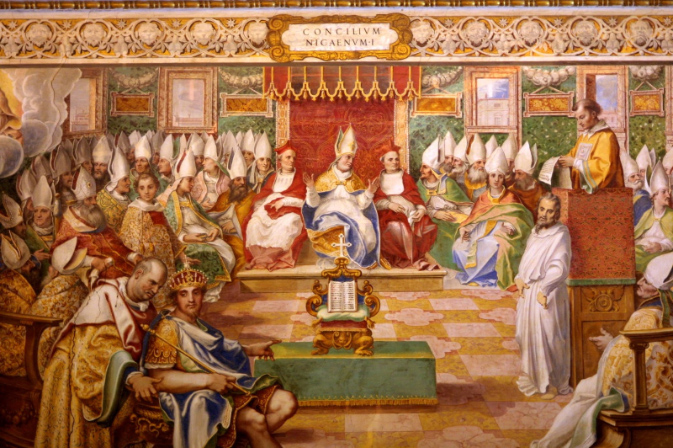 When Catholicism was codified at the 325 A.D. Council of Nicaea, clerical celibacy was not yet canon law. In fact in the early Church a man’s capacity to care for his wife and family showed his capacity to lead the Church.

Christian clergy were to be virtuous in their sexuality, but neither abstinence nor celibacy were expected—bishops and priests had sex, had families and produced whole dynasties, passing their authority from father to son to grandson and between brothers.

Though the bishops had every reason to produce offspring, propagate, and enjoy their sexuality, another force was at work: ascetic monasticism which had penetrated Europe from the far depths of the Egyptian desert.

There cultic hermits taught that sexual abstinence, prayer and fasting led to heightened spiritual power. From the third to sixth centuries these forces struggled to define Christian sexuality but in the end it was the desert mystics who gained the upper hand. Carnal and conjugal relations were denied to the clergy leaving many with an immature, fragile and problematic sexuality.

In the coming debate over the relevance of clerical celibacy to the modern Church, it would be wise to consider celibacy in its historical context and realise that despite their deep spirituality, clerics remain sexual beings with needs and desires like everyone else.

For the full story of Carnal and Conjugal Love among the Bishops of Late Antiquity on Academia.edu.