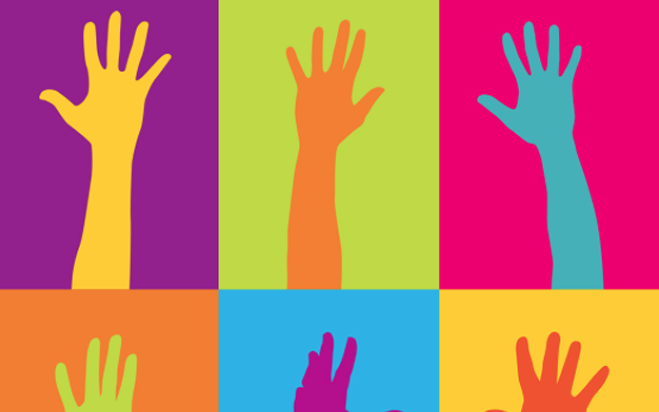 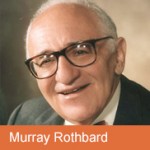 Most people consider ‘government’ to be an institution of social service. That’s why people elected to government are called civil ‘servants.’

Others regard it as an organization for achieving the highest goals of mankind, a system to oppose the ‘ravages’ of the private sector.

In democracies, it is not uncommon to hear the phrase, “We are the government.” This belief has a calming effect, but the use of the word “We” camouflages reality.

For if “We are the government,” then anything done by government to an individual is not only just, but also voluntary.

For example, if the government incurs a huge debt, the reality is hidden by saying, “We owe it to ourselves.”

Or if a man is imprisoned for his views, or even his race, by the government, then he is putting himself in jail, because ‘he is the government.’

Under this line of reasoning, any Jews murdered by the ‘democratically elected’ Nazi government were not murdered. Instead, they ‘committed suicide’ since they “were the government.”

It is absurd. Yet many people persist in this belief.

Another belief is that democratic government represents the will of the majority. But even if it did, even if 70 percent of the people decided to murder the other 30 percent, this would still be murder and not voluntary suicide on the part of the minority.

Catchy slogans like, “We are all one,” may disguise this fact, but none can change it. 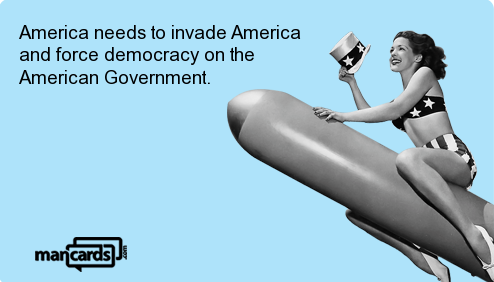 In short, the government is an organization that claims a monopoly on the use of force.

Where other organizations and individuals obtain their income by the peaceful exchange of goods and services; government gets its income by the use of force.

The threat of jail for failing to pay a tax is the use of force.

Having used force to obtain its funding, the government then goes on to regulate and dictate the other actions of its subjects.

For example, a group of individuals, calling themselves a company, may offer a product for sale. As much as that company may like to ‘force’ people to purchase its product, it cannot.

It must compete with other groups offering similar products. That is unless it lobbies government to enact ‘force’ on its behalf.

This is what occurred in the recent Obamacare act, where individuals are now ‘forced’ to purchase a product from companies that sell health insurance. What was once voluntary and peaceful, is now compelled by force.

Whether applied to agriculture, education, space exploration, or of course warfare, government is the instrument of force.

2 thoughts on “Are “We” the Government?”