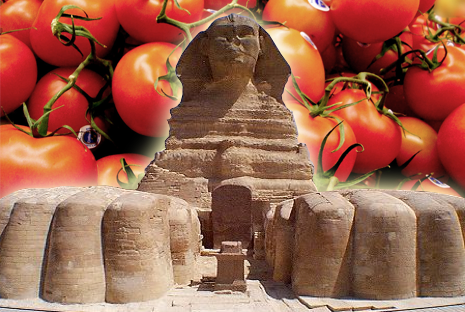 Apparently the people in Egypt have risen up and demanded to throw the bastard out. Exactly why remains a bit of a mystery.

Sure, you can choose the news outlet of your preference and be fed a story, backed up with cherry-picked interviews, to re-enforce whatever it is you would like to believe.

But what is really going on? And why?

Understanding the “why” depends on understanding what has happened before. Cause and effect.

Just a little more than two years ago, Egyptians were marching in the streets demanding an end to the 30-year reign of Hosni Mubarak.

It was thought then, that all of Egypt’s woes would be cured with a new leader in place.

I wrote at the time, “running the bastard out of town is only half the battle, because there are always plenty of bastards waiting in the wings to jump in front of the parade.”

Just last month, the Egyptian court convicted 43 people of using foreign funds to foment the overthrow of Mubarak. Sixteen of those convicted were Americans.

This begs the question, “Was the Egyptian Revolution a peoples movement, or driven by someone else?

In Mubarak’s place, stepped Mohamed Morsi, a leading figure in The Muslim Brotherhood. Thousands of people gathered to celebrate his victory as Egypt’s new President.

Before Morsi came to power, President Obama was outwardly critical of him. But afterwards, Secretary of State Hilary Clinton said, “The United States is doing all it can to “support the democratically elected government and to help make it a success…”

Whether this was just happy talk for the TV cameras, we don’t know. But with such an endorsement and such a pledge of assistance, what could possibly go wrong?

Quite a lot it would seem.

Last week millions of Egyptians took to the streets again. This time to throw the new bastard out – the one they just elected a year ago.

So much for democracy.

Various explanations for the crowds have been offered. According to Bloomberg, people were unhappy with high levels of unemployment and rising food prices.

But how does rioting in the street create a job? Or food?

Did they elect Morsi expecting that he had a truck full of food or money to be handed out?

Did they think that Morsi had a great big bag of money just waiting to be given away?

It is a childish notion to expect government to provide food or employment.

We are often shielded from this fact, because the great abundance in the West permits such abuses to be carried on without riot-creating results.

But in a desert nation like Egypt, where is the food to come from? The government cannot simply proclaim, “let there be food.”

Someone must either grow the food, or create something else of value that can be traded for food. Wealth must be created, it cannot be handed out if it does not yet exist.

Some might say that the government should create jobs for the people to grow food. That way they can use their wages to also buy the food they just grew.

But if people were going to buy food with their labor, why not just grow the food directly?

Perhaps there is something about the current governance of Egypt that prevents the people from doing so. I don’t know.

Or perhaps the people have just adopted the childish notion that government is some kind of piggy-bank to be smashed if it isn’t providing for them in the way they would like.

If the crowd stopped to think for more than a second, they might realize:

It appears that these riots may be more the product of misplaced expectations than anything else.