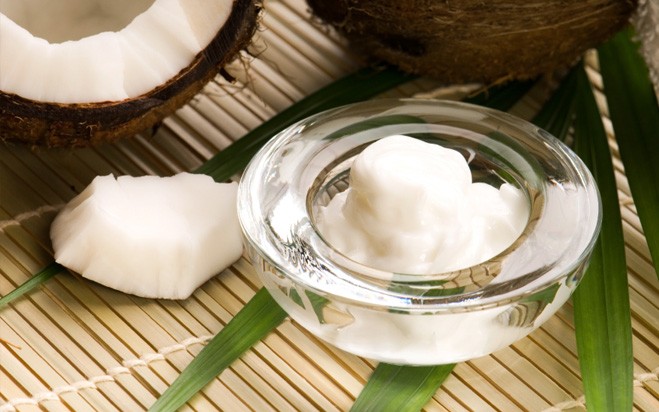 You might have noticed that for the past 50 years or so, the healthcare industry has been saying that saturated fat is bad.

Multiple studies on Pacific islanders who get 30-60% of their calories from coconut oil, show that they have nearly zero cardiovascular disease.

So if coconut oil is so great, why don’t we use it?

Before the Second World War, coconut was very popular as a cooking oil in Western countries. But when the Japanese occupied much of Southeast Asia, the supply was suddenly cut off.

So manufacturers began to develop other sources of cooking oil – and the polyunsaturated era began.

By the time the war was over, there was a lot of money at stake in the polyunsaturated vegetable oil business.

Around this time the edible oil industry began to denounce all saturated fats and heavily promote canola, soybean, and corn oils, in what can only be termed a giant PR campaign.

Saturated fats were blamed for raising cholesterol, and cholesterol was portrayed as the evil enemy, responsible for the rise in heart disease.

By the early 60’s, public opinion had turned against saturated fats like butter and coconut oil.

Nevermind that the rise in heart disease happened at the same time polyunsaturated fats were made popular in the US.

Nevermind that the rate of heart disease in the Philippines and Vietnam are one-tenth that of Germany, the UK, and the US.

The new vegetable oils were “in,” and touted as “heart-healthy.”

The relatively poor nations that produce most coconut oil, were in no position to counter the ad campaigns from big agribusiness, nor did they have any influence over various ‘studies’ or government officials who were damning their product.

Science and good health took a back seat.

But coconut oil is making a comeback. The truth, like the sun, can only remain hidden for so long.

What has been learned since then, is that not all saturated fats are created equal – and the key word is “created.”

Some saturated fats – like coconut oil – occur in nature, while others are artificially created by a process called hydrogenation.

Hydrogenation manipulates vegetable oils by adding hydrogen atoms. The benefit of hydrogenation is increased shelf life and has nothing to do with health.

Hydrogenated vegetable oils are generally considered bad by healthcare professionals, and should be avoided.

When the truth finally came out, beginning in alternative news, trans-fat was revealed as the true culprit to good health, regardless of what the vegetable oil industry had been saying for five decades.

Coconut oil is the healthiest oil of all. You may find it surprising that the natural saturated fat in coconut oil has amazing health benefits, like:

How is that possible?

Does coconut oil have a secret ingredient that other oils do not? The answer is “Yes!”

50 percent of the fat in coconut oil comes from a rare substance called lauric acid. Your body converts lauric acid into monolaurin, which has anti-viral and anti-bacterial properties.

Monolaurin is nature’s disinfectant, and coconut oil contains the most lauric acid of any substance on Earth!

But that’s not all.

Coconut oil is mostly made up of “medium-chain triglycerides,” (MCT) while other vegetable oils are mostly “long-chain trigycerides” (LCT).

Farmers in the 1940s accidentally discovered this when they gave coconut oil to their cattle in an attempt to fatten them. It didn’t work. Instead the cows became more active, lean, and hungry.

So how did an oil that is so healthy, get such a bad reputation?

But for optimum health, you should definitely seek out the best quality natural coconut oil you can find. More and more grocery stores are beginning to stock it again as demand rises, or you can always find it online.

Cook with it, use it on your skin, eat it by the spoonful if you like. It’s delicious and healthy.

Your body will thank you for it.

3 thoughts on “The Truth About Coconut Oil”