People want to eat healthy, or at least they say they do, but how many people actually take the time to figure what is healthy or not?

Here’s a hint: just because the label says it’s “healthy” doesn’t mean it is. Here are seven foods you should avoid:

An unfortunate by-product of the ‘health craze’ is that a number of healthy foods have been shunned in favor of much worse ‘solutions.’ Perhaps there is no worse offender in the case of margarine replacing butter for millions of people.

Meanwhile, butter is rich in something called Conjugated Linoleic Acid, which is known combat both cancer, diabetes, and may even help you lose weight.

Butter became vilified in the early days of the “low-fat” craze because it contained a high level of saturated fat. Somewhat later it was discovered that saturated fat is good for you, but the damage to much of public opinion had already been done. 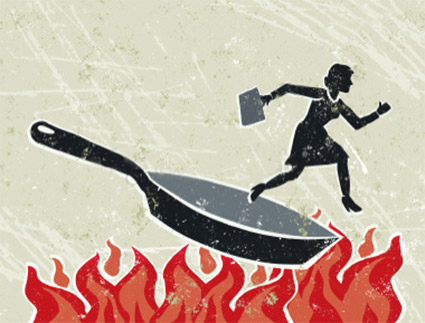 According to the USDA, 89% of soy is genetically modified, and that number is only going up. The soy has been modified to withstand Monsanto’s herbicide RoundUp whose active ingredient is Glyphosate.

Glysophate is toxic to the human placenta and has been linked with birth defects and miscarriages. Soy has also been linked with digestive problems, thyroid dysfunction, immune system breakdown, and lower sperm counts.

Even if you are not a vegetarian, its important to “read the label” as soy can be found in protein bars, soups, breakfast cereals, and in many other common foods.

Often the presence of soy is disguised under another name like, “textured plant protein.” If you must eat soy, look for products that have been “fermented” a process which drastically reduces the harmful effects.

You should avoid canned foods in general, but canned tomatoes especially. Most canned goods contain some residual BPA which has been linked with breast and prostate cancer, diabetes, and other health issues. The high acidity of tomatoes leeches the BPA from the can and carries it into your food.

According to Consumer Reports, just a few of servings of canned food can exceed the daily limit of BPA exposure for children. Stick to fresh fruit and vegetables or switch to brands that use glass jars if you can find any.

All those canned soups that are supposed to be “hmm, hmm, good,” are “yuck, yuck, bad.” 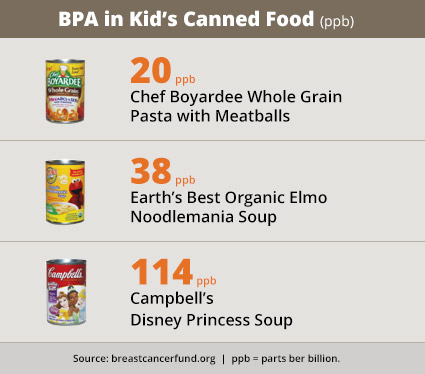 Poison in a bag. Specifically perfluorooctanoic acid and perfluorooctane sulfonate, which are chemicals used to keep grease from leaking through wrappers. When the bag is heated up these chemicals are absorbed in part by the food.

These chemicals have become known as “gender-benders,” as they are known disrupters of hormonal systems. A study from the journal Human Reproduction found a 60 to 154 percent increase in the chance of infertility with exposure to these chemicals.

They have also been associated with cancer in four different organs in animal studies, and have high levels of LDL cholesterol (the bad kind).

A favorite of new-age dieters, then crunchy snacks barely contain enough nutrition to be considered food. Although they don’t contain anything poisonous like other items on this list, they are essentially processed starch.  They provide a short term boost in metabolism as long as you keep eating them, at the cost of a rebound in blood-sugar afterwards.  They’re a waste of chewing.

Even worse the most prevalent artificial sweetener Aspartame contains phenylalanine, an unstable molecule that can easily break down into methanol, the chemical used in antifreeze, and is poisonous to the central nervous system.

Most animals have a protective system that converts methanol to harmless formic acid, humans however do not, and animal studies showing the safety of phenylalanine should not be taken as conclusive. The approval of this substance was rammed through the FDA by none other than Donald Rumsfeld, who was then the president of Searle, Inc. 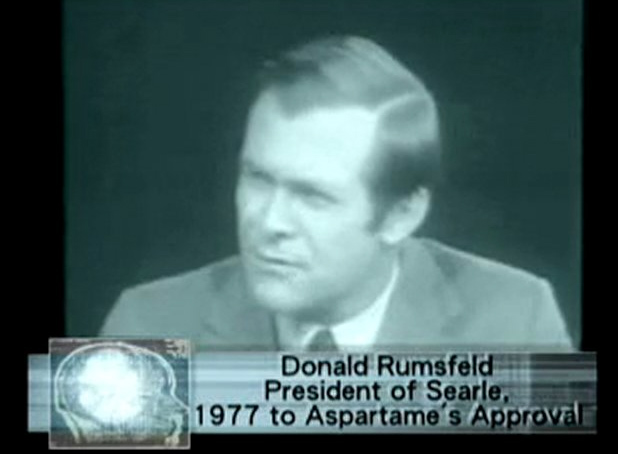 Cancer in a can. Loaded with acrylamide, a highly toxic carcinogen, the State of California actually sued potato chip makers for failing to warn consumers about the health risks of their products.

A settlement was reached when the potato chip makers agreed to lower the acrylamide level below that needed for a cancer warning. But you know what they say, “Once you pop, you just can’t stop.”

This warning also applies to French Fries. An average serving contains 500 TIMES the USDA allowable limit of acrylamide. You can read all about it on the big warning sign under many McDonald’s drive-through windows.

How is it that these harmful foods continue to be sold and consumed? In part it is simple demand from a public that is too trusting. And in part it is that the regulators themselves have a conflict of interest. Agribusiness contributed more than $11,000,000 dollars to the two presidential candidates in the last election.

This article was informed by the research of Dr. Joseph Mercola.