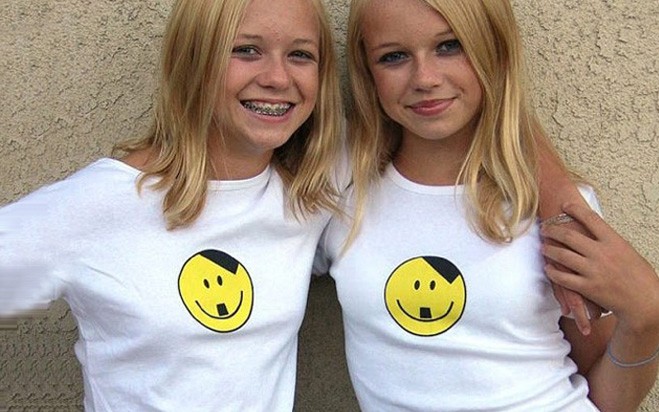 According to George Carlin:

“When fascism comes to America, it will not be in brown and black shirts. It will not be with jack-boots. It will be Nike sneakers and Smiley shirts. Smiley-smiley. Fascism—Germany lost the Second World War. Fascism won it. Believe me, my friend.”

The show’s host, Bill Maher then added, “And actually, fascism is when corporations become the government.”

This is about as deep as a discussion about fascism gets these days. A comedian rants, the host nods, everyone else applauds.

George Carlin is partly right, fascism will come to America in a Smiley face. But he and Maher are also mistaken.

Traced to its roots, Fascism comes not from evil corporations on the Right, but from the helpful governments on Left. This fact has been well hidden by the ever-changing definitions of the word.

The book, The Nature of Fascism, defines it as follows:

“A genus of political ideology whose mythic core in its various permutations is a palingenetic form of populist ultra-nationalism.”

I don’t know about you, but I had to look up palingenetic. It basically means, “re-birth,” though that doesn’t exactly make things any more clear does it?

“Fascism” was founded in Italy, and Italy’s leading expert defines it this way:

“A mass movement… which sees itself as having a mission of national regeneration… and seeks a monopoly of power.”

Okay, a mass movement seeking a monopoly of power. But power to do what?

According to the Dictionary of Fascism, “No universally accepted definition of the fascist phenomenon exists, no consensus, however slight, as to its range, or the modalities of action which characterize it.”

And they see it everywhere—except when they look in a mirror.

The left wields the word like a ‘stick,’ to rid themselves of anyone who they disagree with. After all, no one has to take a fascist seriously.

In short, “fascist” has become a new word for “heretic.”

George Orwell noted as early as 1946, “The word Fascism has now no meaning except in so far as it signifies something not desirable.”

Ask the average, reasonably educated person what comes to mind when they hear the word “fascism” and the response will likely be “dictatorship, corporate power, genocide, and of course “right-wing.”

But none of these “features” are unique to fascist regimes.

Another attribute often assigned to fascism is militarism, not only in the sense of having a strong military, but in applying military methods to everyday life.

Originally, that was an American idea.

In the early 1900s, William James proposed that militarism was a sensible model, not only for war, but for society in general. Mussolini openly admired James and put his thinking to work in Italy’s social programs of the 1920s.

His success garnered many fans in the US, with leading Progressives championing the use of “industrial armies” to create the ideal workers democracy.

Just after his inauguration, The New York Times reported that Franklin Roosevelt, “envisages a federation of industry, labor and government after the fashion of the corporative State as it exists in Italy.”

Even the head of the American Socialist Party, Norman Thomas, described FDRs’ New Deal as fascist. Only an idiot would label an avowed socialist like Thomas as a “right-winger,’ but that is exactly what they did.

The fact is, American Liberals and the liberal press were big fans of Fascism:

And the admiration flowed back across the Atlantic.

Mussolini wrote of Roosevelt’s book, Looking Forward, “Reminiscent of Fascism is the principle that the state no longer leaves the economy to its own devices…”

Even Nazi newspapers openly praised Roosevelt for the, “demand that collective good be put before individual self-interest.”

When Mussolini invaded Ethiopia in 1935, the love affair soured – but only slightly.

Future FDR Vice President Henry Wallace, wrote that it would be “naïve” to blame Mussolini when the real culprit was international capitalism.

And so a long tradition of putting the shoe on the other foot, of blaming capitalism for the transgressions of power hungry leaders out to reshape the world began.

The left shoe had been rammed onto the right foot, and remains there right up until today, with appropriate discomfort.

Those who praise the role of government in solving all problems, whether employment, education, healthcare, or commerce, would be right at home in Mussolini’s Italy.

There is no need for a fascist to be a dictator, racist, anti-Semite, or even an unpleasant person.

So it is no insult to say that today’s Liberals are Fascists. It is historically, and hysterically, accurate.

As George Carlin said, “When fascism comes to America, it will not be in brown and black shirts. It will not be with jack-boots. It will be Nike sneakers and Smiley shirts.”