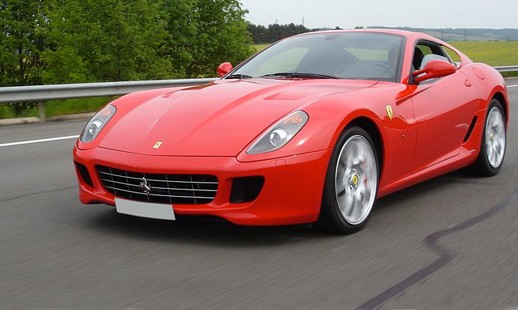 In the never-ending quest to make things affordable, I’ve decided to ‘go big’ and get a free Ferrari. I wouldn’t want to be called greedy, so therefore there will be free Ferraris for everyone.

I suspect that you may not believe me, but why not?

After all people have the right to move about as they please, and a Ferrari is a much more pleasurable way to move about than on foot.

It is an intrinsic human “right” to have a Ferrari, and this can be proven using elementary logic:

This is where most people’s logic stops, they find the answer they like, and that is the end of it.

Either you have a right to a Ferrari, or there is something not quite right with this logic. But what?

The first rule of economics is that resources are scarce.

Or more simply, there isn’t enough of everything to go around, and that includes Ferraris. That is where the word “economize” came from.

On the other hand, virtually anything can be made affordable or even ‘free’ in isolation from “everything else.”

The Government for example could create a program to make Ferraris affordable for everyone.

But ignoring that rule comes at a cost. If all of humanity were put to work creating Ferraris, this would also mean that no one would be making food, clothing, and other every day items, including gasoline to put in the Ferrari.

As precious human effort is wasted creating a luxury item, the basics of life would become more scarce, and thus more expensive.

This doesn’t happen in a free market economy, because most of us take one look at the price tag on a Ferrari and decide to take the bus, or the minivan, or just stay home.

They tell people what is scarce and what is plentiful. And they tell businesses what is needed and what it not needed.

Nothing works as well as this market regulation. Consider some everyday items priced in human effort – or man-hours – not dollars.  In other words, how long does the average person need to work in order to buy the following: 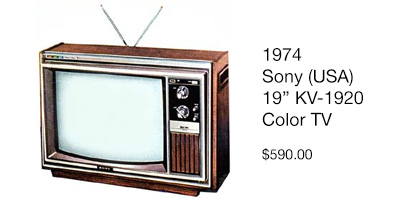 For a person making an average 1974 income, it would take them about 90 hours of human effort to buy a ‘top of the line’ TV.

For a person making an average 2013 income, it takes them only 60 hours of human effort to buy the ‘top of the line’ TV. And it is a fantastically better TV than it’s 1974 counterpart.

Even a person receiving UI benefits can purchase a 19 inch Samsung flat screen TV for 14 hours of being unemployed. 76 hours less than the employed person of 1974.

Measured in televisions, the poor are getting richer, not poorer.

This is true of many things, but not every thing.

This is largely due to the nature of eggs. They did and do come out of the back of a chicken, go into a truck, are packaged, and sold much the same way.

Other items have become more expensive, and in nearly all cases it is due the meddling of others in an attempt to make them “affordable,” or to keep others from making them affordable.

There have been many efforts by intelligent, kind-hearted people to “fix prices,” in an effort to help people. History is replete with their failures, often with tragic results.

No one has killed more people than well-intentioned leaders trying to regulate prices.

Closer to home, the 1970s “energy crisis” and long lines at the gas pump were due more to artificial price fixing than a shortage of oil. There was plenty of oil, but artificial prices stopped it from flowing.

People who complain about the prohibitive prices of housing, healthcare, or college fail to understand that the whole point of prices is to be prohibitive.

Otherwise why go through this whole rigamarole of passing around dollar bills?

Although resources and human effort are limited, they are also plentiful.

We can’t all have a Ferrari, but there is abundance for everyone to live a life of dignity as long as we spend our efforts wisely.

It is human effort, and human effort alone than improves human lives. Not prices, not rules, not money, not politicians, not government, not even Santa Claus.

With enough human effort you can have a Ferrari if you want one.

Or you can have, or do, something else.

The choice is yours; let prices be your guide.

4 thoughts on “Free Ferraris For Everyone!”