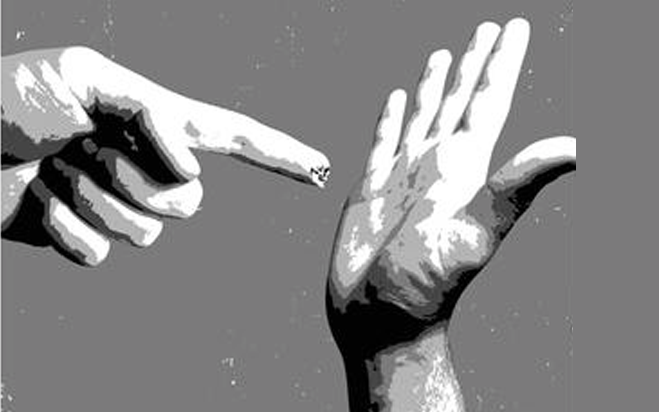 At Salon.com I encounter an article lengthily titled, America’s virulent racists: The sick ideas and perverted “science” of the American Renaissance.

The burden of the piece is that American Renaissance and its honcho, Jared Taylor, are “Hitlerian,” “anti-Semitic,” and hold “extremist views.”

These are grave accusations, implying among other things a desire to kill all Jews, Gypsies, Slavs, and so on.

I found this interesting.

Several years ago I received an email from Jared Taylor, who apparently read my column, Fredoneverything.net, asking me to address AmRen’s annual conference to talk about Mexico and Latin America. I knew little of AmRen at the time except that it was said to be venomously racist.

I thought it would be interesting to see such a group, and reasoned that telling them the truth as I knew it of Latins could hardly be pernicious no matter who they were.

On arriving at the conference site, a hotel near Washington, D.C.’s Dulles Airport, from my home in Guadalajara, I looked for Jared, wondering what he would be like.

I knew a little. I had learned that he grew up in Japan, had attended Japanese schools, and thus spoke perfect Japanese. He had also picked up an advanced degree in a French university, and spoke good French. Whatever he was, he wasn’t stupid.

He proved to be a courtly man, slim, and in perhaps his late fifties. We chatted briefly, he being busy running the convention.

I asked him what topics he wanted me to address. “Anything you like, as long as it’s about Latin America.” That was the limit of his guidance. Given that I live in Mexico, have a Mexican wife, and speak Spanish in the home, he can hardly have expected a denunciation of Latins.

I then set out to see what manner of wights the conventioneers might be. I had learned that members of AmRen were opposed to massive immigration from the south, believed blacks and Hispanics to be of lower average intelligence that whites, were alarmed at high rates of crime by blacks and Hispanics, believed that American policies were a failure, opposed compulsory integration, and wanted to preserve white European culture.

Why these were described as extremist or ideas of the fringe eluded me.

Huge numbers of Americans opposed immigration, large numbers all through society agreed quietly as to the intelligence of blacks, much of the population quite liked white European culture, few thought racial policy a rousing success, and it was obvious from housing patterns that people usually liked living among their own.

While one might disagree with any or all of these ideas, they were in the main stream of American thought. They simply were not favored by the dominant elites.

I found the attendees to be well-dressed, well-spoken, and well-educated, with name tags affixed to their jackets in the standard manner of conventions. As I remember they ran to middle-aged or older and, though certainly with exceptions, middle class, civil, and leaning toward dweebish.

They seemed more worried than hostile. A society they valued was, at least as they saw it, being overrun by alien peoples.

The white supremacist label puzzled me. I didn’t know what one was. Was it someone who wanted to rule over non-whites?Or someone who thought whites superior to all other races? Neither fit. It quickly became evident that these people did not want to rule over anyone. They wanted to be left alone.

Nor did they seem obsessed with racial superiority. As a group they tended to accept the validity of IQ testing, which in intelligence puts humanity in the order Ashkenazi Jews, North Asians, Caucasians, Hispanics, American blacks, African blacks.

While one may question this, it was hard for me to see how people who regarded whites as intellectually inferior to North Asians could quite be called white supremacists.

Jared, as I would later learn, had often and on the record expressed his belief in the superiority of North Asians.

I gave my address, telling the assembled that not all was darkness south of the Rio Bravo. While I didn’t think unrestricted immigration a good idea, I said, there were nonetheless in Latin America modern countries that successfully operated airlines and telecommunications services, built commercial airliners (Embraer of Brazil) had first-rate thinkers and writers, and so on. I either said or implied—this was years ago—that thesefacts were not consistent with the low intelligence attributed to southern countries. The audience received this civilly, though it was not what they had expected to hear.

And that was that. No Nazi salutes, swastikas, KKK banners, exterminationst talk. No mention of Jews at all. Of whom there were a fair few in the group. Whatever the AmRenners were, Brown Shirts they were not. A convention of dentists would have been more exciting.

All of this fit poorly with Professor Sussman’s vituperation.

The next time I saw Jared was about a month ago, when I was in Washington for a high-school reunion. He invited me and my (again, Mexican) wife, Violeta Gonzalez, to dinner at his home in the Virginia suburbs. We accepted.

From the standpoint of the anthropology of extremism, the evening was a failure. His wife and adolescent daughter were gracious and hospitable and spoke sometimes in English, sometimes in French. We talked mostly of linguistics, in which all had an interest, and Jared and I of military history, which he knows particularly from side of the Japanese, whom he admires.

One thing he categorically is not is anti-Jewish. I have known a few serious anti-Semites. They are obsessive, constantly launching into the dammed Jews this, and the Jews that, and who do the Jews think they are, etc. Jared does not. This is not surprising. He is a proponent of white European civilization, to which Jews have been major contributors.

There you have Jared Taylor and American Renaissance as I have known them. Perhaps they engage in human sacrifice in some secret cave. If so, I am unaware of it.

Yet here we have Professor Sussman, who obviously did little research, writing in Salon of AmRen: “when a group publishes a journal and holds conferences preaching pro-Nazi, anti-Semitic, xenophobic, and racial hatred and glorifies such hatemongers as Adolf Hitler, Jesse Helms, and David Duke . . .”

How is that again? The archives of American Renaissance are online, and video disks of its conferences are for sale to anyone who wants them. If Professor Sussman will send me a link to a glorification of Hitler by Jared, or to evidence of his pro-Nazism, I will apologize to the professor, and sever relations with Jared. I wait.

It is one thing to disagree, however forcefully, with a man’s opinions, as in fact I disagree with some of Jared’s views. It is quite another to engage in fabrication, as if I were to describeMr. Sussman as a homosexual child-molester. His descriptions of Jared are highly defamatory if he cannot back them up, damaging to a man who makes his living as a translator in legal transactions between Japanese and American firms and, to the best of my considerable knowledge, utterly false.

Otherwise he is just stringing together every hostile epithet he can think of. He displays actual malice toward Jared as distinct from a difference of opinion, and a reckless disregard of truth that should embarrass a cub reporter on a small-town newspaper.

If I had submitted the Salon pierce to a desk editor at any of the publications for which I used to write—for example, the Washington Times, Washington Post, Harper’s, Playboy, or Army Times—the editor would have bounced it, and very likely told me to leave and not come back.

His first question would have been, “You did talk to Taylor to get his side of this…didn’t you?” He then would have continued, “Your source for this is?…and for this?…and this?…and this?” Newspapers have a keen instinct for self-preservation, and libel suits can be very expensive.